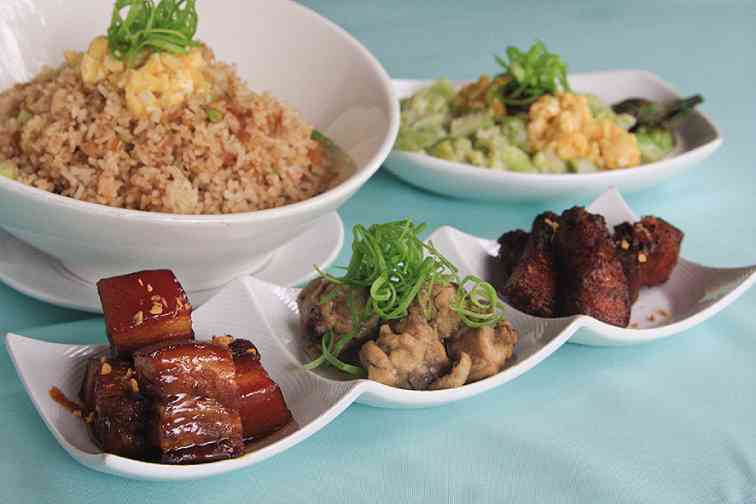 Daluyon in Palawan means “wave” and strong waves prevented me from showing off my swimming skills in Sabang, a town known as the launch pad to the now famous Underground River.

It was two weeks after the “perfect storm” and its effects still seemed to be felt there.  Daluyon is the name of the beach and mountain resort which provided me with lessons on energy saving and environment preservation and, thankfully, tastes of local cooking.

Palawan has always been conscious of preserving the environment, so our first outing was a boat ride through a mangrove forest guided by those who protect them. A visitor is encouraged to start a mangrove tree by sticking a seed that has germinated into the sand.

Of course, the first thing that came to mind was the tamilok (shipworm), which usually hides in the crevices of the branches of the mangrove tree, known as bakawan. I had refused to taste the exotic delicacy before. I had thought I couldn’t eat the slimy worm with its one big eye looking like a figure from outer space.

But the kitchen at Daluyon presented me with a kinilaw of tamilok with a bit of sliced onion and tomato contained in a crisp cup made of wanton wrapper. People who have described tamilok as tasting like oyster are correct. You won’t know until you try it.

We had the usual fresh squid, prawns and fish that were grilled just right. But when proprietor Butch Tan Jr. saw how excited I was when the paksiw na dilis (anchovy stewed in vinegar) was brought out, wrapped in banana leaves presented beautifully with boiled kamias (bilimbi) standing like posts on one side, he said he knew what I was looking for.

It’s a sad fact that many restaurants across the country only have generic items on the menu—the usual noodles, sinigang of seafood or meat, adobo. Perhaps they can learn from this

resort restaurant that presented adobo three ways—cooked with achuete (annatto), with soy sauce and with plain vinegar. So that’s a good starting point to explain to visitors (local and foreign) the many kinds of adobo we have.

What should be there as well are ingredients that can be found at the place, or a way of cooking identified with the province, a specialty. And so it was great to find that instead of just steaming alimango (mud crab), the crustacean was cooked in coconut milk making for a richer, very Filipino dish.

And how great to hear that we were to have a future dinner using fish that could only be found in Palawan and shellfish from a nearby river.

Breakfast prepared us for the tour of the Underground River. There were breads cooked on site such as whole wheat pan de sal with malunggay, very trendy and very healthy. The health angle extended to a “power drink” made up of energizing juices.

I stuck with solid food for breakfast so I didn’t get hungry when our boat guide pointed to certain stalagmite and stalactite formations as looking like carrots or Baguio pechay.

The dinner I knew was not part of the menu but illustrated the possibilities of doing Palawan cuisine. For appetizer, there were three kinds of seaweed given the vinegar treatment. The branch-like guso was pickled (atsara). The grapelike lato (arosep) was made into a salad. The spaghettini-like lukot-lukot was served as kinilaw. But the latter is not supposed to be a seaweed but is said to be the secretion containing eggs of a certain kind of mollusk.

Soup had a shellfish called parus from the Cabayugan river in Sabang. The broth was mixed with buko (young coconut) juice and made aromatic with lemongrass then served in a buko shell.

The main dishes included the suran or sorahan, fish that had a hammer-like protrusion on its head. I only saw this in Palawan, quite milky and delicious and grilled perfectly that day.

Another grilled Palawan fish was lipti, also a white fish with yellow polka dots on its skin.

Chef Jojo of Daluyon must have been inspired because he had a parting dish of native chicken cooked in tuba just before our return to downtown Puerto Princesa.

And if you think going native was all that one can have in Palawan, there are excellent desserts as well, such as mango napoleon, cheesecake mousse with berry compote, L’Opera and banana turon.

And what’s a vacation without drinks to unwind and prepare you for the meal ahead? A bartender is on hand to make you a proper martini, margarita, and whatever your “poison” as they say. Someone who has stayed there liked the food but said they should have a menu for children as well.

Yet I think the plus is how conscious the resort is about saving energy with its solar power supply for lighting. It has also installed inverter air-conditioners to save on electricity. It harvests rainwater and recycles wastewater for use in garden irrigation. It also uses low-flow shower heads to save on water. It likewise uses oil for tea lights.  In fact, Daluyon has won the Asean Green Hotel Award.