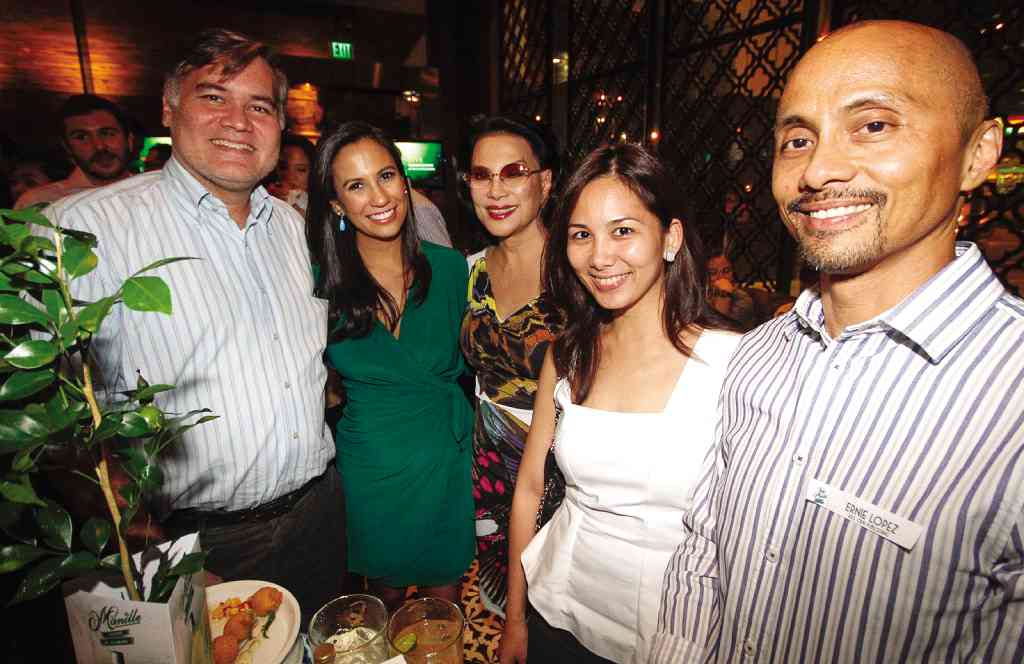 Instead of lemon peel, collaborators Olivia Limpe-Aw, president of Destileria Limtuaco & Co., Inc., and food connoisseur Stephanie Zubiri decided to give the drink a Filipino twist by infusing it with the essence of zesty calamansi rind sourced from Mangyan farmers in Mindoro.

The idea of producing a calamansi rind-infused drink began early last year when Zubiri, then a restaurateur, was looking for an ideal alcoholic beverage to serve her guests after every meal.

She wanted something flavorful, but not too sweet. And since she planned to give the after-meal drinks for free as a way for guests to cleanse their palates, she also had cost in mind.

“I was looking for something similar to limoncello, but, in keeping with some items in the menu, it had to be Filipino,” said Zubiri, the new drink’s brand ambassador.

What was supposed to be a formal business meeting turned into a casual exchange of ideas between the two women. In less than two weeks, Aw presented a prototype to Zubiri, who immediately liked what she tasted.

“It was what I had in mind, a versatile drink that you could drink either chilled or on the rocks, or as a cocktail,”  she said.

Zubiri’s restaurant has since closed, but her collaboration with Aw continues. To give the product an international appeal, she thought of naming the new product Manille (French for Manila).

“It’s so light and refreshing, you might think it’s just honeymansi,” said a pregnant Zubiri. “I haven’t drunk it for a while, but it’s traydor (deceiving) if you drink one too many. Before you

Just like Paradise Mango Rum and Amadeo Coffee Liqueur, both of which would soon be exported to the US, the new product is also an ideal pasalubong to friends and loved ones abroad.

By adding a few pesos more, customers can buy them either in cheesecloth bags or tin containers. Kultura exclusively carries the specially packaged gift versions of Manille Liqueur de Calamansi.

“There wasn’t really much fine-tuning when it came to the product,” said Aw. “It took us longer to work on the design, which includes the bottle and label.”

They agreed on a French country-style label printed with moss green outlines of calamansi fruits and leaves. After doing several revisions, Aw presented Zubiri an old bottle that once contained a discontinued product.

She doesn’t want their collaboration to suffer the fate of not a few locally produced products. Because of their poor packaging, she noted, they failed to take off despite their exceptional quality.

“Packaging is important in the liquor industry especially now that it is in the vintage phase, which was started by the likes of Hendricks and its apothecary bottles,” she said.

Aw found the ideal supplier when she chanced upon Department of Agriculture Undersecretary Berna Romulo-Puyat during a local trade fair last June 12.

“Even the date seemed loaded with meaning,” said Aw. “I approached Berna to thank her for promoting Paradise Mango Rum abroad. I told her about our new product and my need for a dependable calamansi rind supplier.”

Puyat was able to hook up Aw with an agriculture director, who, it turned out, was looking for a market for calamansi produced by a Mangyan community.

In less than six months, Destileria Limtuaco was able to finalize the packing, formulation and production processes to  come up with another potentially iconic product.

For her part, Zubiri hopes that the development is just the start of a series of collaborations. Her dream is to help create a line of Manille Liqueur derived from locally available fruits, including guava and pomelo.