‘One girl with courage is a revolution’ | Inquirer Lifestyle 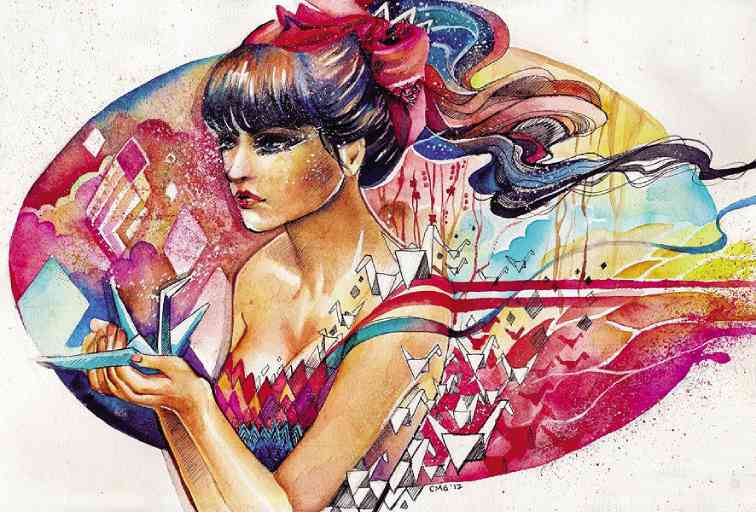 ‘One girl with courage is a revolution’

These, according to the dictionary, are two definitions of a girl. However, across different developing countries, the word “girl” could mean any of the following: uneducated; slave worker; abused, or victim.

In many countries, girls are considered liabilities or burdens. They have no chance in life; they must follow the footsteps of the women who came before them. No school, just housework, fetching water, carrying and caring for babies. Girls are silenced, muted and unimportant.

These are what I learned after watching a documentary film, “Girl Rising,” which is also a global action campaign that aims to educate girls across the globe.

It is about nine girls in various countries, mostly in Asia and Africa.

Their stories are about child slavery, arranged marriage, abuse, poverty, and being confronted with challenges that hinder them from getting an education. The sad part is, their stories are just a glimpse of the harsh reality that millions of girls around the world deal with.

Nothing has ever made me more aware of the power of education. I never knew that, if India enrolled one percent more girls in secondary school, its GDP would rise by $5.5 billion; or that a girl has a one out of four chances of being born into poverty—and without an education, she would stay poor.

Educating a girl is an honorable, useful investment, yet many countries still don’t see the need to pursue that objective. The traditional view is that girls belong at home, not in school, and this has changed the concept of education from a right to an exclusive privilege.

It saddens me how girls are even banned from going to school in some places, and it scares me that there are girls who neither can read nor write.

How are they going to get out of that rut? Who can they look up to if they believe that this has always been the case for girls?

It pained me all the more to see that many of the girls wished to have been born as boys instead—because they felt that, had they been boys, they would actually be worth something.

In one story, one of the girls even said that her parents were fools to have a daughter.

However, I am glad that there are some families who encourage girls to go to school, no matter how poverty and the death of family members have become obstacles in doing so. Still, the girls’ determination to go to school and help other girls realize their worth is a very beautiful aspect of “Girl Rising.”

After watching the film, I couldn’t help but be thankful that I live in a country where gender equality is respected. In addition, there are women leaders I look up to (Cory Aquino, for example), who fought against repression and injustice.

Now, there are heroines championing the importance of education, especially for women. One such person is Malala Yousafzai, a teenage girl from Pakistan who got shot by the Taliban because she advocated endlessly for women’s rights to education.

I am also extremely grateful that I have parents who work hard to give me the best education. I’m embarrassed to say that I realized how important education is only because of its absence in people’s lives.

“Girl Rising” opened my eyes to the consequences of not having an education, which many times lead to exploitation, prostitution and poverty.

I would be such a monster if I will waste my parents’ money by not appreciating school or by not paying attention in class.

There are many girls out there with stories much worse than those documented in the film—girls with so much pain that they can no longer bear it.

I hope that, one day, I can help these girls find their voices, speak out their rights and desires, and see that they have the power to write their own destinies—that their lives are not determined by the women who came before them, but lie in their own hands.

It’s about time all girls are given the respect they deserve; all it takes is for them to have the courage to speak out and seize the day. After all, “one girl with courage is a revolution.”