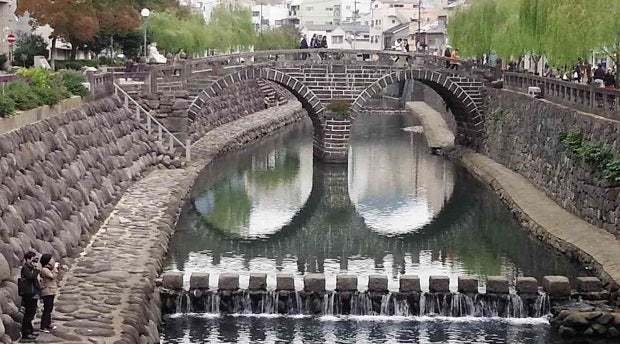 Japan is on a roll—achieving its target of having 10 million tourists recently, after relaxing its visa regulations for Southeast Asian countries.

The goal of attracting 10 million visitors in one year was first set in 2010, according to the Japan Times, but fell short in the aftermath of the Tohoku earthquake and Fukushima nuclear crisis in 2011. Nonetheless, a vigorous promotional campaign helped in finally clinching the magic number.

“Bring winter clothes,” the host advised our group, a few days before we flew to Japan for the first time last November. We had neither time nor inclination to buy a thick jacket. But on the night before our flight, good friend Serafin Pua lent us his black Ferragamo coat, plus two beanies and a pair of woolen gloves to ensure we wouldn’t freeze to death.

As it turned out, the cold was still bearable, with temperatures during our four-day stay averaging 12 ºC—or about five degrees less than what we’ve been experiencing in Metro Manila these past weeks.

Our destination was Kyushu, Japan’s third largest island composed of seven prefectures (jurisdictions). Three of them—Kagoshima, Nagasaki and Fukuoka—were in our itinerary. We felt a bit remorseful upon finding out that Paul McCartney would have finished his couple of gigs in Fukuoka by the time we got there. But the thought of walking around Nagasaki, the second city after Hiroshima to be wasted by a nuclear attack in World War II, piqued our interest.

But first, Kagoshima beckoned. Iwasaki Hotel, where we stayed overnight, gave us a taste of an authentic Japanese meal. Though the dishes—raw fish, meat and veggie soup, etc.—were also available in Manila, what made them more appetizing was the Zen setting, complete with a kimono-clad food server speaking in broken English.

Rows and rows of meticulously maintained plants and trees greeted us at Kagoshima Botanical Garden, with an active volcano, Sakurajima, blowing ash across the sea.

An age-old truism hit us: How neat, orderly and disciplined the Japanese people are with their surroundings.

Filipino Catholics would be glad to find well-preserved places of worship in Nagasaki. St. Mary’s Cathedral, often known as Urakami Cathedral (named after its location), is a Roman Catholic church that was first constructed in 1895 after a long-standing ban on Christianity was lifted. The atomic bomb that was dropped by American forces on Nagasaki on August 9, 1945, actually detonated in Urakami, just 500 meters from the cathedral, completely destroying it. It was rebuilt in 1959 and remodeled in 1980 on its original site.

We also visited the Nagasaki Catholic Nakamichi Church and the Oura Tenshudo Church. The latter, built in 1865, is Japan’s oldest existing wooden church, and was designated a national treasure in 1933. It was also severely damaged by the atomic bomb blast.

The horrors and lessons of that infamous bomb blast is relived at the Nagasaki Atomic Bomb Museum—which gave us an audio-visual narration of the events and circumstances that led to the destruction of Nagasaki. Looking at videos, photos, documents and relics, we felt sympathy for the victims and survivors, even as the tragedy forced Japan to renounce war and bury its militaristic past.

On a brighter note, nightlife in Nagasaki is vibrant. We walked along narrow streets adorned with lanterns and teeming with restaurants offering Japan’s famed cuisine as well as bars and clubs that tickled the imagination. Skipping the ones featuring “adult entertainment” since there were women in our entourage, we were delighted to discover something that Manila doesn’t have.

As we entered Showa Retro Izakaya, roughly translated as a down-to-earth drinking establishment reviving Japan’s glorious Showa period (starting in the 1920s), our eyes feasted on an explosion of kitsch memorabilia, including posters of Hollywood stars while 1950s pop and rock ’n’ roll played in their original mono record versions.

The place was divided into cubicles where only five people could fit to eat, drink and have fun for a fee good for two hours. We spotted Japanese youth, some in their school uniforms, unwinding. We weren’t sure if they were allowed to drink, but they looked happy to be there.

In Fukuoka we saw temples and shrines dedicated to Japan’s deities. Behind one of the temples was an astounding sight—maple trees at the height of autumn, a visual treat that Japanese people contemplated on, while tourists like us took endless snapshots of their sheer beauty.

There was also the Catholic Cathedral of Our Lady of Victory, first built in 1896 and fully renovated in 1986, where there are Masses in English.

Fukuoka, said to be one of the world’s most livable cities due to its green spaces, is also home to big malls like JR Hakata City. It was on the 7th floor where we stumbled upon a branch of Tower Records—still operating independently, apparently unaffected by the US chain’s closing due to bankruptcy in 2006. We staved off hunger for a few hours, salivating at the extensive collection of pop, rock and jazz CDs, as well as a number of vinyl releases.

In the basement of the mall was a quaint record shop called Groovin’, where we almost bought a punk T-shirt, until we remembered our five-year-old kid was expecting a new set of Tomica cars.