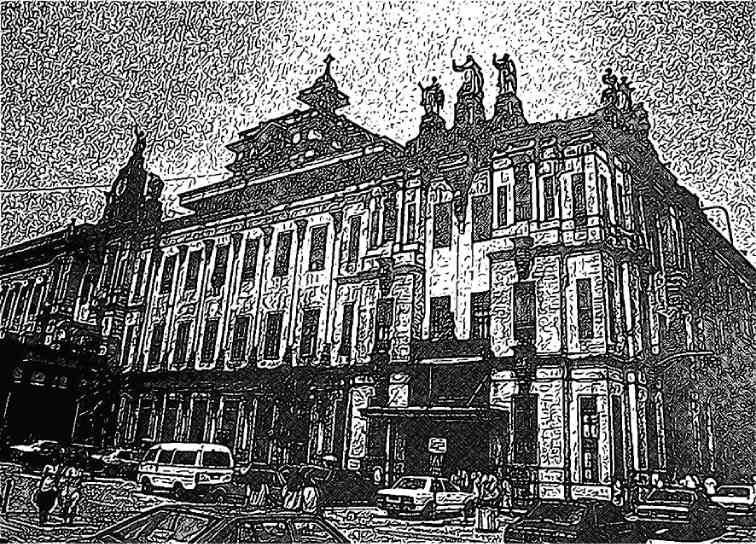 Because he is known primarily as a printmaker—print being an art form which, for various mistaken notions, is given less value than paintings—Pandy Aviado has not received the general public recognition nor the commercial success that his peers have garnered.

But talk to cognoscente and you’ll find that Aviado is highly regarded. A pioneer of printmaking in the Philippines, it is he who introduced the craft to many renowned local artists, such as Santi Bose, Ray Albano, Fred Liongoren, Mars Galang and, yes, BenCab, too.

Taking up Humanities at Ateneo, Aviado became an active member of the Ateneo Arts Club and spent hours at Ateneo Art Gallery, where he discovered the marvelous print collection donated by Fernando Zobel.

He developed a friendship with Eric Torres, then curator of the gallery, who later made him assistant curator.

At the Ateneo, he met Araceli Dans, whom he credits as his first art teacher. Through her, he met another major influence in his life, Manuel Rodriguez Sr., now called the Father of Philippine Printmaking.

Enthralled by the modern designs he saw at Rodriguez’s Philippine Art Gallery, Aviado became one of Rodriguez’s first students when Mang Maning, as Aviado affectionately calls him, moved his gallery and print shop to San Andres. He even cross-enrolled at Philippine Women’s University, where Rodriguez taught graphic arts.

Even before graduating with a Bachelor in Fine Arts in 1967, his works had already won him eight awards in major art competitions, and he’d already exhibited in prestigious galleries in Manila and Hong Kong.

The next year, he represented the Philippines in the Indian Triennale in New Delhi and had his second one-man show.

In 1969, he joined an exhibition in New York and flew to Rome, Paris, and, finally, Madrid to take up his study grant for Pintura Libre and Grabado at the Escuela Superior de Bellas Artes.

In Spain, he worked as a printer in a publishing house, printing etchings of various Spanish artists, until the master printer of Spain, Antonio Lorenzo, made Aviado his personal printer.

Then he moved to Paris, the “Holy Grail of engravers and lithographers.” Throughout his six years in Europe, he continued his education in art, trained in the best print workshops, exhibited his works in Cuenca, Madrid and Zaragosa (Spain); Paris, Amsterdam, and Tangiers (Morocco).  Aviado had made a name for himself in the world of art, and this was just in 1976.

In the almost four decades that have elapsed, the prolific activity has not abated. He has been a paper-maker, writer, teacher, filmmaker, actor, university dean, director and head of various artistic departments in various illustrious art institutions. But if you go to his website, you will find that he pares down his credentials to “visual artist/printmaker.”

He says: “I consider what I’m doing my religion. When I’m printing, I go into a higher state of consciousness, so that I have flashes of insights into things in general. For me, it’s a mystical experience. Art takes me to another level of existence. It de-stresses me, charges me up, and connects things to one another. I basically do artwork to keep myself sane.”

In 1970, in absentia, he was awarded the CCP’s Thirteen Artists Award, aimed to recognize young artists who exhibit “a recentness, and a turning away from familiar modes of art-making.” Some 40-plus years later, Aviado is still pushing the envelope.

In a recent group exhibit of printmakers, he described a paradigm shift in printmaking, a going beyond the aquatint box into sculptural prints. “We want to share the idea that printmaking has new possibilities.”

As he looks forward, he also looks back. Everything connects, after all.

In his latest exhibit, “Herencia: Homage to Heritage Sites,” Aviado focuses on built heritage that is endangered or already lost, with an eye to preserving them for future generations—if not in actuality, at least in memory. This time his medium is acrylic on canvas.

“Herencia” is ongoing in  Crucible Gallery at SM Megamall until  to Feb. 9.