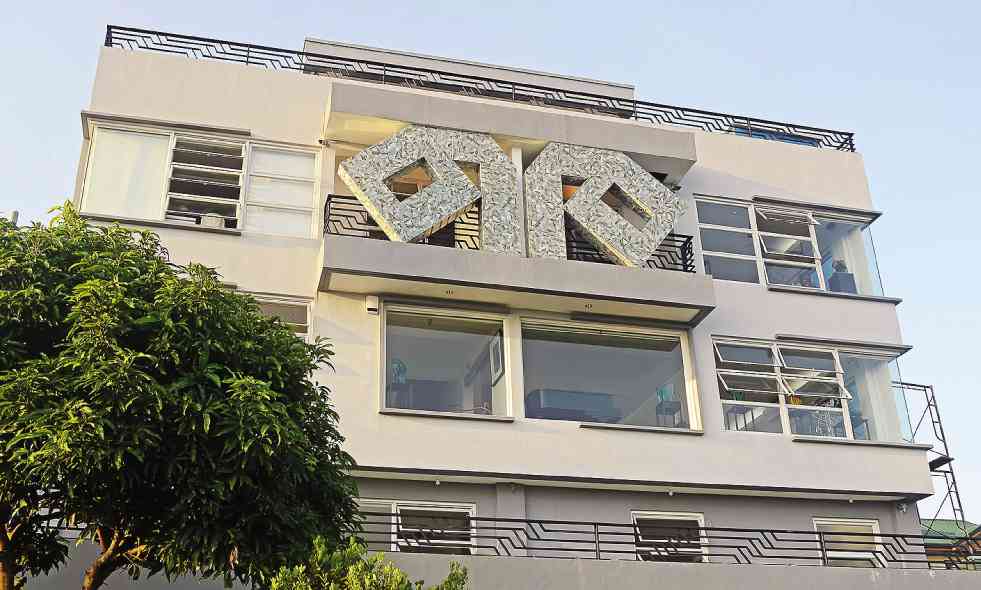 Ramon Orlina, our leading glass artist, is celebrating the 37th year since he decided to explore that intriguing material.

Today, in time for his 70th birthday, he is showing his latest output in an exhibit called “Promdi,” along with the works of Leo Aguilar (abstract painter from Cebu) and Ben Cruz (figurative painter from Laguna), until March 12 in Reflection Gallery at Museo Orlina, Tolentino Street, Hollywood Subdivision, Tagaytay City.

The sculptor has put up his own museum in a modernist structure overlooking Taal Lake and Volcano to showcase his representative works. It had a soft opening late last year and would have formally opened today. But the artist says the weather is hostile and the wind quite strong for a garden party on the ridge at this time of the year, so the grand opening would have to be moved to mid-March.

Museo Orlina’s permanent exhibit, gathered on two upper floors, comprises artworks from his early years as artist, his middle period, and the latest development of his art.

These are pieces of carved Asahi glass and Swarovski crystal, both transparent and frosted; sculptures in cast bronze, brass and stainless steel; scale models of large works; an early geometric abstraction in enamel paint on glass pane; a painterly photograph of an imam’s pulpit taken in Istanbul.

Occupying pride of place are the pieces in Asahi glass, sometimes combined with Swarovski crystal, bronze, steel and wood. Each piece was executed with such delicacy the ungainly lump of glass has been transformed into a gigantic jewel, not only in contour, angles and curves but also in color tonality.

Whereas before the artist worked chiefly in green and blue glass, now he has added the jewel tones of amber, red and bronze. On his 30th year as glass sculptor, he displayed the full range of this artistic departure in a major exhibit called “Quintessence” at Ayala Museum in Makati City.

That exhibit’s information sheet related the artist’s evolution: “An architect by profession, Orlina selected glass as medium because of his fascination with it as construction material. He had observed its making right in the factory and talked with people involved in its development.

“From the knowledge and expertise he gained there, he was eventually able to transform cullets (considered as industrial waste) into works of art by using the cold method of cutting, grinding and polishing. As there were no glass artisans he could learn from or train under, he practically blazed the trail in carving glass in the country, thereby elevating what was regarded as a decorative material into the fine arts.”

The ingenuity and innovation that went into his technique was considered a feat at that time, which the CCP Encyclopedia of Philippine Art says was unreplicated even in highly industrialized countries—amazing even the masters of glass art in Czechoslovakia.

Many of the pieces at Museo Orlina had been exhibited in that Ayala Museum retrospective. In fact, these sculptures have been gathered through the years, as the artist sees to it that he sets aside for himself a representative piece or two from each of his exhibits before they could be sold out. They now form his personal collection.

These are the works that drive preeminent art critic Eric Torres to rhapsodize: “Masses and voids are handled with masterly control. Each monolithically carved piece strikes a happy balance between sinuous curvilinears and sharply angled diagonals which often recall the syncopations of 1920s/’30s Art Deco.”

“Cosmos” is a blue-green whorl of undulation and convolution visualizing the movement of the firmament. Several holes carved into the glass presumably represent those mysterious regions in outer space.

“Infinity” depicts in bronze glass shaped like an 8 that infinite curvature of space. The interplay of dark (glass lump) and light (holes’ space) is quite apt as visual correlative for the subject.

“Rising Amber” is a lump of bronze glass cleaving a wedge of brownish-yellow Swarovski crystal, clearly representing the translucent fossil resin used for making jewelry. Here the pairing of the two color tones is extremely beautiful.

A similar piece is “Diamond Sky.” This time the wedge is colorless crystal, the pure multidimensional piece catching the light to make it look like the biggest diamond in the world.

In “Sapphire Ring,” the bronze glass has been carefully carved into the shape of a ring, then a piece of electric-blue crystal set on it, to represent a lady’s ring of blue sapphire.

The lady, of course, can be seen in “Damsel’s Silhouette,” the piece of bronze glass etched to form the closed eye and strands of hair, and carved to depict the undulation of breast, profile and torso. The subtle distribution of light and shade in the piece of glass—darker in the breast and hair, lighter in the upturned face—enhances the mesmeric beauty of the female form.

A wondrous piece is the figure of the Virgin Mary wherein Orlina experimented with concavity in glass: The smile on the serene face subtly changes depending on the viewer’s angle of observation.

Boldly arranged among the glass sculptures are several busts of personalities such as President Cory Aquino and actor Piolo Pascual. Cast in bronze in the classical style, they appear as far as possible from the glass abstraction.

Also included in the exhibit is a scale model for the Quattro Mondial Monument, originally called the Tetraglobal, commissioned by the artist’s alma mater the University of Santo Tomas and unveiled when it celebrated its quadricentennial in 2011.

The 8.6-meter structure, installed at the back of the UST Main Building, is cast in bronze and consists of four heroic human figures and a globe with three intersecting spheres containing shards of Orlina’s trademark shimmering green glass.

Here then is the ultimate meeting of that “strange mixture of strength and fragility.”