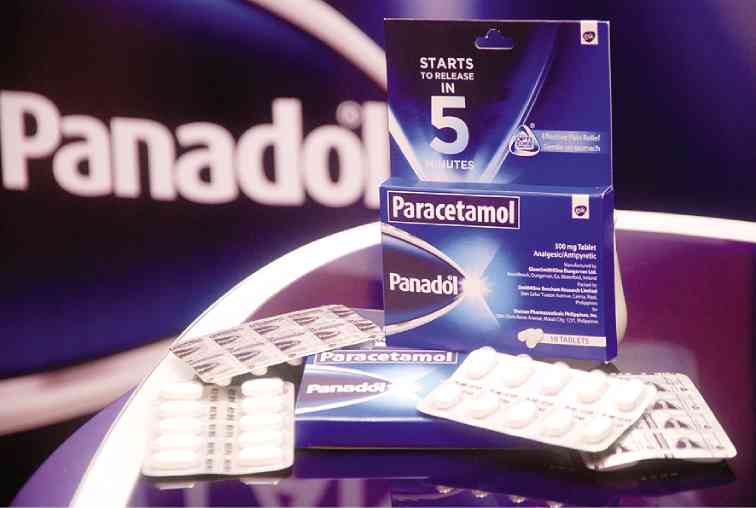 If there’s a gnawing pain in your head again, you’re not alone. A study says seven out of 10 Filipinos suffer from headaches every day, while over half have experienced muscle aches and other forms of pain in the past three months.

“Pain gives rise to spasms, and a spasm gives rise to more pain. It becomes a vicious cycle. You have to break the cycle by giving pain relievers that are fast-acting,” Dr. Lyde M. Alday-Magpantay, vice president of the Pain Society of the Philippines and diplomate of the Philippine Board of Pain Medicine, said in an interview with  Inquirer Lifestyle during GSK’s launch of Panadol (paracetamol) with OptiZorb.

If left untreated—when acute pain lingers on until it becomes chronic—it becomes more difficult and longer to treat, she said. In some cases, it develops into a learned pain, an automatic response of the body when something similar hits its system.

How easy it is, for instance, for migraine patients familiar with the hammering pain to misread a simple mild headache as an ominous sign of something crippling—in this case, a migraine attack.

The mind, she said, remembers pain over time, similar to how your muscles remember your exercise pattern even after many years of falling off the wagon. There really is pain, Alday-Magpantay said, but it’s now coupled with a psychogenic component.

“When a patient complains of pain, you have to believe it. There is pain. It’s now up to the doctor to determine how much of it is real pain, how much is a learned pain, and deal with it comprehensively,” she said.

Paracetamol, she said, is still the widely used medication for pain. It is, in fact, the first line of treatment doctors prescribe as it is well-tolerated by the stomach and has practically no side effects—granting patients have healthy livers and kidneys, that is. And that goes for all medicines—they’re not good for bad livers and kidneys.

Alday-Magpantay said even with chronic pain, many doctors combine paracetamol with other painkillers. It’s a practice, she said, to lessen the dosage of the prescription drugs and their many side effects.

“Paracetamol has been here since 1886. And it’s still around. Nobody said it’s not effective. It’s still a star—it has no gastric irritation, no risk of cardiovascular disease or hypertension and no risk of dependency,” she said.

John Sayers, GSK president for consumer healthcare in Asia-Pacific and Latin America, said people around the world are constantly faced with the greatest personal, social and economic burdens of our time—pain.

GSK’s Panadol (paracetamol), an analgesic available in 85 countries for more than 50 years now, is hitting local drugstores this February. Now improved with OptiZorb technology, a disintegration system that releases the medicine in just five minutes, managing pain is quicker and more accessible to everyone.

“This is a significant milestone for GSK in line with our commitment to help people do more, feel better and live longer,” Sayers said.

Last year, 15 billion Panadol were sold worldwide. This, said Sayers, is a testament to consumer trust and faith in the product.

“The demand of the medical practice has changed over the years. Patients now check the Internet before they see us. And the first question they ask after a prescription is if the drug has side effects,” said Alday-Magpantay.

Three chemicals make rapid relief with Panadol possible, she said. The first makes the medicine swell; the second, when it makes contact with stomach acids, releases carbon dioxide. The carbon dioxide then acts with the third chemical and physically disintegrates the medicine.

“When treating pain, time is of the essence. We need rapid pain relief,” she said.

In her practice, Alday-Magpantay said the most common pains are musculoskeletal, neck pain, back pain and joint pain. Pain can be caused by bad posture, or when you do nothing but look straight into the computer screen. The same angle of flexion, she said, can cause pain as the same muscle work over and over.

If you spend long hours in front of the computer, she said, it is advisable to move around, so your body will shift to a different direction. This will prevent straining the same muscles.

A draft of cold air can cause pain, she added. The cold air may shrink your blood vessels. This lessens the nourishment coming into the muscles, and they become short and stiff.

“Layman’s term is stiffness. Doctors refer to it as a spasm or the shortening of the muscles. There is no solid evidence on nalamigan, but that’s what happens when it gets cold,” she said.

Panadol with OptiZorb is effective for headache, migraine, muscle ache, dysmenorrhea, sore throat, musculoskeletal pain, fever, toothache, pain after a dental procedure and pain of osteoarthritis. It will retail at P32 for 10 pieces.