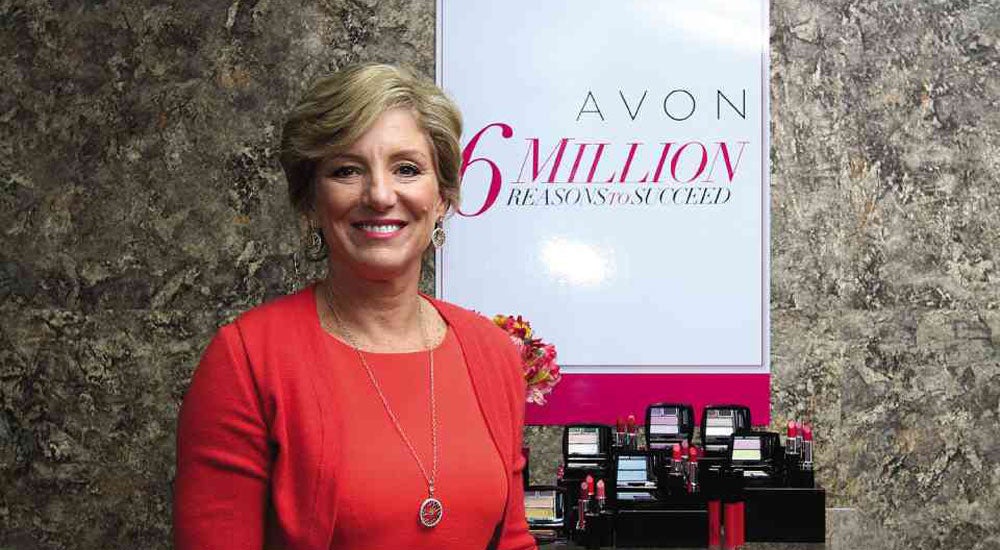 SHERI McCoy, CEO of Avon Products Inc.: “Our other markets in Asia and the world can learn from the things that the Philippines does.”

They’re Avon, she tells us of her jewelry, and so are her lipstick and makeup.

McCoy looks quite the part of chief executive of “the company for women,” as Avon Products Inc. calls itself—or what you might expect of one: She is elegant without being prissy,  business-like but not stiff.

For a brief moment, McCoy reminds us of her predecessor, Andrea Jung, the tall,  chic and regal face of the brand in the 12 years that she was at its helm. Both are straight talkers, and equally engaging.

The similarities, however, end in their striking carriage and easy demeanor. When it comes to running Avon, McCoy, who ascended to the post 18 months ago, has said she’s not following Jung’s suit as the (unofficial) face of the brand, representing what the Avon woman aspires to be: successful and powerful.

“Avon, to me, is about the [sales] representative, and the representative has many faces. She’s a woman of the world,” McCoy tells Inquirer Lifestyle at the Avon regional headquarters in Makati.

“She could be a housewife in the Philippines; an entrepreneur in Turkey; a mother in Brazil. I don’t think it’s one face.”

This is McCoy’s second Philippine visit since her appointment. The country was also her first market visit in 2012, shortly after she was named CEO of Avon Products Inc.

The last 18 months,  McCoy has been traveling to meet with sales reps “since they’re the heart and soul of the company and they know what drives the business.”

Throughout the interview,  her constant refrain is—it’s all about the representatives.

McCoy came into Avon when it was beset with many problems. Profits and shares were down in the double figures. She has had to make difficult decisions, including massive layoffs and closing certain markets, like South Korea and Vietnam.

The Philippines, where Avon is on its 36th year, is one of the brand’s Top 10 markets. The Top 10 markets comprise 80 percent of Avon’s sales. “It’s our largest business in Asia Pacific,” says the CEO. “We’re focused so that the Philippines has what it needs to support growth. We’re very happy with where the team is today even as 2013 was a challenging year for the Philippines with Typhoon ‘Yolanda’ and the earthquake. But the Filipino spirit is strong… The Philippines is very profitable for us. We have a very large field base and we have a great legacy. We are confident we can build on that.”

McCoy is the second female CEO of the 127-year-old direct-selling company.  Under her, there’s been some cultural change within the organization, with the  focus on the representatives. From a leadership standpoint, she adds “that we’re better at execution, that we’re taking accountability for how we’re doing the business, doing what we say we’re gonna do, and making some tough calls in some areas.”

Avon in the Philippines, she says, has been successful in that it has been very focused on the representatives and “very understanding of what she needs to be successful.”

McCoy says direct selling is still growing globally, even in a competitive marketplace where there’s both retail and e-commerce. An active denizen of social media herself, she says Avon reps are already taking advantage of social media to sell their products. In 10 markets, they’re also testing an app that will allow sales reps to show the product catalogs on a mobile device and place an order instantly back to the system.

Avon, she adds, will continue to serve the lower- to middle-income markets, with aspirational products for the rising middle class, like its popular anti-aging line, Anew.

McCoy began her career as an R&D scientist in 1982. These days, she steers clear of the labs and doesn’t get in the way of product development. “I love to try [products]. I give feedback. But it doesn’t have to be what I think but what the broader population thinks.”

The people-centric approach of her management is something she learned from the 30 years in her previous company, McCoy says. “It’s all about the people—getting the right people, getting them motivated toward the goal, making them understand who you’re serving.”

McCoy says she hopes to return to the Philippines in August for the Avon national sales convention. Ten thousand are expected to attend this year.

“I don’t think we’ll grow that six million [sales reps] this year,” McCoy says. “What we want is for the six million to be happy in our business and continue to sell, and sell more. We’re not gonna get 10 million right away, but we’ll get there… The more time I spend, the more confident I am that we can turn around the business.”