A peace camp like no other | Inquirer Lifestyle ❮ ❯ 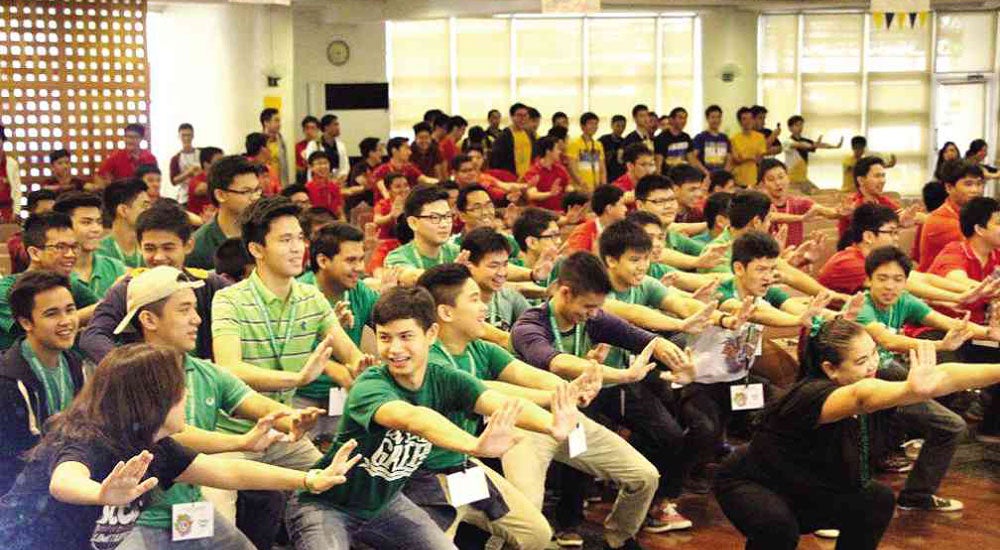 PARTICIPANTS doing one of the tougher Wu Shu positions

What happens when you combine red, blue, green and yellow? You get one of the biggest inter-school events of the year, where students from the Edsa-Ortigas Consortium of Schools, namely Xavier School, Immaculate Conception Academy, La Salle Green Hills and the Saint Pedro Poveda College, gather in Edsor—a two-day peace camp for grade-school and high-school student leaders.

Held Jan. 16 and 17 at Xavier School, this year’s Edsor was like no other. This was evident right from the get-go, as participants were greeted by Xavier’s Lion and Dragon Dancers, followed by a performance by the Xavier Band.

The theme of this year’s Edsor was encouraging people to engage in dialogues for peace. The participants were divided into smaller groups named after translations of “peace” in different languages: “He Ping,” “Pace,” “Paix” and “Kapayapaan,” to name a few.

After a few hours of getting-to-know-you activities, the groups quickly headed to what would be one of the most challenging “Amazing Races” they had ever took part in. The segments ranged from moving water as quickly as they could, to trying to stop a “staged” fight scene.

“One step at a time” was literally what the participants had to take, as a plastic rope bound them the entire time, forcing them to move together as one cohesive unit.

In true Edsor spirit, the student council presidents of the four schools came up with the first-ever Edsor song. And boy, was it a beautiful sight to end day one, seeing the sea of red, green, yellow and  blue shine bright as they sang the chorus that played: “Edsor, one for all, all for one, making peace, standing tall. Four as one, united and strong, together we strive, together we rise.”

In keeping up with the unconventional activities of this year’s Edsor, day two kicked off with a Wu Shu session that quickly energized the participants as they tried to hold different positions that tested their flexibility.

Pumped up and excited after the session, the participants were sent back to their respective small groups to learn more about the “Face to Faith” video conferences they would be having.

After a few hours of orientation, going through conversation lectures, drills and mock video conferences, the students were ready to share their opinions and interact with other students from Singapore, India and Indonesia through a video conference.

The video conference itself was a perfect example of bridging the gaps between different races and cultures, as participants learned how to be open-minded, to ask the right questions and, most importantly, respect one another’s opinions and beliefs.

After every activity, the participants would gather in different rooms to reflect with their group on what they had learned. This was an important part of the two-day experience, as it was a chance for them to solidify what they learned and get to know their group mates better.

At the end of the day, several participants quickly dubbed this year’s Edsor “one of the best experiences of their lives,” as they said their good-byes, exchanged contact information, and posed for pictures—reminders of a day they will definitely look back on years from now.

As my favorite line from the Edsor song goes: “It’s never too late to make a change; with the smallest deed, a difference can be made.”

For these future leaders, the story isn’t over. It’s now their turn to go back to their respective schools and communities, share the insights they have gained and, more importantly, live them out, one small deed at a time. It’s never too late—and never too early—to make a change.