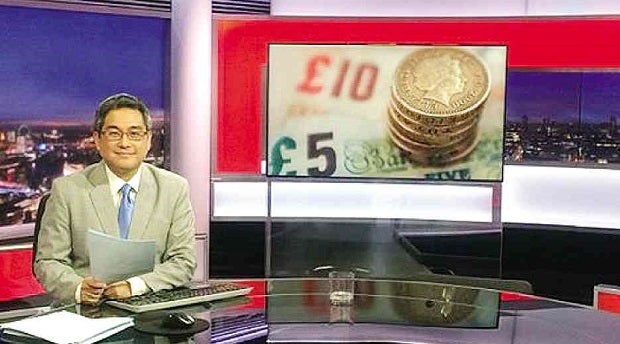 His ever-smiling mug has even adorned the double-decker buses in Hong Kong. Last month he started as anchor of BBC Newsday, based in London.

Most commendably, Hizon also grabs every opportunity to be vocal about his “Pinoy-hood.” This La Salle alumnus, who is also a collector of Filipino art, is proud of his roots and the resiliency of his people, and is constantly in touch with friends and colleagues back home.

How does he keep his finger on the pulse of Filipino sensibilities when he’s abroad—he lived in Hong Kong, Singapore and last month began his London stint—while also keeping abreast of what people are talking about?

Hizon recently admitted at one lunch that he follows teleserye religiously, and can tell you exactly what’s happening right now, say, between Maya and Sir Chief in   “Be Careful With My Heart.”

It’s an ingenious way to stay updated—and, we guess, to deal with any bouts of homesickness this accomplished media practitioner may have.