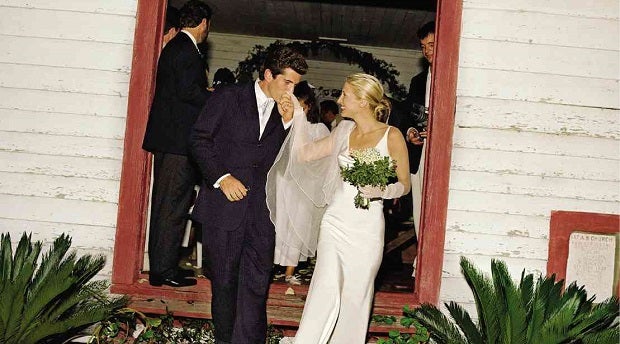 THIS iconic photograph of John Kennedy Jr. kissing the hand of his bride, Carolyn Bessette, is credited by The Wall Street Journal as the single watershed image that transformed the look of wedding photography forever.

Reggie is in town for the annual Photo World Asia 2014, the largest photography summit-convention in the country.

“We feel privileged and lucky to have him here,” says Photo World Asia 2014 chairperson Boyet Guevarra. “I know that our delegates will learn a lot from him.”

Photo World Asia runs until Feb. 4, and Reggie’s talk is one of the most anticipated.

“He is an amazing photographer, and weddings are a big industry here in the Philippines, so many are excited to meet him,” said Vinchy Sanchez, Canon Marketing Philippine’s division head for Imaging Communications Products.

Reggie is known for his unique style of capturing images, a natural, documentary style he calls “wedding photojournalism.”  He describes it as a very reactive style, blending in with the crowd, looking for moments as opposed to creating them.

“I look to capture those special, unexpected moments,” he says. “In fact, I try to dress just like the guests so that they won’t notice me because once they see me, I’ve lost the moment.”

Combining the very best elements of reportage and portraiture, Reggie has covered more than 1,800 weddings. He is the favorite wedding photographer of the Kennedy family, whom he has been shooting since 1980, when Ethel Kennedy, the widow of Sen. Robert Kennedy, hired him to photograph her daughter’s wedding.

His iconic wedding picture of John F. Kennedy Jr. kissing the hand of his bride Caroline has been described as “one of the greatest wedding photographs of all time.”

Reggie will share his wealth of experience with Philippine and Asian photographers today, Feb. 2, at the SGV Room of the Acceed building in Makati. Then on Tuesday, Feb. 4, he will conduct a hands-on workshop at Fernwood Gardens in Quezon City.