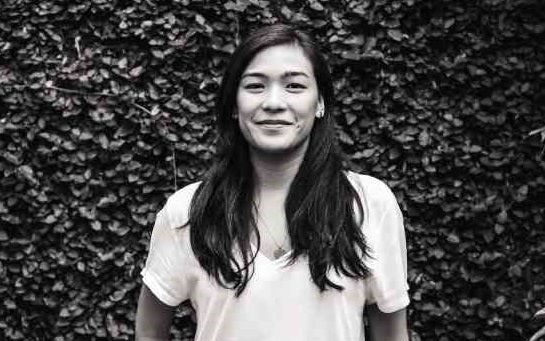 Young product designer Lilianna Manahan has been chosen as one of the “Rising Asian Talents” who will be featured in the first Maison et Objet Asia interior design trade show in Singapore next month. But she almost missed the opportunity.

“An editor for Surface Asia magazine dropped by my booth at Manila FAME in October. I showed her everything I had, but I forgot to show her my catalogue and I forgot to get her number. I gave her my card, but it had a typo,” she recalled with amusement.

Happily, the editor had enough information to e-mail Manahan a few months later, to inform her that the magazine was nominating her for one of only six spots in the show.

The inaugural event is the first international offshoot of the prestigious interior design exhibition Maison et Object, which is held twice a year in Paris, France.

Impressing Surface Asia’s editorial staff was only the first hurdle Manahan had to clear; the Paris organizers scrutinized the nominees’ portfolios before awarding coveted invitations to Manahan and five fellow artists from Hong Kong, Singapore, Indonesia, Thailand and South Korea.

It is the latest achievement of the London-educated industrial designer, whose imaginative works of functional art run the gamut from decorative objects, such as vases and lamps, to furnishings and children’s toys.

Manahan apprenticed in Cebu with the acclaimed Kenneth Cobonpue and his avant-garde furniture and accessories design group Hive, whose members include such gifted talents as Jinggoy Buensuceso and Olivia D’Aboville.

In addition to her continued collaboration with Hive, Manahan is also involved with Red Box, an initiative offered by the Center for International Trade Expositions and Missions (Citem), the organizers of Manila FAME.

The program matches new designers with established manufacturers to help them learn the business side of the industry, while creating new products for the marketplace.

Dealing with the limitations of cost, technology or materials presents welcome challenges for Manahan.

“It stretches your creativity more. I don’t feel like I’m being constrained from doing what I want,” she said.

She also looks forward to sizing up her peers. “For me, it’s good to see where I am, compared to others of the same age, and to keep an open mind.”

Manahan will present five items that were first exhibited in her 2012 solo show “Funktion,” and were requested specifically by Maison organizers, including her stellar “Asterix” table lamp and the intricate woodwork of her vanity mirror, dubbed “Mwah, Moi!”

As she prepares for Singapore, followed immediately by Manila FAME in mid-March, Manahan seems energized by the hectic pace of events, and optimistic about the acceleration of her bright career. “It’s overwhelming, but I have to be really prepared for things to go faster—hopefully!”

Maison et Objet Asia will be held at the Marina Bay Sands Resort in Singapore March 10-14.