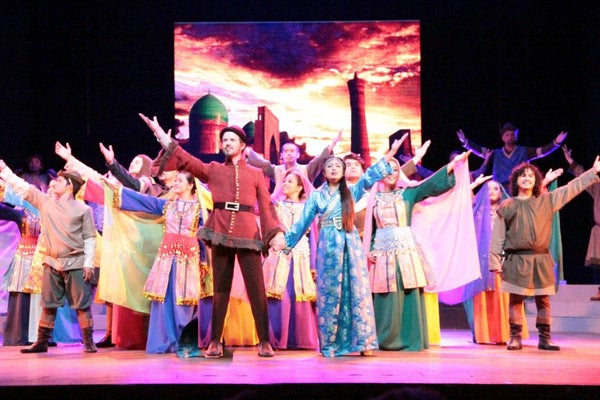 “Manila’s beautiful [is] set in full force at ‘Marco Polo, an Untold Love Story’ the Musical”, so says well-known theatre critic Mario Hernando in his blog. As does celebrated cultural journalist Rosalinda L. Orosa, who in her own words, was impressively surprised at “the singing, acting, staging, lighting, dancing and direction — all these expressing Rogelio Saldo Chua’s book, lyrics and music.”

“Marco Polo, an Untold Love Story” is a musical written and composed by playwright and director Rogelio Saldo Chua. To be performed by a 40-member international cast and artistic team primarily of seasoned Filipino theatre actors, led by formerly New York-based actor David Bianco as Marco Polo, the musical tells of the love story of Marco Polo and Princess Kogajin, played by Stephanie Reese. McDonald’s Philippines’ Chairman and Founder George T. Yang is also part of the historic production, playing the role of Kublai Khan. 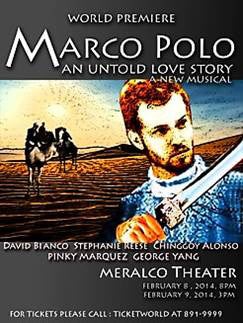 Executive producer Olivier Leonard reportedly plans to stage the musical in Broadway in New York and West End in London, making it the first Filipino-composed musical headed for the international stage.

All shows will be held at the Meralco Theatre, Ortigas, Pasig City. For tickets, call TicketWorld at 891-9999 or email [email protected]