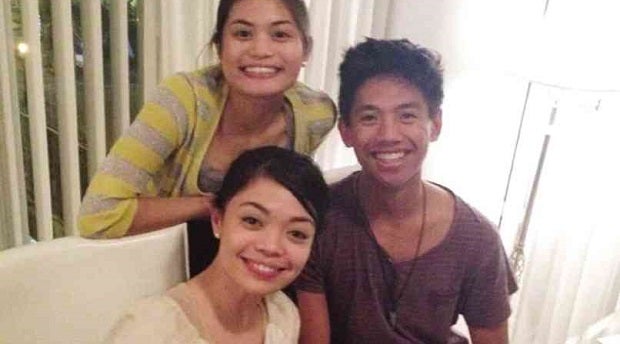 Two Filipinos have been cast in the onboard shows of Fantasy, one of several Disney Cruise Line ships. They begin performances by the second quarter of this year.

But because they are contractually required to protect the “reality” of the characters they play in the Disney ethos—audiences must perceive the characters as real, and not some actors in costume playing a role—Charley Magalit and Rhina Echivarre demur from revealing which roles they’ve been cast in.

Nonetheless, Magalit, whose last production in Manila was Triumphant Peoples Evangelistic Theatre Society’s (Trumpets) “The Bluebird of Happiness,” reveals that, “aside from looking for talent, the people running the show are very particular about actors looking the part.” (Hint: Think of non-Caucasian protagonists in the animation studio’s filmography.)

“It sounds cliché, but it really is a dream come true to be able to play [these Disney characters],” she says. “I grew up listening to and singing Disney songs. I was a Disney kid even before I decided to pursue music or theater. It will be great to be surrounded by kids, becoming a part of their childhood and making their dreams come true as well.”

Both are currently rehearsing the various roles they will be doing in the five different shows that are part of the 130,000-ton, 1,115-feet liner’s Caribbean itinerary (which departs from Port Canaveral, Florida).

Born and raised in Quezon City, Magalit was a Voice major at the University of the Philippines and debuted onstage in Dulaang Unibersidad ng Pilipinas’ “Isang Panaginip na Fili” in 2008. She was also part of the Philippine Opera Company.

From her audition in June 2013, it took Magalit seven months (which included follow-up videotaped songs and even scene work) to land the job. Though the auditions were meant to cast for Hong Kong Disneyland theme park, she was asked if she’d accept an offer from the cruise line instead.

“They called in September and then the real work took place. I was running from office to office in between my existing work of recordings, shows, rehearsals and lessons to obtain the necessary documents I needed.”

After “Bluebird” closed in October, she took her seaman’s training.

She joins fellow Pinoy cast member Echivarre, who was cast in 2012 and had been performing on the ship since last year.

Hailing from Cebu, Echivarre had been joining local musical productions since she was 10 years old, and took up ballet with Ballet Philippines-Cultural Center of the Philippines Dance School.

She’d been working professionally as a nurse and had been teaching ballet part-time when her hospital coworker (a sister-in-law of Ana Fegi, who is currently working as a performer in HK Disneyland) encouraged Echivarre to audition.

During her auditions in Manila, she was asked to sing “A Whole New World” from “Aladdin.”

“I was beyond thrilled to sing it for them, because I love the movie so much and Jasmine is my all-time favorite princess,” she says.

Like Magalit, she was also offered a job with the cruise line instead of the theme park.

“I was very hesitant because I didn’t want to be far away from home, but my family convinced me that it’s really a wonderful opportunity to work for Disney and how stepping out of your comfort zone gives you the chance to grow wiser and stronger as a person,” she says.

Since she was the first Filipino woman to join the cruise line, the paperwork was tougher for her.

“The Philippine Overseas Employment Administration had to formulate the requirements since they never had to send anyone for this kind of job position before,” she says.

Both have become instant older sisters to another Pinoy who’s been cast: Baden Silva, a dancer who was born and raised in Los Angeles.

“Dad is from Tanjay and mom is from Dumaguete. I was just in the Philippines in August last year,” he says. “It was my third time going and I love it every time!”

“I’ve always just been that kid who is into performing arts. I’m just drawn to it,” says Silva. “I didn’t really start dancing until my first year in high school because I’d been into choirs. After high school was when I really decided that I want to make dance my career.”

Echivarre says, “It is such a wonderful thing to see my fellow Pinoys be part of one of the most prestigious companies in the world that brings magic and happiness to people young and old. I am very excited for more opportunities Disney Cruise Line has for more Filipinos.”

Magalit stresses that to get these opportunities, discipline is a must.

“Back in school, funnily enough, I found out I would get better grades when I was working on a production, and my focus was much better in everything that I needed to accomplish. The discipline instilled in me by my mentors in the Philippines continues to bring me where my dreams are.”