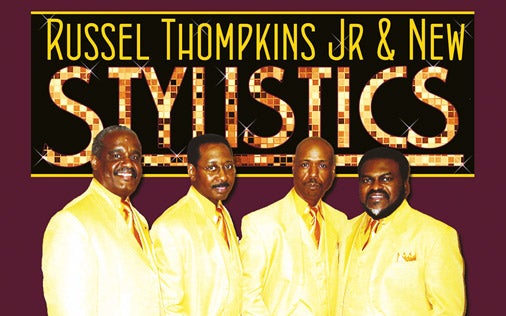 With a full band equipped with a horn section, the ensemble promises to thrill audiences with classic hits like “Betcha By Golly Wow,” “You Make Me Feel Brand New,” “Stop Look Listen,” “Break Up To Make Up,”  “You Are Everything,” “You’ll Never Get To Heaven If You Break My Heart,” and many more. The concert also features special participation of Mark Mabasa, JV Decena, Lilibeth Garcia and Lucky Robles.

Come Wednesday, March 19, witness a powerful performance from pop-opera quartet Il Divo as they take on the world of musical theater with their concert A Musical Affair. Celebrating their 10th year in the industry, David, Carlos, Urs and Sebastien take on the challenge of mesmerizing audiences with timeless Broadway classics. The group promises a genre-busting performance as they perform the greatest songs from some of the world’s most unforgettable musicals delivered with Il Divo’s signature panache.

Fans of Russell Thompkins Jr. & the New Stylistics can catch the act on February 15 at the Newport Performing Arts Theater, Resorts World Manila. Tickets are now on sale at all TicketWorld outlets, TicketNet outlets, and the Resorts World Box Office.