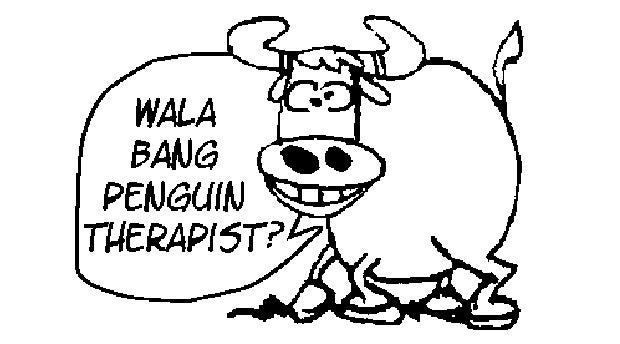 LONDON—After weeks of rain and wind in England, miserable penguins at a marine center are being fed antidepressants to cheer them up.

The 12 Humboldt penguins at Sea Life Centre in Scarborough, northeast England, were showing signs of stress as they shivered through one of the wettest winters on record.

Although the penguins are accustomed to cold weather in their natural habitats of Peru and Chile, the constant rain has come as a shock to them.

Keepers noticed that they were tending to huddle together for warmth rather than plunging into the water.

So it was decided to slip pills into the fish that they are fed on a daily basis.

“They are just not used to this type of constant, prolonged bad weather that we are having,” a spokesperson for the center told Agence France-Presse.

“They are under treatment for stress and we hope the tablets will have a calming effect on them.” Lyndsey Crawford, the center’s display curator, explained that the pills were designed to stimulate normal behavior in the penguins.

“Hopefully their instincts will kick in and they will realize that they are not in any danger,” she said.

The penguins have no idea that they are taking pills and suffer no discomfort as a result.

“They literally don’t know anything about it. It’s a tiny tablet that fits into the gill of the fish. It doesn’t taste awful,” she said.

The penguins were also seized by anxiety three years ago when a trespasser broke into their enclosure. The experience left the animals so frightened that they failed to produce eggs for some time.

Humboldt penguins are threatened with extinction in Peru and Chile due to a range of factors, including climate change, the overfishing of the species that they feed on and problems with becoming entangled in fishing nets.

British Prime Minister David Cameron visited the flood-hit areas of Somerset on Friday following criticism of his government’s handling of a crisis that has left swaths of the country underwater.

British Royal Marines helped to evacuate the residents of 140 homes in the Somerset village of Moorland after floodwaters rose rapidly overnight.

The rainy winter in England has set records tumbling, being the wettest combined period for December and January since 1876-1877 and the second wettest since 1766, the Met Office has said. AFP