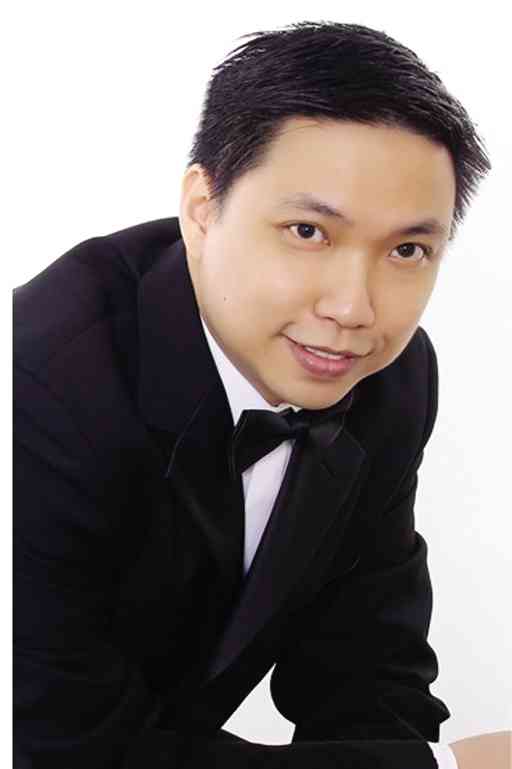 Bass-baritone Rainier Arthur P. Cruz will be performing a scene from the opera, “L’Elisir d’Amore,” by Gaetano Donizetti, as Dulcamara, in the graduation recital of his student, Elijah John Marquez, at the Dalisay Aldaba Hall, University of the Philippines (UP), Diliman, Quezon City.

Cruz is an assistant professor at the Voice, Music Theater and Dance Department of the UP College of Music.

Last Nov. 8, he celebrated his 10th year of teaching with the concert, “Grazie (Thanks),” at the GT Toyota Auditorium, UP Asian Center. He performed “Lord God of Abraham” from “Elijah,” “Ang Langit sa Lupa,” and “If Ever I Would Leave You.”

On April 3, 2009,  Cruz performed the title role in the Philippine premiere of Giuseppe Verdi’s “Attila” for his Master of Music Major in Voice graduation recital. He was joined by his colleague Reuel Tica.

He has also  portrayed  Dulcamara in Donizetti’s “L’Elisir d’Amore,” for which he was commended by  a review from the Philippine Daily Inquirer. He was bass soloist in Beethoven’s Ninth Symphony and in the Christmas Gala Concert of the UP College of Music  from 2003 to 2010. Cruz has also done notable performances of the works of George Frideric Handel, Wolfgang Amadeus Mozart, Felix Mendelssohn, and Gioachino Rossini.