Art fair for the cognoscenti and the people | Lifestyle.INQ ❮ ❯ 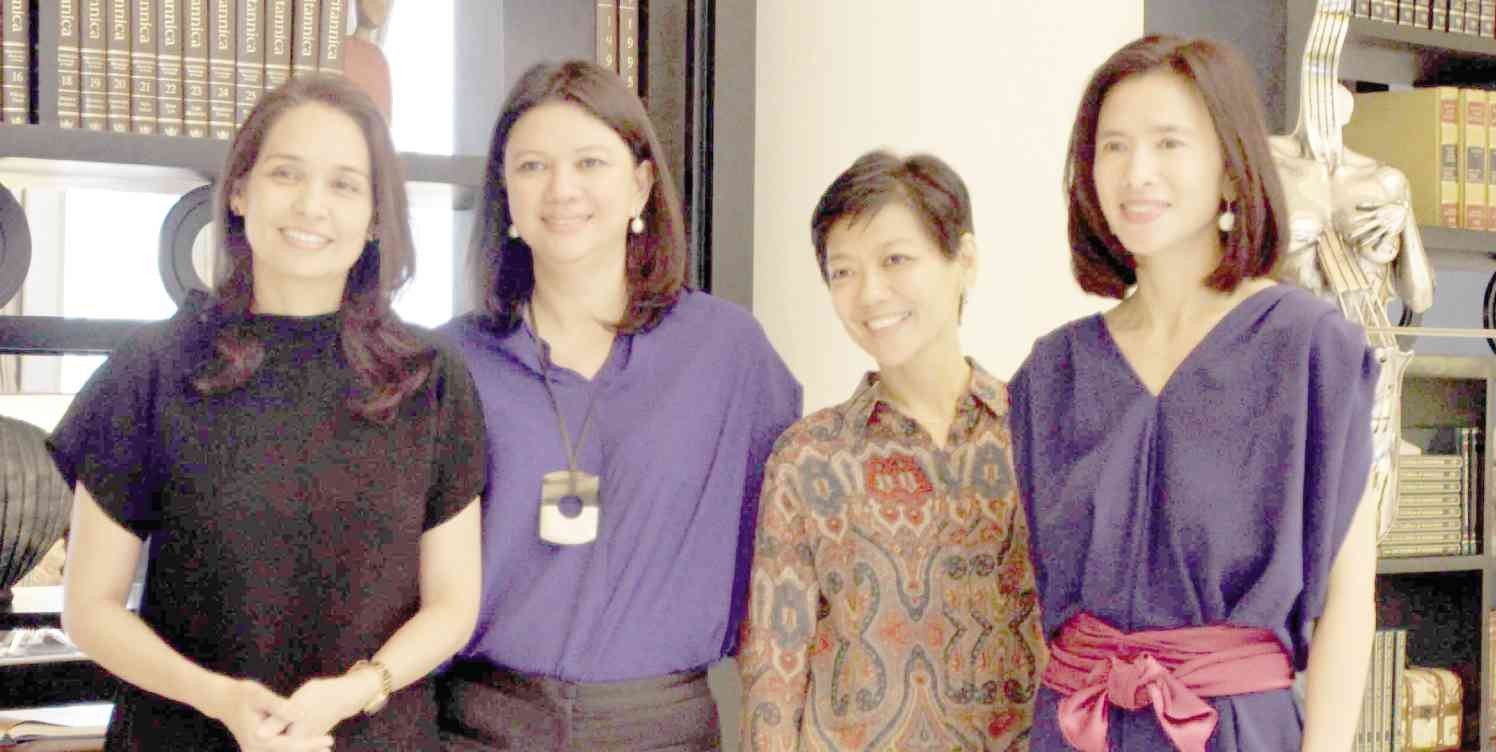 Art fair for the cognoscenti and the people Believing that people of all persuasions deserve to enjoy art, organizers of Art Fair Philippines 2014 will again mount the fair at the highly accessible The Link car park in Ayala Center, Makati, from Feb. 20 to 23.

Organizers Trickie C. Lopa and Lisa Ongpin Periquet promised an event that would bring together works from 28 galleries and seven special or solo exhibits, along with a separate Ayala Art Annex featuring galleries and installations especially commissioned for the fair.

One of the highlights this year would be the Christie’s Art Forum, a curated series of seminars and discussions to be conducted by specialists, guest speakers and artists organized by the renowned international auction house.

Deanna Ongpin Recto and Christie’s specialist Shuyin Yang will co-moderate the discussion on Philippine art and how it is rapidly evolving in the current scene.

Architects of the Leandro V. Locsin Partners and furniture designer Kenneth Cobonpue will transform the car-park building tucked between the Makati Shangri-La Hotel and Landmark Department Store into an alternative art space that would house the fair.

In a press conference last week, Lopa said Art Fair Philippines would be much bigger than 2013’s endeavor that brought in 6,000 visitors to view works presented by 25 galleries and in three solo exhibits.

And to bring art right where the action is, a parallel event dubbed the Urban Art Project would bring previously exhibited works to “strategic areas” like the Greenbelt fashion walkway, the lobby and fountain areas of Tower One building, and the Glorietta 2 entrance so passers-by could look and perhaps contemplate on these pieces.

Lopa said the Urban Art Project aims to make people encounter art by Alfredo and Isabel Aquilizan, Olivia d’Aboville, Valeria Cavestany, Patty Eustaquio and Dex Fernandez by placing these in areas of heavy foot traffic, if only to infuse more interest in people’s daily routines for a few weeks.

“Art should not be limited to the intellectuals or the cognoscenti… This is [an effort to stress that] art could be part of the ordinary and something that is not so elite or special.  It could be part of daily life like in the mall,” said Lopa.

Periquet likened the project their other annual group effort, Art in the Park, that literally took art pieces out of the gallery and sold them in Velasquez Park, a very spot in nearby Salcedo Village that draws fans from different social strata.

Periquet said the concept this year is to display art “in such a way that it’s accommodating, not intimidating.  Art Fair Philippines itself would be very open—all booths and no doors.  You just go from one (booth) to another looking at the artwork, you don’t have to buy anything.”

“There would be lots of things to see and experience. All this Filipino creativity in one place, artists and gallery owners you can talk to.  We want to market it to everybody, not [make it] a connoisseur show,” she added.

Lopa said Art Fair Philippines could be considered an effort to call and sustain on a long-term basis global attention to Filipino art, especially now that neighboring countries in Southeast Asia as well as Western collectors have begun to take notice.

“Maybe we’re not yet in the level of Jeff Koons or those big names that everybody knows about but… our neighbors, Indonesians,  Malaysians, Singaporeans, a lot of them are very familiar with our artists.  They appreciate the work of our artists, and recently we’ve had a lot of international interests,” she noted.

Lopa added that “a lot of names in Western contemporary art” have been “flying in quietly” to look at the works of Filipino artists.

“Asia’s very much in the spotlight now, maybe it goes with that wave also. Asian economies are picking up and people are looking at the region. Not just at the politics but also at the business opportunities and also at the art that’s coming out of this region,” she pointed out.

Periquet said Art Fair Philippines eventually aims to be “the international standard art fair for the Philippines. Each country has a big art fair like Art Basel in Hong Kong, there’s Art India, and Madrid has something called Arco. We want to be the one that features the best of Philippine art.”

The Ayala Art Annex at the exhibit’s second level would feature new sculptural works by BenCab as well as the solo exhibitions of Marina Cruz, Geraldine Javier and Ronald Ventura.