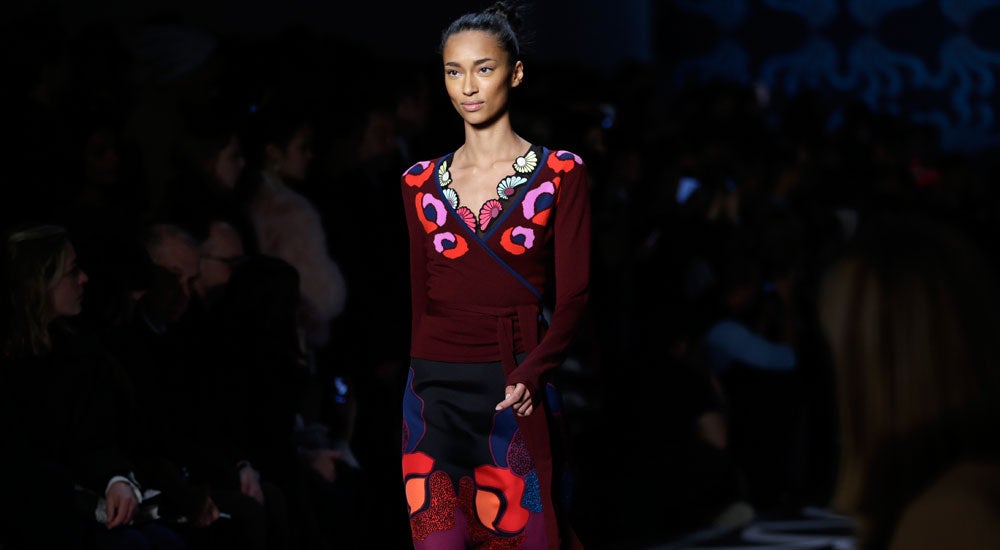 NEW YORK – Designer Diane von Furstenberg celebrated Sunday 40 years of her phenomenally successful wrap dress, which has been copied across the planet and revolutionized women’s fashion.

V-necked, feminine and easy to wear, uncrushable in silk jersey and figure flattering for all, the dress made the Belgian-born US designer her fortune and her name.

Within two years, she sold five million copies and von Furstenberg, 29 at the time, was hailed in 1976 by Newsweek magazine as “the most remarkable woman since Coco Chanel.”

Unveiling her fall/winter 2014 collection on the New York catwalk with a shower of golden confetti, von Furstenberg gave the dress a starring role.

It opened the show in large geometric black and gold prints, was worn sometimes with trousers and reinvented as an evening dress in star-studded black silk chiffon.

A printed flower motif version closed the show and the final 15 models sashayed out in golden wrap dresses to the music of New York singer St Vincent.

“I was in my 20s when I made the dress, and it was my American dream,” she told The New York Times recently.

“This little dress changed my life. It paid my bills, for my children’s education. But it also changed the lives of women in ways I had no idea about.”

“A glamorous vagabond, she is on the run with her dreams and color,” the designer explained in notes accompanying the runway show on day four of New York Fashion Week.