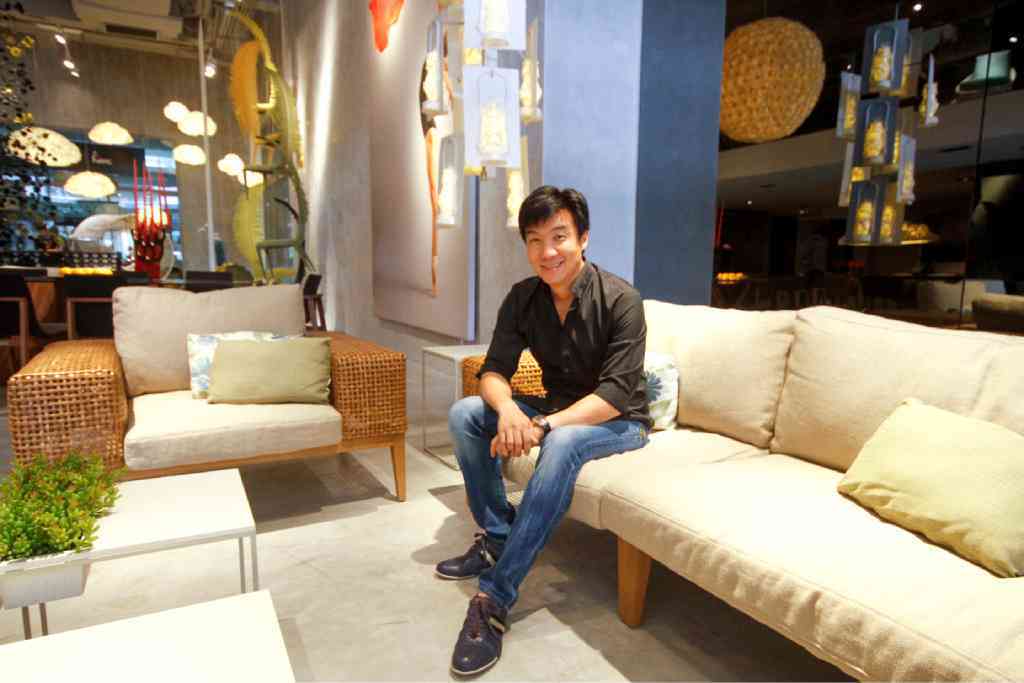 KENNETH Cobonpue in his showroom at Greenbelt.

Maison Et Objet is known in rarified circles as THE French trade fair for furniture and interior design, and is among the less than a handful international bodies whose seal of approval would more than define a designer’s career.

Cobonpue said he had known as early as December that he had been chosen. But he was asked to keep the news under wraps.

“I was, of course, very honored. This is the first time they are giving an award (to an Asian) and being chosen for it (implies that I) set the bar for the award,” said Cobonpue in an exclusive interview.

The designer was not chosen for a specific piece of furniture, but rather for the complete body of work he has produced so far.

He’s been able to use local materials—rattan, for instance—and experiment with the manufacturing process to create furniture and other home designs that have gained good markets here and abroad, and won acclaim from the design cognoscenti. They have also gained him celebrity clients such as Brad Pitt.

“I felt very thrilled when they were doing the nomination, to be considered among the who’s who of the people in design. (Maison Et Objet based in Paris) is actually a lifestyle fair, one of the two most significant and beautiful fairs in the world, aside from the one in Italy, Salone Milan,” he said.

Cobonpue bested other known designers in the region, including those from Thailand and Indonesia. Their works were scrutinized by an international panel based on the significance of their efforts to the region.

Cobonpue’s way with indigenous materials and sustainable natural fibers gave him an edge.

International magazines have long recognized Cobonpue’s furniture. His most famous piece would probably be the Voyage that Brad Pitt bought, among his other designs.

The designer recalled meeting a group of students from Indonesia who told him that they study his works in a design course in their school.

“They said they study what I do, they said, ‘Sir, you are the subject.’ I serve as their model of what somebody from Asia can accomplish,” he said.

There have also been similar encounters with design students from Thailand, Cobonpue added.

He said these distinctions made him confident of his work that runs the gamut from spaces and interiors, to transportation, to the future design of one of the terminals of the Ninoy Aquino International Airport.

“Maison Et Objet studied the impact of a designer on society as well as the whole generation of designers. So, if they wanted a model to emulate, I felt kind of confident (about that),” Cobonpue said.

The designer would not reveal plans now that an announcement of his award is expected soon, except to say that he would “keep designing anything,” even soup cans like what Andy Warhol did.

“I am always more excited with things I’ve never designed, to try new things. Design is always a creative solution to everything and anything. It’s a challenge to make the ordinary extraordinary,” Cobonpue declared.