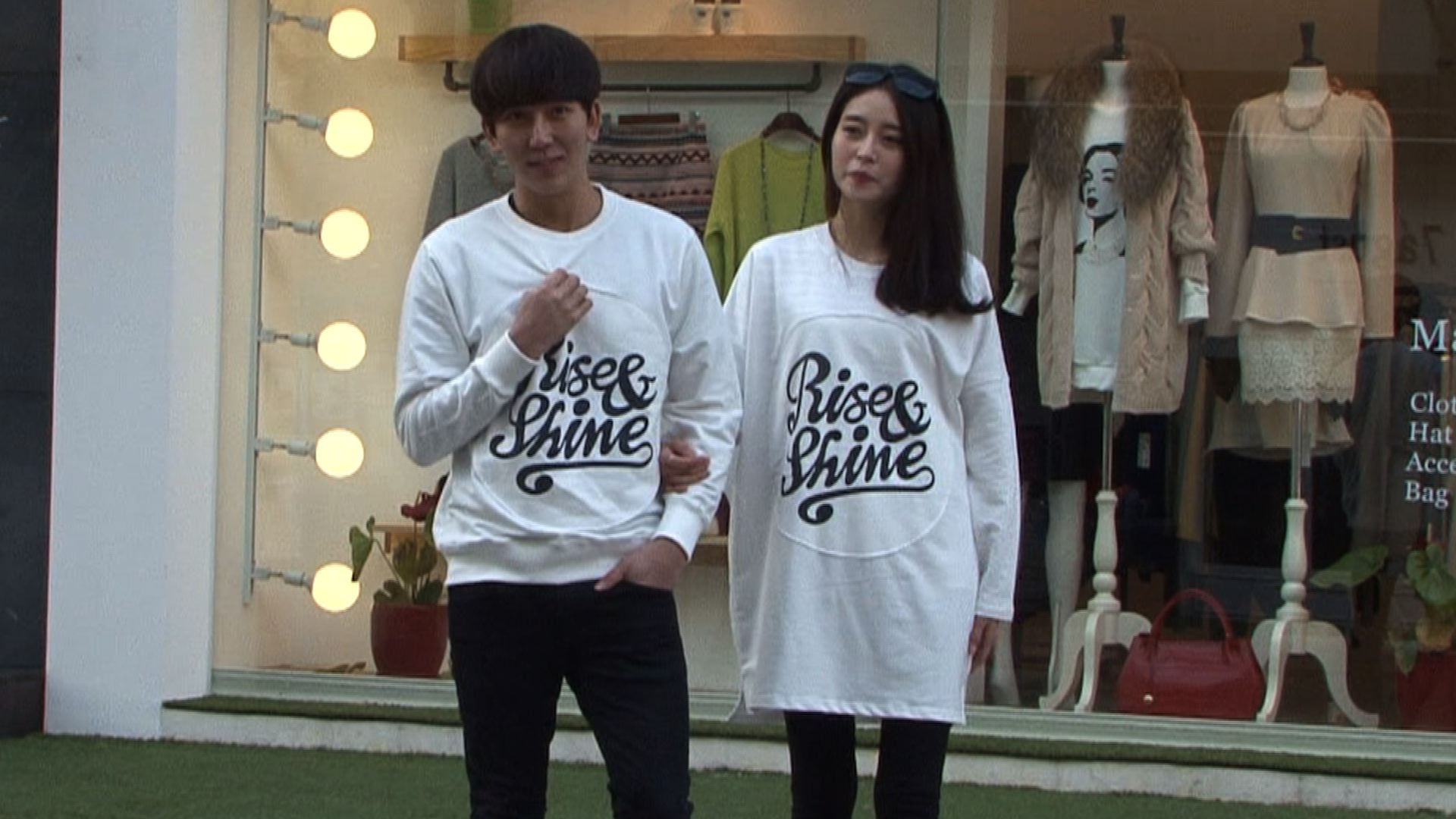 SEOUL — In a country where public displays of affection are still frowned on, young South Korean couples often advertise their relationship by wearing matching outfits, whether socks, shirts, jackets or, more privately, underwear.

It’s especially popular with newlyweds, making South Koreans honeymooning on the beaches of Southeast Asia easy to spot in their twinned T-shirts or shorts, complete with “couple flip-flops.”

The fashion can also be seen among young people in China and Japan, but South Koreans have taken it to a different level.

The trend has spawned a small cottage industry, with specialist online stores offering “couple swimwear” for the summer holidays, “couple snowboarding suits” for the winter and “couple track suits” for those who like jogging together.

Newspapers and magazines, meanwhile, churn out stories on how best to pull off the “couple look” with each season’s latest outfits.

“When I was in college, I bought ‘couple hoodies’ with my ex. It felt cool and sweet that we hung out together wearing the same hoodies,” Eric Kim, a 28-year-old Seoul office worker, told AFP.

“Also we can show off that we are a couple, not one of those lonely singles,” he said.

Older now and mixing with friends who find donning head-to-toe identical outfits as “tacky and embarrassing,” Kim says he and his current girlfriend make do with wearing matching shoes.

There is no marketing data on how many South Korean couples go in for matching fashion, but business certainly seems to be booming.

Matching underwear and pyjamas are also popular, typically in pink for women and blue or black for men — but also in sizzling leopard-skin design for both.

Baek Eun-Joo is a diehard fan of the “couple look” and her dating history is a voluminous back catalogue of matching or identical his and her patterns.

“My husband and I have been wearing couple clothes for the past eight years. We just can’t get enough of it,” Baek told AFP.

Rather than ridicule, Baek said she was normally bombarded with complements from friends and questions over where they could find the same outfits.

Convinced there was substantial market, she and her husband opened their own online store called Ggumddakji — a slang term for an inseparable couple.

“It feels weird and sweet at the same time … and is a great way to reaffirm your love with your partner,” Baek said of the trend.

“Plus, South Koreans tend to want to show off things they are proud of — including their relationships,” she added.

The shop doesn’t provide advice on what couples should do with their outfits if the relationship breaks up.