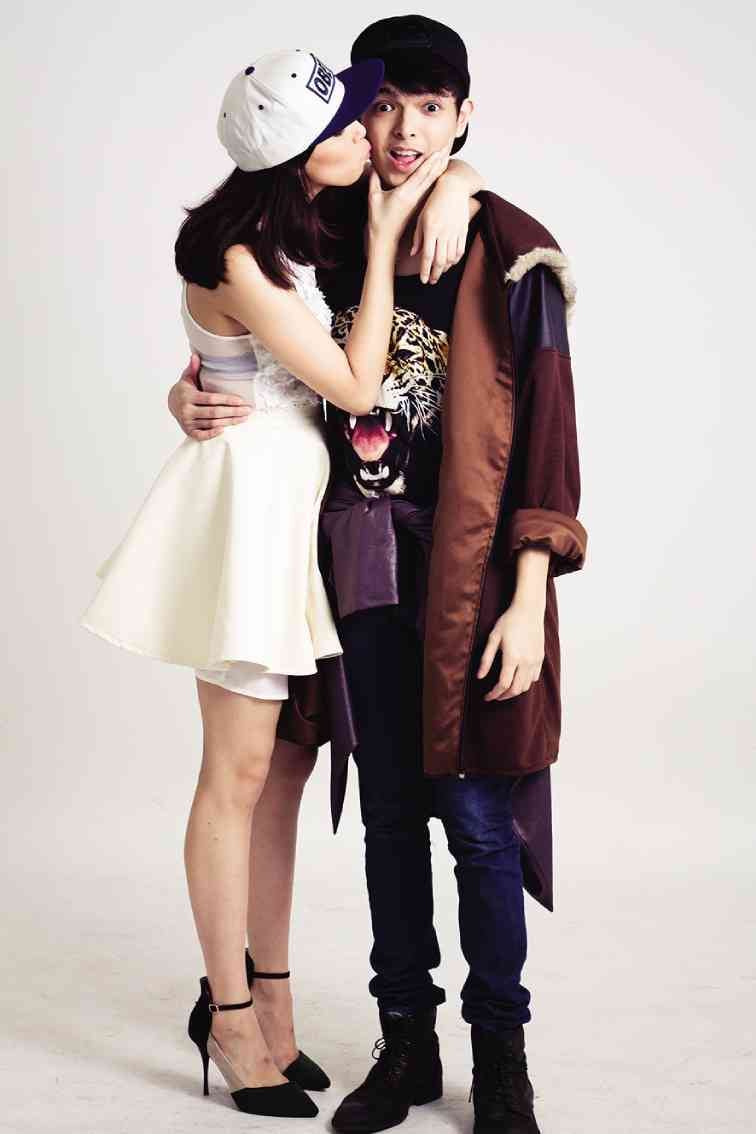 Of love and fashion

No one will ever turn down a fashion and romance combo. “Sex and the City” and “Gossip Girl” were just two of many shows that succeeded in drawing attention to this perfect combination. Fashion is one thing, but adding romance to the mix takes it to a whole new level.

Dani Barretto and Mikyle Quizon are two of the most popular fashion bloggers in town today. Style is Eternal is Dani’s fashion blog, while Style Division is Mikyle’s. Their talent pulls people to click on their respective blog sites day after day, admire their fashion-forward looks and emulate the pair’s style tricks.

Dani started blogging in March 2012, simply to give it a shot. In July that same year, Mikyle also began blogging, thanks to Dani’s encouragement and influence. Right off the bat, they thought of blogging as a mere hobby and a means to share their personal style. Never did Dani and Mikyle expect that their love of fashion would bring them to where they are today.

There is a growing number of fashion and shopping-related blogs around the world today. Each blog does not only need to keep and maintain readers and followers; it also has to ensure that the number of blog clicks continuously climb up the ladder.

In order to differentiate themselves from other bloggers, Dani and Mikyle always have a few tricks up their sleeves. Dani prefers shaking things up once in a while and keeping her

audience on their feet. “I like surprising people with what I wear. I can do edgy, girly, preppy and even lazy. I don’t stick to one style,” Dani says.

Mikyle differentiates himself from other menswear bloggers by maintaining an identity of his own. “I am stylish in black, and that is what’s comfortable for me. It’s like my home base,” Mikyle says.

Although people look to them for style tips and tricks, Dani and Mikyle also need their own dose of inspiration once in a while. When asked who their style inspirations are, Dani says she personally identifies with Rachel Zoe, Kendall Jenner, Blake Lively and Miley Cyrus.

Mikyle looks up to Asap Rocky and Scott Disick of the Kardashian brood. But there’s one more person who keeps Mikyle motivated in more ways than one: Dani.

“Having my girlfriend in the same industry is a blessing for me because she’s my inspiration,” Mikyle says. Dani has done more than teach him about blogging. Mikyle admits that Dani is like his coach, supporting him in all that he does and correcting the little mistakes he makes once in a while.

What truly sets Dani and Mikyle apart from the numerous fashion bloggers around is the burning romance between them.

Dani couldn’t be more grateful that she and Mikyle share the same passion. “The only thing we fight about is who will take our outfit shots or how blurry my shot or his shot is,” Dani relates. Since they encounter similar experiences, they understand one another like no one else does.

Their relationship also banks on honesty. According to Dani, she never has to worry about a thing because she is certain that Mikyle always has her back. “He inspires me to be a better version of myself everyday,” Dani adds.

With everything they have accomplished at such a young age, Dani and Mikyle are both overwhelmed that a simple hobby led to bigger things.

Mikyle says he was simply having fun sharing his style with others, and the next thing he knew, he himself was already inspiring others to dress up the way he does.

“It feels amazing,” Dani says. She never thought she could ever do something to reach out and inspire young people. Nothing beats those moments when Dani receives tweets from readers who express how much she inspires them.

Growing up, Dani and Mikyle were surrounded by families that inspired other people through acting. As such, it was an achievement and a privilege to make a name in the fashion

industry—a world different from what they have both been used to.

In spite of their success, Dani and Mikyle have also had their fair share of challenges. Mikyle has experienced being hated by a celebrity and by people he did not personally know, and he has been questioned about his sexuality. But he braved all those storms and came out stronger than before.

In the same way, Dani has encountered criticism. But, with the support of family and friends, she gets back on her feet and believes in herself even more.

When asked what their advice is to aspiring fashion bloggers, Dani and Mikyle say that the basic ingredients to success in this industry are standing out and taking risks. “You don’t have to be someone to be noticed. You just have to be remembered,” Mikyle says.

Both in life and in fashion, one can’t go wrong stepping out of one’s comfort zone. It is, in fact, the first step in turning dreams into realities. Then, perseverance and dedication will do the trick. “Love what you do, and it will definitely love you back,” says Dani.