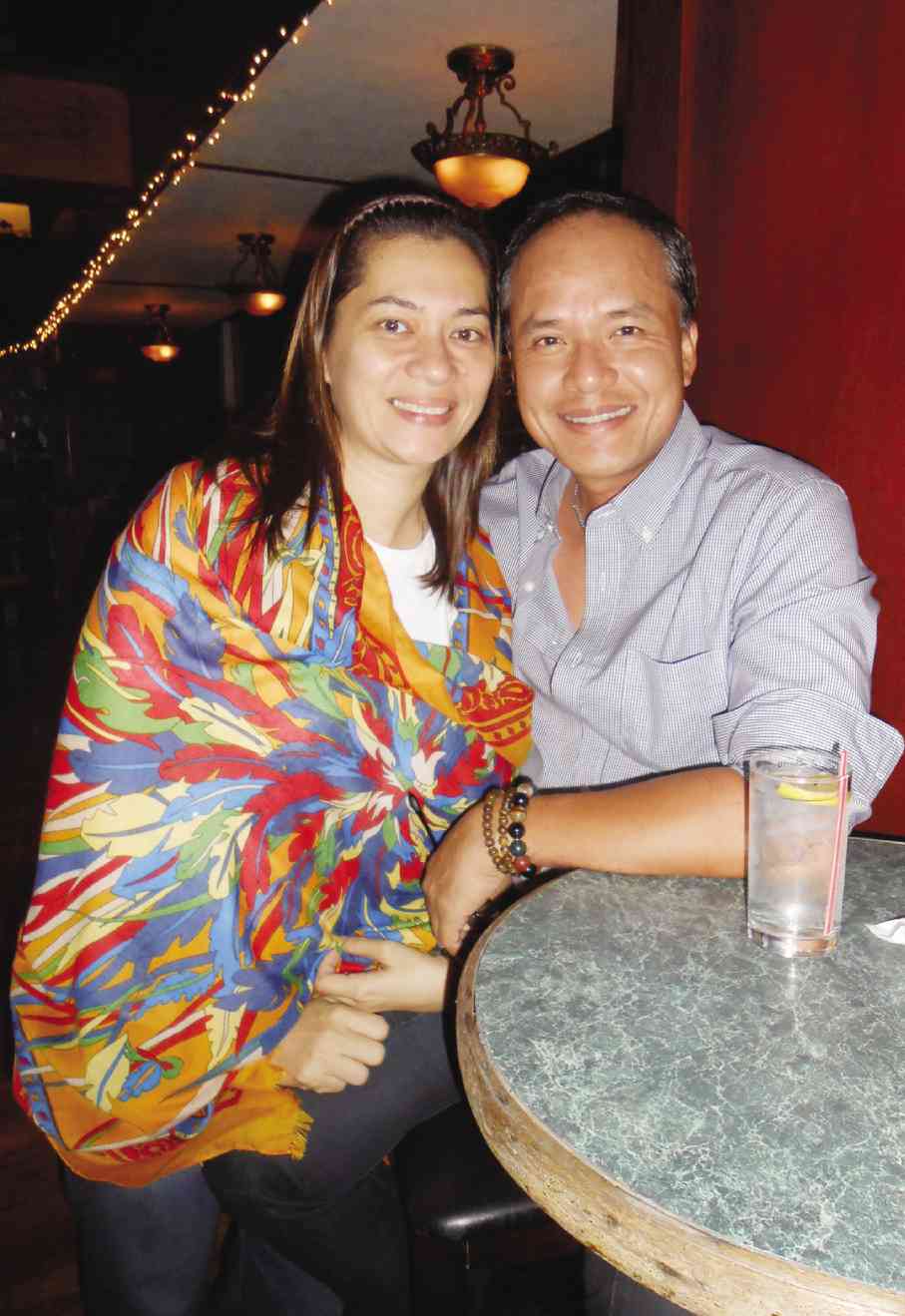 Chad Borja had spent years in Manila and overseas pursuing his ambition to become a successful pop singer when he met Emy Gross in his birthplace in Cebu.

Emy, who also hails from the Queen City of the South, had worked in Makati Shangri-La and was a flight attendant when she and Chad crossed paths.

“I first noticed Emy when she and her friends watched one of my shows a long time ago. I wasn’t able to talk to her because they left right away,” Chad tells Inquirer Lifestyle.

In a twist of fate, they were both invited to dinner by a common friend. “But the only information I got from her was the subdivision she lived in and the plate number of her car,” says Chad.

One day, he drove around the subdivision, hoping to spot Emy’s car. It was late at night, Chad says, when he finally found Emy’s house. Fortunately he was allowed to get in and talk to Emy.

The couple have been together for 23 years. They have two daughters—Aby, 12, and Mafy, 10, who were born after Chad underwent radiation treatment for throat cancer.

The kids stay in their house in Davao, where Emy runs a thriving wood furniture business as Chad resumes his singing career.

We asked Chad and Emy how they keep their love alive.

Chad: “We share the same principles. We both agree that being rich is not measured by the amount of money we make, but the quality of life that we have. We take time go out on dates or short trips. She fully supports my passions like singing, golf and my love of nature. She is also low-maintenance, has simple needs and doesn’t splurge on material things. Emy and I help run our business. We’re transparent in everything and we don’t fail to communicate especially when problems arise.”

Emy: “We maintain a stress-free home, surrounded by plants and trees. He brings music and laughter to our house. He is very much attached to our girls Aby and Mafy. They sing together and play golf together. We make it a point to spend time with each other, either as a couple or with the kids. I like Chad’s simplicity and quiet character. I also appreciate that he always asks me to be with him in his shows to support and assist him.