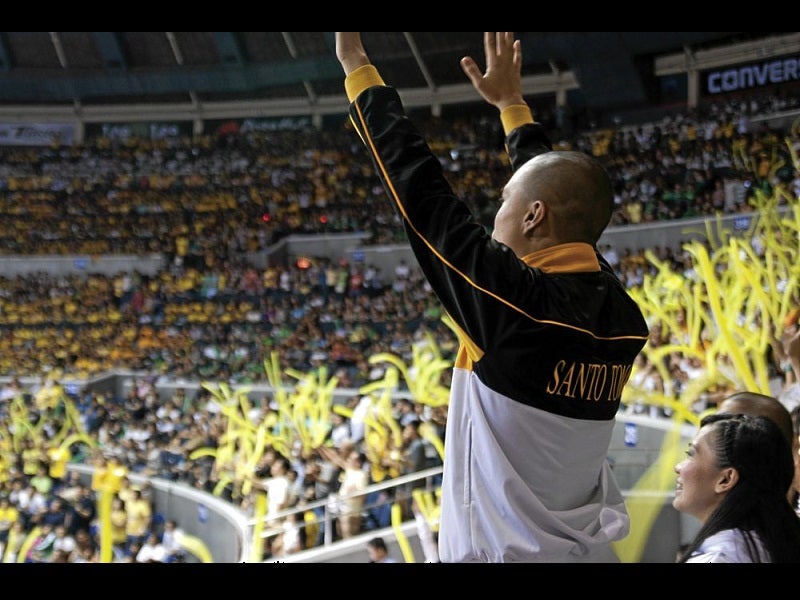 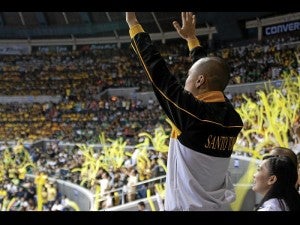 A boisterous crowd of students from the University of the Philippines, all clad in black, were holding personalized placards to show support for the defending champion, the UP Pep Squad, which later emerged back-to-back champion. Other schools were not to be outdone—gaily waving their own banners, clappers and wearing their school colors—loud and proud. 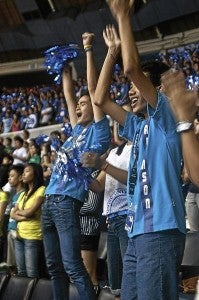 Fans of perennial top performer, UST Salinggawi Dance Troupe, were a bit disappointed their team did not make it to the best three, but they were just as proud and happy for the cheerdancers.

“The troupe performed with grace and flair in keeping alive our school’s legacy of excellence,” says Nikki Yambao, a Communication Arts major from UST.

For Elise Barrios, a student from UE, their team performed better this year, compared to the previous year. “They did well and there’s always next year to try and finally win the sought after title,” she added.

There is no doubt that the cheerleading event is one of the top crowd-drawers in UAAP’s annual lineup of activities. With over 20,000 filling the Araneta Coliseum, fans of this sport-cum-art later streamed out of the arena with their heads held high and hearts throbbing with so much spirit that only immense school pride could bring.