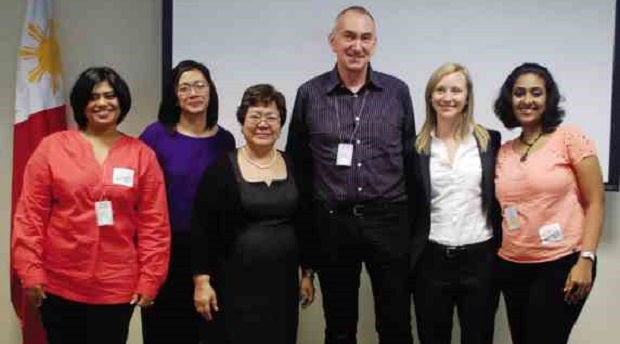 The upcoming “Short + Sweet” Theater Festival presents 28 10-minute plays in Filipino and English. These multi-theme, bite-size plays are for regular watchers and those with short attention spans—think speed-dating or Twitter in theater form.

The traveling theater event known as the “biggest little play festival” was established by artistic and executive director Mark Cleary in 2006 in Australia. It has recently made stops in Singapore and India.

For the Philippine run, “Short + Sweet” has partnered with the Australian Embassy and University of the Philippines. It will run Feb. 26-March 9 at Wilfrido Ma. Guerrero Theater, UP Diliman. Fourteen short plays will be staged on Feb. 26-March 2; and the next 14 on March 4-8. All shows start at 6:30 p.m.

The audience will vote for the best 12 plays that will be staged at the grand finale on March 9, 5:30 p.m. Awarding ceremonies will be held to honor the best play, script, director, male and female actor, and people’s choice.

“Filipinos love to perform,” Cleary said during the recent launch at the Australian Embassy, Makati. “‘Short + Sweet’ provides a venue for local artists, directors and writers—from professionals to new ones—to present their skills and ideas to an audience.”

“Short + Sweet” aims to create “a more creative world, 10 minutes at a time.”

Materials were sorted out and auditions for actors were held late last year. From the initial plan of having just 20 plays, 28 materials made it to the final lineup.

The short plays were chosen for being concise and engaging, and for having “international appeal.”

There is just one rule: Each play should be done in 10 minutes. The Manila roster will have dramas, romance and comedies. Scripts are from local writers and the festival database.

The directors agreed that staging a 10-minute play is no less easy. “We get a one-time shot at it, and it has to be perfect in 10 minutes,” said Jay Caluag, one of the directors.

There will be no big sets or fancy costume changes. “As one play leaves the stage, another one enters after 30 seconds or a minute,” explained Cleary. “Seamless transition from one story into another is what S+S is famous for.

“If you don’t like the play you’re watching, just relax, it’s only a few minutes until the next one starts,” Cleary said, chuckling.