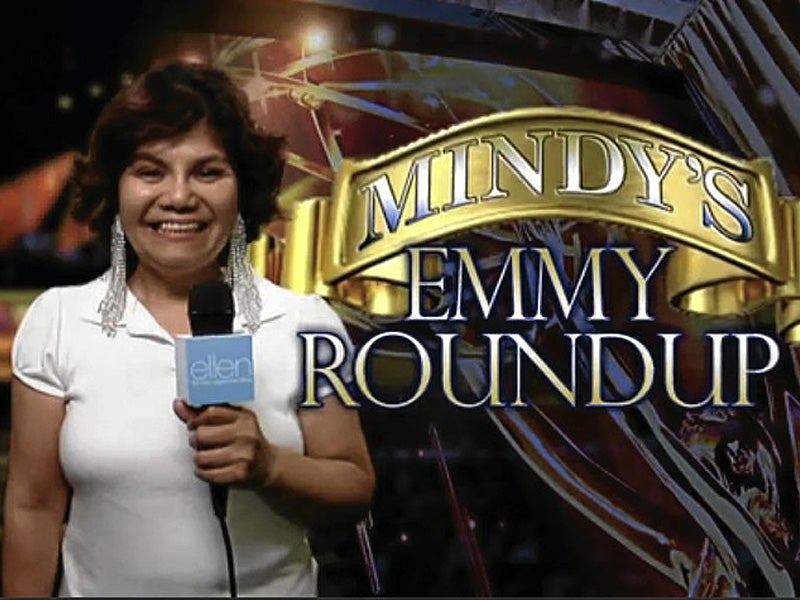 Freedom, murder and the anti-planking act 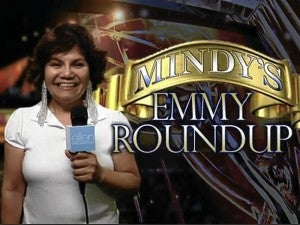 After two years spent in an Iranian jail, American hikers Shane Bauer and Josh Fattal are finally free. The two—along with Sarah Shourd, who is Shane’s fiancee—were hiking in Iraq when they wandered over to the Iran border. It was a mistake, the hikers said, but they were convicted of spying. Sarah was released a year earlier than them. “Today can only be described as the best day of our lives,” their families said in a statement.

MINDY AT THE EMMYS

Ellen Degeneres sent Luzviminda Casimiro, her beloved Filipina housekeeper, to the Emmys this year. Acting as her awards show correspondent, Mindy got the chance to interview the evening’s winners including The Big Bang Theory’s Jim Parsons (we’re very jealous!) and Modern Family’s Ty Burrell and Julie Bowen (again, super jealous!). The spotlight didn’t faze Mindy at all, who wore attention-grabbing chandelier earrings (which she says she got from Craigslist). And it shouldn’t be a surprise. She’s used to being in front of cameras—she’s been charming audiences with her Mindy Love Reality TV segment on Ellen’s show for a while now. She’s charmed us too. And now we couldn’t stop watching her videos on YouTube.

The “Twilight” star was recently in Manila to accompany her fiance Paul McDonald who was performing at the two-night “American Idol” concert in Araneta. We got excited about her visit not because of her stint as a vampire but because we’re huge fans of “Thirteen,” the 2003 film which she co-wrote and starred in when she was just 15. (The film was loosely based on her life.) Ovation Productions photographer Magic Liwanag said, “She is very supportive of  Paul. She was very approachable and nice, no ‘arte,’ not pa-VIP at all.”  While she was in the country, Nikki posted on Twitter about our colorful jeepneys. “Either I’m the most gullible person on the planet (very possible), OR Manila has the coolest buses I’ve ever seen!”

Yes, our jeepneys are cool but “American Idol” runner-up Lauren Alaina seems to have found something else to like about the Philippines. The singer has been exchanging tweets with Yuki Sakamoto from the local boy band 1:43. She tweeted: “@iamyukisakamoto #nabighani (:.” 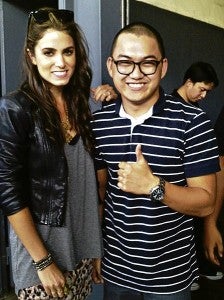 Ladies and gentlemen, say hello to the Hash Brown Burger, which is a pure beef patty and a slice of cheese in between two crispy hash browns. Think of it as an all-day breakfast meal, just like their much-missed Pancake Sandwich.

People all over the world are complaining about the recent changes in the Facebook homepage (supposedly important posts being priority in news feed, suggestions on people to subscribe to, a ticker portion where you can see friends’ activities in real time), most of which are said to have been added to compete with other sites such as Twitter and Google+. Probably one of the good changes is how photos in the feed are larger now so you don’t need to click on them anymore, unless you really, really want to see details. Despite all the rants, it doesn’t look as if people will be deleting their Facebook accounts soon, though.

PLANK YOU VERY MUCH

You’d think this country didn’t have bigger problems? Congressman Winnie Castelo proposed The Anti-Planking Act of 2011 after students planked on the street at last Monday’s transport strike. The act prohibits students from using planking as a form of protest. Does this mean owling as a form of protest is okay? What about horsemanning? And, more importantly, don’t you have bigger things to think about?

Countless people have reacted to the proposed law—with some planking in protest.

Katrina Holigores said it best when she tweeted, “Plankly my dear, I don’t give a damn.”

Last Tuesday, because of jealousy, a 13-year-old boy shot his 16-year-old boyfriend in the head before shooting himself inside a mall in Pampanga. The two spent time in separate hospitals before succumbing to their wounds. It was a shocking story—even more so because they were so young. The story has left people bewildered, including their parents, who didn’t even know the two boys were in a relationship. Their deaths left behind many questions. Where did he get the gun? How did he get past security? Could it have been prevented? They also left us with many lessons. Be careful who you meet on Facebook. Be careful who you give your heart to. And violence—to yourself and to others—is never the answer, not even to the biggest problems.