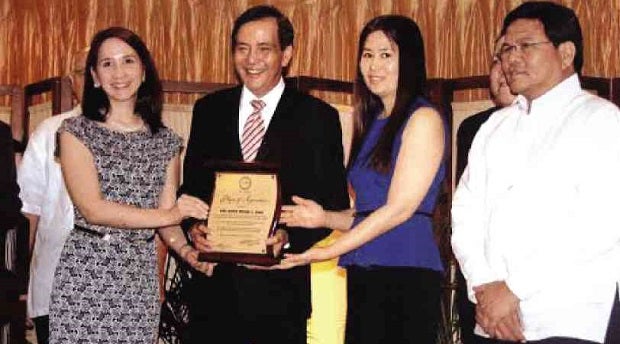 The Consular Corps of the Philippines Cebu chapter held a dinner meeting with Cebu City Mayor Michael Rama at Salon Barcelona of the Casino Español de Cebu. It was a lively gathering with Mayor Rama among the first to arrive.

That gave him the opportunity to interact with the consuls, all of whom are his friends.

She said the corps works hand-in-hand with the city’s dynamic leadership, expanding ties of goodwill and friendship with other countries. These ties include trade, tourism, cultural exchanges, as well as support to Cebu City’s projects and programs.

Dinner was served, buffet style, with the mayor asked to lead the way. “Ladies, please join me,” he gallantly requested. The Casino Español de Cebu’s general manager May Ocaba and banquet manager Doming Amisola saw to every detail. To begin with, the menu was excellent.

Julie Alegrado Vergara, honorary consul of Austria, was tasked to introduce the members of the Cebu Consular Corps. From the career consulates were consul general Zhang Weigou of the People’s Republic of China, and consul Shoji Otake of Japan.

More: the Slovak Republic’s Antonio Chiu; Spain’s Anton Perdices; Sweden’s Jose Sala; and  US consular agent John Domingo. There was a special mention for Arcadio “Dodong” Alegrado, who some years back retired as honorary consul general of Austria. He just turned 80.

Cebu City has a new protocol officer in lawyer Leslie Ann Reyes, stunningly pretty, tall and svelte enough to glide on a catwalk. She was asked up the dais to introduce her team.

Her team consists of Elmer Labella, public information officer; and Angel Espiritu, consultant for foreign relations, which is his expertise, having served for 40 years with the Department of Foreign Affairs.

Mayor Mike was elected Cebu City councilor in 1992, consequently vice mayor, and is now on his second term as mayor.

In his speech, Mayor Rama delineated the services Cebu City renders its constituents. This was illustrated by a well-documented video presentation that impressed the Cebu Consular Corps for its thoroughness.

One of Cebu’s most immediate problems is the Cebu City Medical Center (CCMC) whose building suffered irreparable damage during the Oct. 15 earthquake. The facility caters mostly to very poor patients, and right now the CCMC functions in ramshackle conditions.

A new hospital, preferably one with a capacity of 1,000 beds, is imperative. The Espina family of architects has donated the design and plans. Knowing the Espinas’ track record and accomplishments, it couldn’t be better.

Mayor Rama says it may cost P800 million, or even P1 billion. He has initiated a “piso-piso” campaign to give all Cebuanos the chance to contribute to its reality. But more is needed, of course. He has appealed to the Consular Corps and to anyone who’d like to help.

There was an open forum, after which a plaque of appreciation was presented to Mayor Rama by Emily, Carmel, and Jose Sala, honorary consul of Sweden, and vice chair of the Cebu Consular Corps, who delivered the evening’s closing remarks.

Mayor Mike Rama was profuse in thanking everyone. He was told that the plaque was but a small token for so great a person as he.

As he said goodbye the mayor invited all to the celebration of Cebu City Chapter Day on Feb. 24 in the evening at the Marco Polo Plaza Hotel. Highlight of the event will be the presentation of awards to the city’s outstanding individuals and institutions.