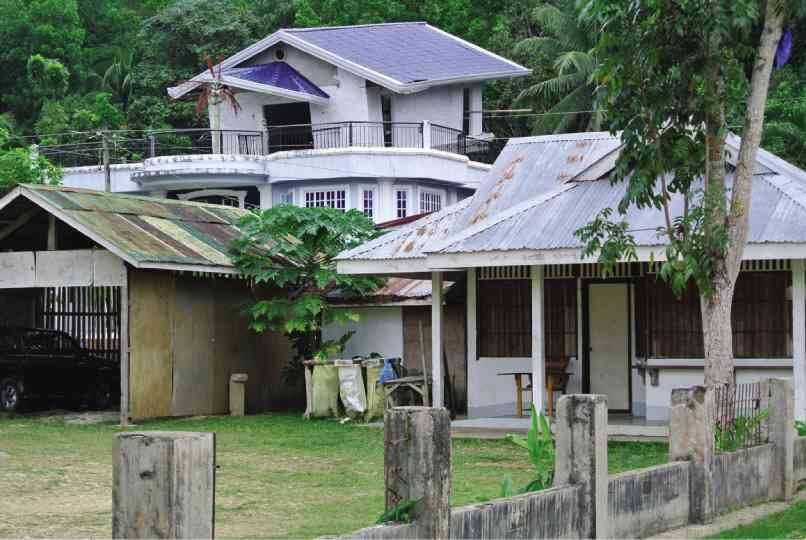 Why wooden houses survived the earthquake

The recent earthquake brought many Bohol houses down. Other structures simply collapsed.

With an earthquake that strong, whose impact was compounded by many major aftershocks, only the most structurally sound of houses managed to remain standing.

The majority of houses that survived, or, at worst, were brought down, were built of wood.

It is not surprising that these houses resisted collapse because wood is a construction material pliable enough to sway with earthquake movement, a quality inherent in the traditional bahay-kubo that responds so well to our tropical environment of typhoons and earthquakes.

The structural simplicity of bahay-kubo construction disguises its engineering sophistication.

The bahay-kubo is totally supported by a system of wooden posts that hold up the floor, walls and roof. Major posts anchor each corner, and secondary posts run along the length of walls.

To the posts are attached the bamboo-slat floor, which is built high off the ground to provide interior ventilation and to protect inhabitants from floodwaters.

Attached to the network of posts are lightweight wood or bamboo walls, and, above that, the same posts continue upward to support the roof.

The system of posts carries all the weight of the entire bahay-kubo structure, unlike colonial churches where the entire structure (stone piers acting as posts, arches and thick stone walls) acts together to support the total weight of floors and roof.

Because the entire structure is supported by a network of posts and not by the walls, the wood-and-bamboo bahay-kubo is pliable, allowing it to sway with strong wind and to withstand tremors up to a certain degree.

Learning construction methods from the bahay-kubo, the Spanish colonials went a step further, developing a hybrid construction that eventually came to be called arquitectura mestiza that combined features of the bahay-kubo with Hispano-European motifs, from which emerged the bahay-na-bato.

Emerging between the 17th and  19th centuries, the bahay-na-bato was typically of two stories with its ground level constructed of either massive cut stones or brick, its upper level built entirely of hardwood, and steep roof covered with terra-cotta tiles.

The massive bahay-kubo is totally supported by wooden posts. Walls, whether of stone or wood, are simply curtains that shut out the exterior but perform no function to support the structure that is carried by posts made of solid tree trunks, visible in the interior of the house.

Like the bahay-kubo, the post system of the bahay-na-bato allows the structure to sway in response to wind and tremors, therefore making it resistant to damage.

Wood construction is the reason that older houses in Bohol survived the earthquake last year.

Why did newer concrete structures collapse?

Poor or nonexistent engineering, haphazard construction, and no structural or reinforcement provisions that allow the house to resist either typhoon or earthquake stresses are common explanations for their collapse.

We saw reinforced-concrete columns buckle and fail, walls crumble into rubble and powder, upper floors falling on floors below, and even roofs plunging to the ground.

And these failed structures are supposed to be more modern structures, built of reinforced concrete that people associate with durability, safety and strength.

Interestingly enough, many houses that fully or partially survived the disaster were of wood-and-concrete construction that follows the bahay-kubo structural logic, proof that there is much to learn from tradition.

Hopefully that learning will be applied during the reconstruction period so that mistakes will not be repeated.

Sadly, the traditional wooden houses, valuable expressions of Philippine heritage damaged by the last earthquake, receive absolutely no government assistance for reconstruction because they are privately owned.

Unless something can be done to assist the owners, these houses will disappear completely and be replaced by houses that continue old building notions, which still are not equipped to resist natural calamities.

What a pity it is to have heritage houses and the knowledge of traditional construction vanish entirely from both our cityscapes and our collective memory.

Members of the Association of Structural Engineers of the Philippines (Asep) analyzed why houses in Bohol did not survive the recent disaster, at a forum organized by the International Council of Monuments and Sites (Icomos) Philippines and the National Museum.

The Asep presentation will be the topic of a future column.