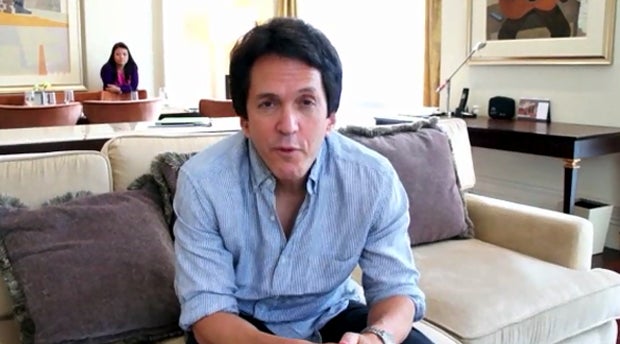 MANILA, Philippines — US author Mitch Albom has launched a drive to rebuild 10 libraries in Tacloban, a city ravaged by Super Typhoon “Yolanda” in November.

National Book Store Foundation, his Philippine partner in the project, said Tuesday that Albom has pledged to raise $160,000, starting with his own contribution of $10,000 for the libraries.

He has enlisted famous writers to contribute their books to the Donated Reading for Youth of the Philippines project, including Stephen King, Amy Tan and JK Rowling.

The author of the best-selling memoir “Tuesdays with Morrie” visited Tacloban on Monday and also donated 40 boats to help fishermen in the region.

He said during a visit to a damaged school in Tacloban that he was blessed to have many Filipino readers, and that he wanted to do something to help.

“I’ve seen my own books pulled from the flood-damaged homes, moldy, discolored, yet brought to me to sign,” Albom said. “It’s incredible and heartwarming.”

Many areas of Tacloban were flattened by the powerful typhoon and the tsunami-like storm surge it unleashed.

National Book Store Foundation has said it will match funds raised by Albom on a dollar for dollar basis until the goal is met.

Albom is on a promotional tour in Manila for his latest book, “The First Phone Call from Heaven.”

Mitch Albom and his life’s miracles