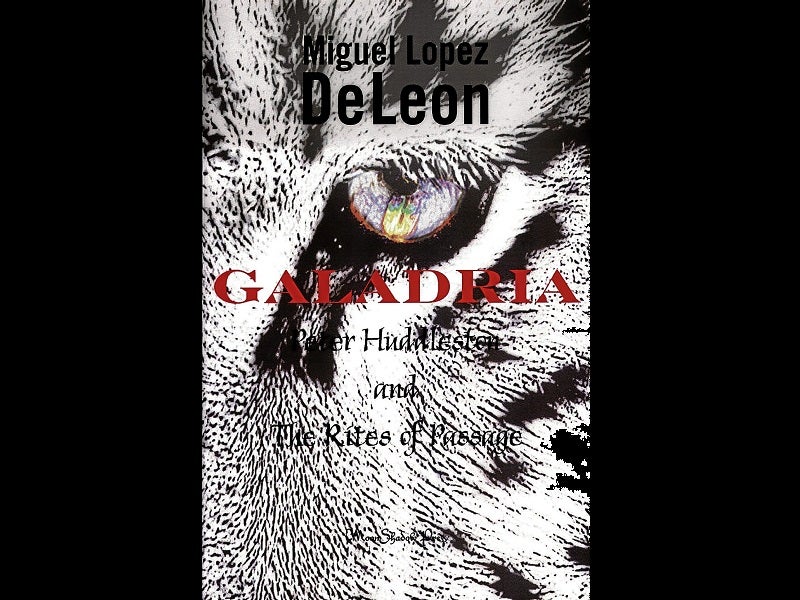 The Pinoy pen that conceived ‘Galadria’ Miguel Lopez de Leon is no stranger to writing.

He developed a passion for it when he was a young boy, writing short stories and becoming the editor in chief of his school magazine at Brent International School. “I used to give my short stories to family and friends.”

He moved back and forth from Manila to California, attending the American Academy of Arts in Los Angeles and taking several courses in business marketing to understand his family business. But writing has been his constant love. “I always liked it as a hobby. Then one day, it dawned on me. Why not try getting published? If they say no, then no.”

But they said yes. Miguel, who is based in Los Angeles, sent out query letters and soon, his short stories were being published in anthologies (Solid Gold, Cover of Darkness 2009, Daily Bites of Flesh: 365 Days of Flash Fiction, Fem-Fangs, Monster Mash, Haunted and others) and magazines (The Oddville Press Magazine, The Cynic Magazine, Fantastic Horror Magazine, Hungur Magazine, Illumen Digest and more).

It was around this time, when he was busy writing dark fantasy stories, that the idea for a novel was born. Miguel wrote down notes—the seeds of what will later become the first book in the “Galadria” series. “I wrote the notes in 2002. I started really writing the book five years ago. Again, I thought I’d just give it to friends and family. I didn’t think it would be published.”

Two years ago, Miguel sent the manuscript out to publishers. Wakestone Press, a nonfiction publisher based in Nashville, Tennessee, liked it so much that they decided to open a fiction imprint Moon Shadow Press to release Miguel’s book.

“Galadria: Peter Huddleston and the Rites of Passage” is the story of a 12-year-old boy who doesn’t belong. Peter Huddleston lives with his distant father and beige-loving stepmother in a boring town. His restlessness leads him to trouble and soon, Peter is sent off to Hillside Manor to visit his Aunt Gillian. There he discovers that the manor was a gateway to Galadria, a kingdom he is destined to rule.

The first book in the series was released last May and is available in the US, the UK and Australia. Thanks to Rustan’s, the Philippines has been added to that list. Today (Saturday), Miguel will be at Rustan’s Makati (and Rustan’s Alabang tomorrow, Sunday) for book-signing sessions.

Super sat down with Miguel to talk about writing, boomerangs and why he loves it when his book is compared to Harry Potter.

Are you excited to finally have your book out here in the Philippines?

Absolutely. There’s nothing like coming home to your country. When I go to events in the States, in schools, I’m having a great time, but it’s a huge difference to come here and to be with family and friends and to really get to share the experience with them.

Oh my gosh, they’re the best. A few months ago, I was with Nedy Tantoco, who is the president of Rustan’s. We were at a party and I was talking about my book. It was coming out soon. We started talking and she was so generous and so kind. She said, “If the book comes out, we would love to have it at Rustan’s.” And a couple of months later, here it is!

Where did you get the idea for “Galadria”?

I love the Harry Potter series and I love reading fantasy. I liked the type of story that created its own world. In the Harry Potter series, you have the wizarding world and it had its own rules. I also liked the Fablehaven series. I really liked making my own world with its own rules. I like the adventure of the protagonist discovering a new world. I think the reader also discovers it as well. You’re creating a new experience.

Do you see yourself in Peter?

I definitely see experiences I’ve had that I can relate to Peter. What I like about Peter and his journey, he’s a “normal” boy who is thrown into extraordinary circumstances and because of those challenges he has to overcome, he really discovers who he is and he discovers that he’s an exceptional boy. That’s really the message in the book that I want to convey. It’s self-worth—not just for kids but for adults. Just because it’s not obvious where you’re headed or what extraordinary qualities you have it doesn’t mean you don’t have them. Sometimes people just need to be given a chance to really show who they are. Self-worth for me is the focus of Peter’s journey and the series as a whole.

Who is your favorite character? 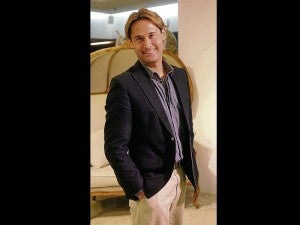 Gillian and Peter, for sure. I really wanted Gillian to be a mother figure to Peter. A lot of families in the world are not a mom, a dad and a kid. It can be your aunt, it can be your uncle, it can be your grandparents or even your friends who are your family. That’s what I like about Gillian. She turns into Peter’s mother and friend.

Tell us about the boomerang. Did you play with a boomerang as a kid?

I did. When I was that age, we went to Australia for my family trip. So of course, I bought a boomerang. I had no idea how to use it or what to do with it.  I honestly never even threw it. But I kept it. I thought it was so interesting. I like the concept of a weapon you threw and supposedly comes back to you. As the series goes on, you’ll see that the boomerang has its own history. It’s a symbol of tenacity, of always coming back and of never giving up.

Who is your market?

Will there be a movie?

I can’t market it. It’s more the publisher, but it’s definitely in the works.

Is this a book you think girls can love too?

Definitely. I think Peter’s journey is one everyone can relate to. Not having the best relationship with your parents, feeling isolated, feeling like you don’t fit in, being unsure of your own abilities. Those years aren’t easy for anyone, girls or boys. Queen Gillian is a strong capable character who is really the most powerful character in the books. She’s a strong female character that girls and women can relate to.

Take us back to the night before the book came out in the US. Were you nervous?

Oh God yes. I was scheduled to do an interview with Kababayan LA the day before the book came out. At that point, I hadn’t even seen the book yet, I hadn’t actually held it in my hands. I was more focused on the TV interview. My publisher FedExed me one copy of the book because we needed it for the show. Half an hour before the interview, I got the FedEx and that’s the first time I ever saw the book. I was expecting bells and whistles and the angels singing. I had no time, I had to get to the interview (laughs). I loved it when I first saw it. It was surreal. I never expected it to be a commercial product. I did it for the love of it. I’m thrilled the way it’s turned out. I’m definitely excited.

Do you read reviews? Do you Google the book?

I did at first only because it needed to be marketed on the website, on Twitter, on Facebook, on the publisher’s website. We needed a good number of reviews to promote the book. So I helped them search. I definitely read a lot of them. But one, I had no time. And two, while it was very well received, a lot of times, you’d hear reviews like, “Oh I loved it but I wish this, this and this.” Of course you get reviews like, “It changed my childhood” or “I loved it” or whatever. But some reviews give critiques and it’s not like I’m sensitive about it, but I end up thinking too much about it. “Maybe they’re right,” or “Maybe I should …” After that I didn’t read reviews anymore. My view on reviews is whether they liked it or didn’t like it, is they read it and they bought it so thank you. Even if someone has a critique about your book, they’re taking their time out from their schedule and their life to give you their opinion. And everyone’s entitled to their opinion. To all reviews of the book, I’m grateful.

And how do you feel about people saying that the book reminds them of Harry Potter?

Oh my god, that’s the biggest compliment I can get. I loved the Harry Potter series. Obviously, we’re not just saying that. It came from other people and we’re marketing it as that after we received the information. I couldn’t think of a bigger compliment.

If Peter met Harry Potter, would they be friends?

I think they would. That’s the first time I’ve ever been asked that. I believe when the first Harry Potter book came out he was 12 and Peter’s 12 but Peter’s kind of a loner and Harry started under the staircase right? So between the two of them, they won’t talk to anyone and they’ll be under the stairs (laughs).

What books did you read growing up?

When I was really small, I collected comic books. My favorite comic books were Captain America and Spiderman, the X-Men, the Avengers.

Have you written the next two books?

The second one’s already turned in, it’s already with my publisher. The third one I’m writing now. I have to turn it in before Book 2 comes out which is spring of 2012.

Do you intend to keep writing books after the trilogy comes out?

I would love to. We are still in discussion whether it will be a trilogy or five books.

Why should Filipinos pick up your book and read it?

It’s not just Filipinos but anyone who likes fantasy and coming-of-age stories. The book teaches the values of love, family, hard work, destiny. I think these are all traits that are inherent in Filipino culture. And also I am Filipino and there are a lot of Filipino-inspired customs in Galadria. It’s a friendly culture. It’s a culture that revolves around food, it’s very hospitable. Those are Pinoy-inspired customs.

What’s your big dream as an author?