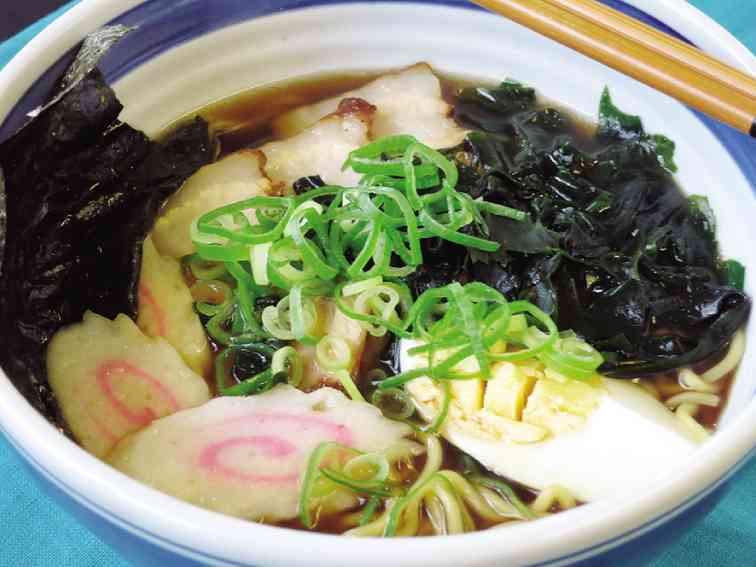 In one popular Makati restaurant, the story goes, the staff will serve their rich, delectable ramen only if they still have the soup stock that goes with it. Once they’ve ran out of their soup stock (which could happen late in the evening), they won’t serve ramen to any customer. Not even, it has been rumored, if the customer is a political bigwig.

While that may sound petulant, it’s understandable, considering the time and effort that go into the making of the soup base for ramen. It takes hours of patient, slow simmering to make a good ramen soup base, and the above-mentioned restaurant probably doesn’t want to serve its ramen without the substantial, flavorful broth it is known for.

At a cooking class held recently at The Maya Kitchen Culinary Center, chef Seiji Kamura demonstrated the complexities of making ramen soup base. A longtime resident of the Philippines, Kamura attended the Tokyo Cooking Academy and trained in Lyons, France.

Aside from being a culinary consultant and chef-demonstrator, he has written two popular cookbooks: “Japanese Cookbook for Filipinos” and “Secrets of Japanese Cooking.”

It takes three hours to simmer the stock for ramen soup, we learned from Kamura that day. Factor in the hours spent shopping for and preparing the ingredients and you’ll have practically a whole day’s work.

And that’s just for the soup base. You’ll also need to prepare the other ingredients needed for the soup, such as the noodles, the shoyu or miso base and the toppings.

No wonder there’s been such a craze in Manila for this much-loved Japanese noodle dish. If it takes that much time and effort to make good ramen stock, we’re probably all better off ordering ramen in a restaurant, where a well-trained kitchen staff has already done the job of extracting the rich flavors from the pork and chicken bones and all the attendant ingredients.

Still, for those who are feeling adventurous, here’s Kamura’s recipe for the ramen soup base. It’s the foundation for making the two kinds of ramen: shoyu and miso.

As with my other DIY recipes, I’ve kitchen-tested this—and it’s probably one of the most challenging recipes I’ve tried. Note that this is just the soup base. Although already flavorful as it is, you’ll need to add other ingredients to make either the shoyu or miso ramen.

Next week, DIY will feature the recipe for the shoyu ramen, using this basic soup base. Meantime, you can have a foretaste of this delightful, full-bodied soup base by using it to prepare any ramen or noodle soup. Just season the soup base to taste with soy sauce and dish it out in a bowl of cooked noodles, then add your choice of toppings (eggs, vegetables, etc).

Put all the pork, rib and chicken bones into a large cooking pot and add enough water to cover. Bring to a fast boil, then discard all the water.

Add the 20 cups of water plus all the other ingredients to the bones in the pot. Bring to a rolling boil, removing all the scum that rise to the surface.

Lower heat to a simmer and continue cooking for three hours. Put a strainer over a large pot and strain the resulting liquid (discard the solids).

This is the basic ramen soup base. You can use this to make miso ramen and shoyu ramen. If needed, strain the liquid again, using a very fine sieve to make sure there are no bits of pork or chicken bone in the liquid.

You can also use this as soup base for any ramen noodles you might have in your kitchen. Just ladle about 1 cup soup base into a bowl. Season to taste with soy sauce. Add some cooked ramen noodles and toppings such as eggs, vegetables and cooked sliced pork, beef or chicken. Store any remaining soup base for later use in the refrigerator or freezer (see cook’s tips).

(Next week on DIY:  How to prepare the shoyu base, shoyu ramen and the chashu topping.)

Kombu (dried Japanese seaweed) is available in Japanese groceries such as those in Cartimar Market, located on Taft Avenue, Pasay City.

If not using the stock immediately, store it in the refrigerator and use within a few days. For longer storage, keep the stock in a tightly covered container in the freezer. Thaw well before using.