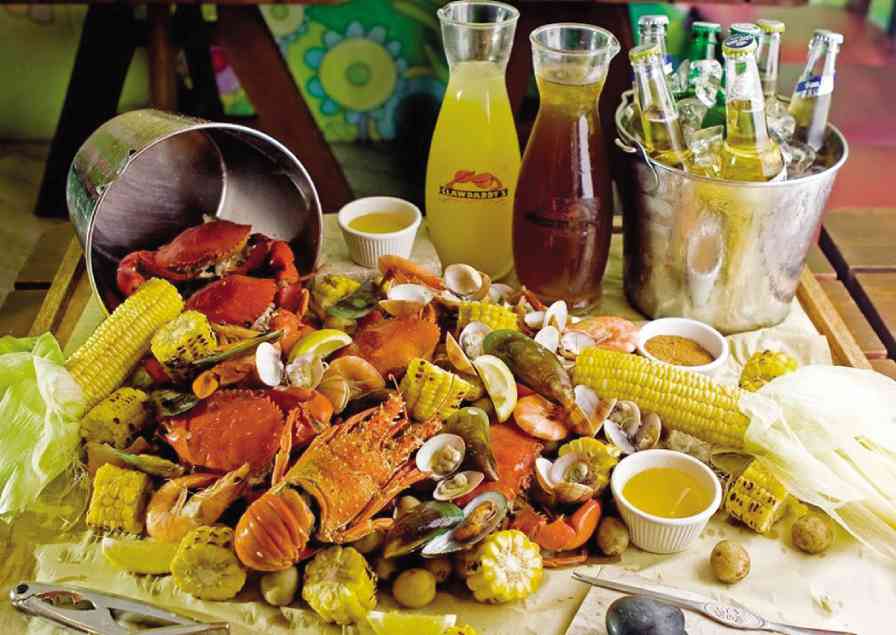 Modern Shanghai dumplings recently topped the list of spot.ph’s Top 10 Everything Food List (Xiao Long Bao). Described by the online site as “amazingly fresh, the soup dumplings are hands down the best there is…”

The filling is made of three cuts of pork—pork leg meat, pork collar and pork fat—giving each dumpling outstanding flavor.

Modern Shanghai branches are at 2/L North Veranda, SM Mall of Asia, and 3/F of the new Glorietta Mall.

New dishes at Nanbantei of Tokyo include Gyu-Tan, two sticks of skewered ox tongue infused with the irresistible taste of garlic, and Buta Negi, two skewers of onion leeks wrapped in flavorful pork.

The Shiitake Mushroom Salad is a fresh and healthy ensemble of lettuce, mushrooms, tomatoes, carrots and radish, topped with onion leeks and served with sesame dressing on the side.

For dessert, there’s Chocolate Cake in the West (P295), a rich, moist chocolate cake topped with ice cream coated in another crunchy layer of chocolate.

Yoshinoya, Japan’s famous beef bowl is synonymous with gyudon, that special dish served in a bowl with rice, beef and onion.

Of course, Yoshinoya has other special eats to offer but their gyudon fare remains unmatched in terms of taste, aroma and quality in Japan and in other places around the world.

The Philippines was no exception. Its stellar rise in the country was attributed to the arrival of Yoshinoya in our shores through Yoshinoya Century Pacific Inc., which started its first store operations in the country in December 2001.

The restaurant chain will mount the “2014 Yoshinoya Gyudon Challenge,” an eating competition that will challenge Yoshinoya fans on how much gyudon they can consume within a Will you be the next one to be declared “Yoshinoya Gyudon Challenge” champion? Watch out for details by visiting Yoshinoya Philippines on Facebook.

Fez at Serendra recently launched  its latest offerings,  Modern Moroccan Tagines. A conventional tagine is a rich aromatic stew made of beef, chicken, fish or lamb. The   flavors are drawn from lemon preserves,  figs, apricots and other fruits of the desert. The tagine stew derives its title from the vessel it is simmered in.

The tagine stew at Fez is deconstructed so that even the broth used in the couscous is served in a separate vessel. The tagines at Fez  are available for lunch and dinner in hefty serving portions meant to be shared by three to four persons.