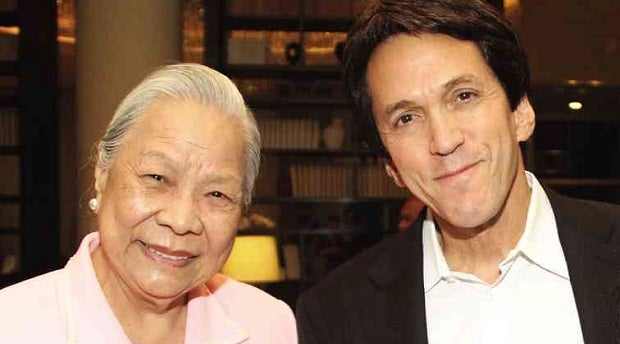 What happens when the world-famous author Mitch Albom (“Tuesdays with Morrie,” “The Five People You Meet in Heaven”) meets business icon and role model Socorro Ramos?

The inspirational author ends up asking a lot of questions to the 90-year-old matriarch who, with her husband, started a bookstore and trading business in the aftermath of World War II.

Albom wanted to meet Ramos because he was curious—what sort of gutsy person would start a business in the middle of a war?

“Nanay” (mother), as she is now known in the book retail industry and to the public at large, said she and her husband opened a bookstore because she had worked in one, and that was the only business she knew.

To protect the books from censorship during the Japanese Occupation, she recalled, she would stash away the books at the back of the store, and put some other merchandise in the front of the house.

Albom was in rapt attention as Nanay recalled, in the early years of the business, how she nearly had a heart attack when she saw the roof of their store blown off at the height of the storm. Another time, a fire gutted her store.

She survived all that to make National Book Store (NBS) the country’s biggest bookstore chain in the country.

Albom flew to Manila, as guest of NBS, to sign copies of his latest bestseller, “The First Phone Call from Heaven.” He also visited the disaster victims of Tacloban and asked his celeb friends to give donations to the   Visayan communities that were devastated by Typhoon “Yolanda.”

Albom asked Nanay what her secret of longevity is.