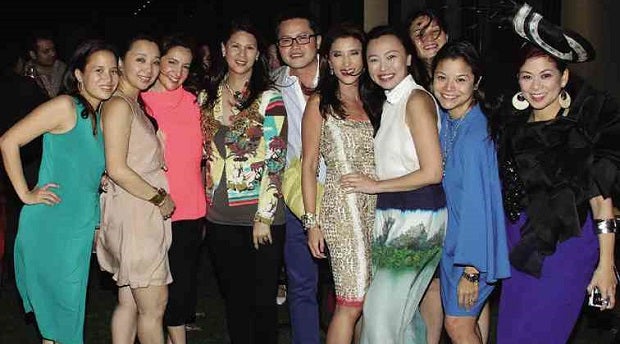 Having fun in Cebu

Time flies when you’re having fun. With summer just around the corner, it’s time for us to plan vacations, even if these are just on weekends.

Cebu is like a second home to me. I like that I can scuba dive in the morning and party all night in a hip club with fun-loving Cebuanos. During a recent visit, I stayed at The Henry, Cebu’s only design-forward, art-inspired boutique hotel.

The Henry (www.thehenryhotel.com) is at One Paseo, Paseo Saturnino, Maria Luisa Road in the Banilad district of Cebu City. It was recently launched with a party that highlighted the hotel’s uber-cool personality.

The artwork around the The Henry inspired a number of Instagram posts, from the red “doorman” that greets everyone entering the lobby to the unique décor and quirky details in each of the hotel’s 38 rooms.

Cebu City Mayor Mike Rama dropped in and told me he was impressed by the interiors. Amparito and Michel Lhuillier were some of the lucky winners of gift checks from the other HII-managed hotels.

The Henry is managed by HII, one of the leading local management companies in the hospitality industry with 15 years of reimagining and transforming management and operation of hotels, condormitels, resorts, condominiums and serviced residences. It is the group behind the success of 14 properties, including The Picasso Boutique Serviced Residences in Makati and Parque España Residence Hotel in Alabang.

Another amazing HII-managed property is Azumi Boutique Hotel (www.azumi.ph) in Alabang. This recently opened hotel had a grand launch that coincided with the 40th birthday celebration of the property owner, businessman Chris Chilip.

Azumi Boutique Hotel is in the Madrigal Business Park, making it central for business and leisure travelers. The incredibly talented designing sisters Ivy and Cynthia Almario did the stunning interiors as well as the Romulo Café at the hotel lobby. Also located at the lobby is Nail Spa, a chic salon for that much needed relaxation.

Azumi’s 187 rooms, characterized by use of earth tones with a distinct pop of orange and wood laminate floors, follow the same design elements of clean, modern lines. Floor-to-ceiling sliding glass doors create a feeling of open space and also allow one to appreciate the cityscape.

Probably the best part of Azumi is the infinity pool on the roof deck, which offers an unobstructed view of the city’s southern skyline. This is the place to have that sunset drink! The deck is also available for social or corporate events.

Chris’ 40th birthday party was, in fact, the first roof-deck event. Family and close friends were all in attendance, and his cool wife Patty surprised him with a giant cake brought in by a troupe of dancing girls.

HII seems to have launched a trio of hotels, as the Y2 Residence Hotel was also just recently opened. Y2 (www.y2hotel.com) is the first concept hotel in the Makati Avenue entertainment district of the city, right on the corner of Santiago and Valdez Streets.

My interior-design firm, Trezza, worked with designer Tessa Alindogan to execute the Y2’s stylish furnishings, with hand-painted Yin-Yang wall accents and clean lines. Y2’s 169 generously appointed rooms have a fully equipped kitchenette, spacious dining area and vivid artwork. The roof deck has an events area and is, again, a great place for sundowners. Y2 also has the Amare Spa on its upper penthouse.

For food lovers, here’s one event not to miss. Chef Geoffrey Zakarian, winner of Season 4 of “The Next Iron Chef,” is coming to Manila on March 20 for a one-night dinner event, “Feast of Colours,” and a cooking demo at Sofitel Philippine Plaza. He will give Filipinos a taste of heaven and show us his cooking expertise.

Zakarian’s win was particularly impressive because Season 4 of “The Next Iron Chef” had a superchefs theme. His culinary background includes running Town, his first restaurant, which was awarded three stars by The New York Times. His second restaurant, Country, was awarded a Michelin star in its first year. Recently, he opened The Lambs Club, The National and House. The latter was 2012’s best hotel restaurant in Miami.

The menu for the Sofitel event will include pork adobo, crab cakes as well as maja blanca. It will be great to see how an Iron Chef treats our well-loved local recipes. Proceeds from the dinner will benefit the Philippine Disaster Recovery Foundation. “Feast of Colours” dinner gala tickets are now available at www.ticketnet.com.ph or tel. 9115555.