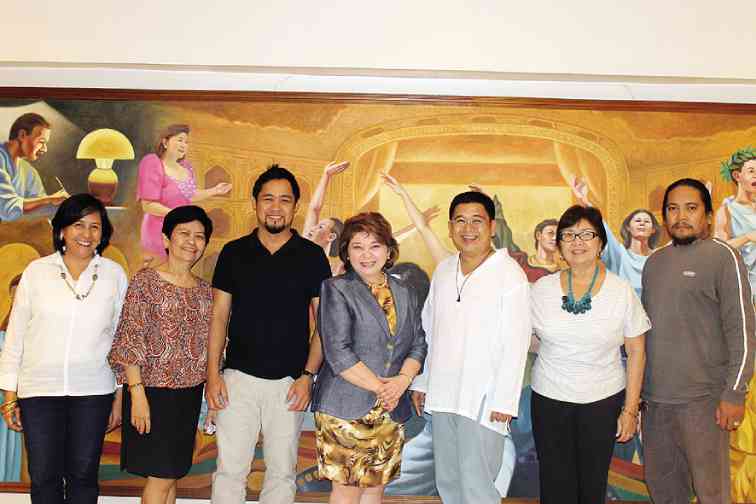 New haven for the arts rises in CDO

In Cagayan de Oro City, the National Arts Month celebrations peaked with the opening last Feb. 21 of an art cafe run by the city’s Art and Culture Committee.

Named Capricho, it is a cozy, classy nook at the first floor of Rodelsa Hall, the first theater for the performing arts in Mindanao.

“The name evokes the guilty pleasures of giving in to one’s whims or wishes, and that captures our lifelong rendezvous with the arts,” said Rafaelita P. Pelaez,  committee chair and owner of Rodelsa Hall. (She built the hall in commemoration of the 50th year of Liceo de Cagayan University, whose founders happened to be her parents, the lawyer Rodolfo and the educator Elsa; hence, the name of the theater.)

The idea is that Capricho will be the hub of art happenings in CDO.

The inaugural exhibit, for instance, features the works of committee members Michael Bacol and Errol Balcos, as well as works by the prize-winning Oscar Floirendo and today’s namedroppable, Jake Vamenta.

Bacol, who has enjoyed an arts residency in the US as a fellow of the Asian Arts Council, is known for his evocative renditions of children orphaned by harrowing psychological wastelands brought about by violence, poverty, and, lately, natural disasters.

And why not? His house in riverside Barangay Consolacion was victimized by Typhoon “Sendong” in 2011, during which he lost a lifetime of artworks but not, thank God, his own life.

Balcos has given vent to his sense of outrage by outright depicting how politics has ruined the community’s heritage and values in larger-than-life paintings that are at once both ruthless and meditative.

Among the young artists in town, Floirendo is the cerebral sort. His works are, as they would probably say in the Manila scene, “pinag-iisipan.”

There is an acuity of vision and supreme mastery of craft, plus the devastating coherence of it all.

Vamenta, as the  arts circuit knows, won the grand prize in the Philippine Art Awards (of Phillip Morris)  two years ago. Nowadays, Vamenta’s clientele, I hear, includes the likes of Imee Marcos.

Since Capricho is an art café, the art aficionados who thronged the launch had their fill of puto macho, masa podrida, manticao, ube biko, tabirac, and muron à la meldita, with Monk’s Blend coffee and tsokolate.

Leading the A-crowd guest list were Mayor Oscar S. Moreno and his wife Arlene nee Pasion. Honorary chair of the City Tourism Council, she delivered the keynote speech, praising the Pelaez family for their “wholehearted passion for the arts.”

“This is just the beginning,” Pelaez declared.