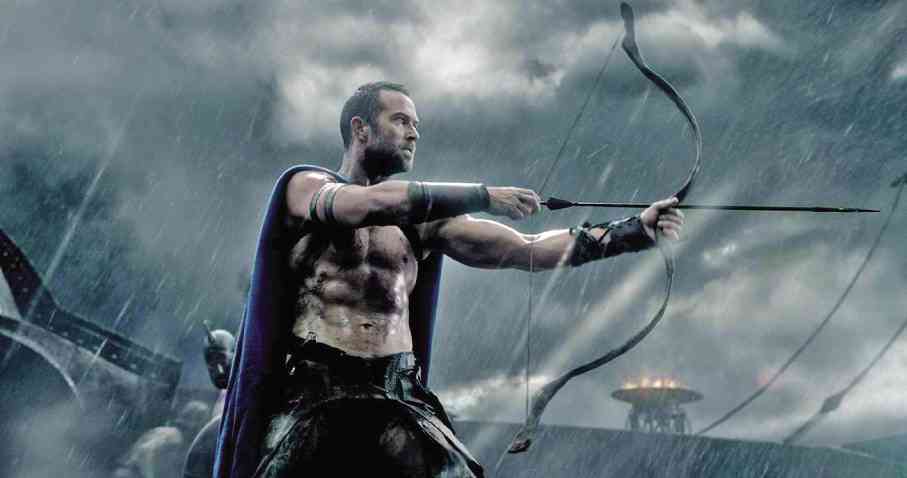 SCENES from the movie.

While the defenders in the original movie were the Spartan warrior race, the defenders in the new movie consist of totally ordinary people: bakers, potters, and poets—people who don’t necessarily see the world the same way but come together for a common cause: to ward off the mammoth Persian invasion.

And unlike the original in which all of the fighting takes place on land, much of the combat sequences in the new movie will be on water—on heaving decks of ships at sea.

Directed by Noam Murro, the movie pits the Greek general Themistokles (played by Sullivan Stapleton) against the massive invading Persian forces, ruled by the mortal-turned-god Xerxes (Rodrigo Santoro, who reprises the role from the original movie), and led by Artemisia (Eva Green), the vengeful commander of the Persian navy.

Knowing his only hope of defeating the overwhelming Persian armada will be to unite all of Greece, Themistokles ultimately leads the charge that will change the course of the war.

The movie “300: Rise of an Empire” is based on Frank Miller’s graphic novel “Xerxes.” Miller also wrote the graphic novel “300,” from which the 2007 movie was adapted.

Screenwriter John Kohnstad said he wanted the movie to “stand alone, so you won’t need to have seen the first movie to follow the second.”

“The movie ‘300: Rise of an Empire’ runs on parallel tracks that, every now and then, weave together [the first movie],” Kohnstad said. “Not having to focus solely on Sparta, we were able to widen the lens and involve the other Greek city-states, particularly Athens, which is at the tipping point of democracy.”

Murro said the idea was to create a second story within the first movie.

“Thematically, it is in a similar historical context, so it intersects with ‘300,’ while coming from a different perspective that is just as engaging,” Murro said. 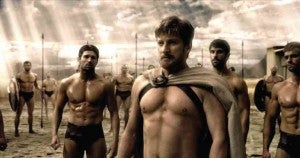 Miller contacted Zack Snyder, who directed the first movie and co-wrote the sequel, about an idea he had been working on for the follow-up movie. He had thought of an Athenian general named Themistokles, who led the Greek navy against the Persian navy commanded by a woman who went by the name Artemisia. The event took place during the same three days as Thermopylae, where Leonidas (the protoganist who was killed off in “300”) faced the Persians at the Hot Gates, and which bears an equally significant outcome.

The Greeks are called upon to fight under the leadership of Themistokles, who is part soldier and part politician.

“Whereas Leonidas rules Sparta in a very authoritative, military style, Themistokles must be a great speaker to rally all of Greece to fight as one,” said Sullivan. “He knows, even then, they may be no match for the Persians, but he loves his country and believes in this new idea of democracy.”

Since most of the fight sequences will be on water, the crew had to use technology and a lot of visual effects to create a large body of water on screen.

“We wanted to shape the imagery so it was consistent with the visual language of ‘300’ but not exactly the same,” Snyder said. “We started asking how it could live in the same realm while being completely separate.”

The movie opens on March 6 in theaters nationwide.