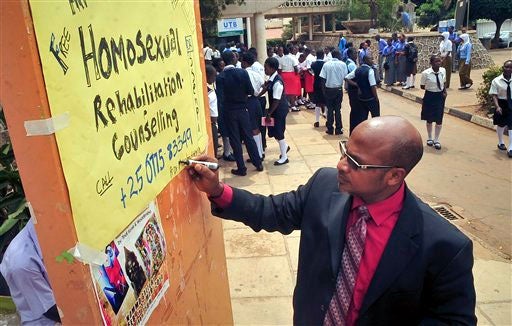 STOCKHOLM  — Sweden has joined a number of countries in halting aid to Uganda after the East African nation strengthened its anti-gay legislation last week.

Foreign Ministry spokesman Sebastian Tham said Wednesday that Sweden will immediately cut planned aid worth 6.5 million kronor ($1 million) to the Uganda government, but will continue with other non-governmental programs. In 2013, the total amount of Swedish aid to Uganda was $35 million.

Last week, Nordic neighbor Norway said it will withdraw at least $8 million in aid to Uganda’s government while Denmark announced it will restructure aid programs worth $8.6 million away from the Ugandan government and over to private actors and civic groups.
RELATED STORIES