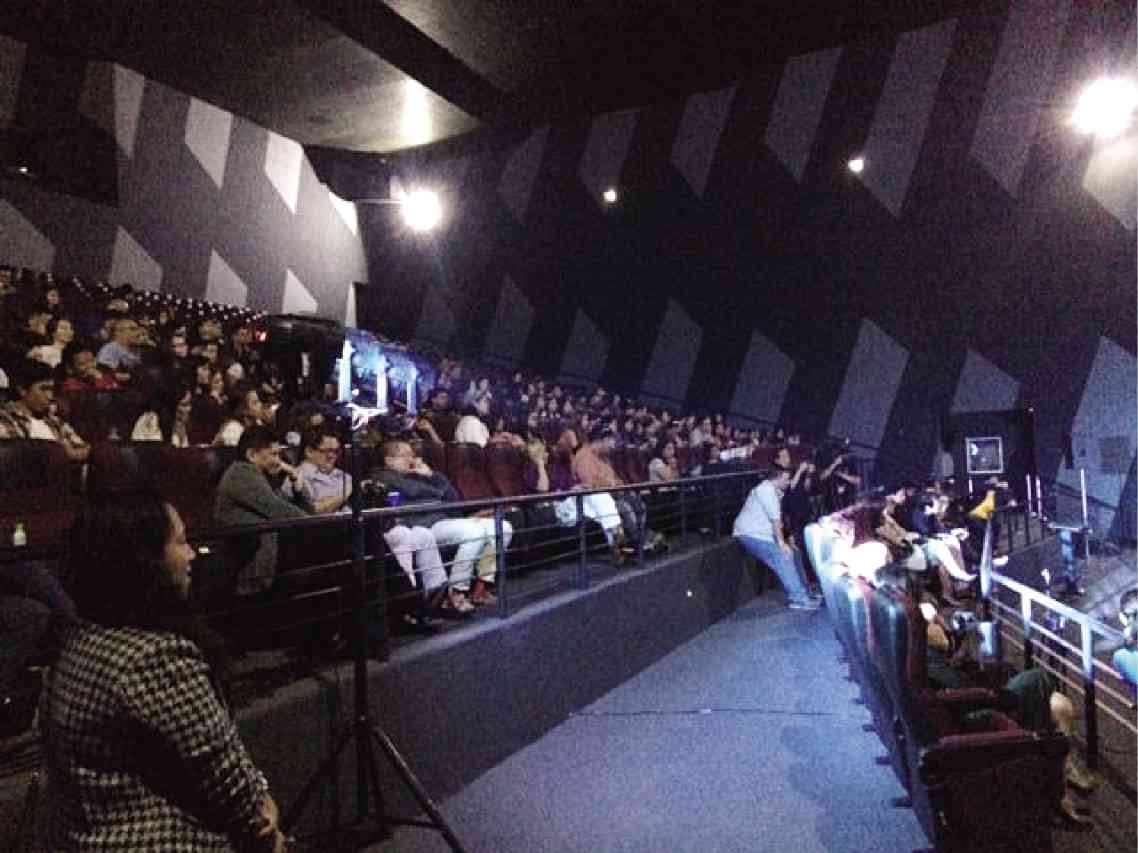 It was a curious scene Tuesday at SM Megamall’s Mega Fashion Hall, as a good crowd of bright-eyed youngsters lined up to get into a forum about Diana Vreeland, former Vogue editor who died long before these same young people were born.

Why would this generation who had only known of Anna Wintour in Vogue be interested in “the old broad,” as one panelist later fondly referred to Vreeland? Why would she be relevant to this generation?

Granting the audience was made up of mostly students of fashion and design—from Slim’s, School of Fashion and the Arts, University of the Philippines-Diliman, De La Salle University-College of St. Benilde, and Fashion Institute of the Phils.—the forum hosted by Inquirer Lifestyle’s Thelma Sioson San Juan wasn’t the typical glitzy fashion event that you would find kids elbowing their way to get into these days.

There were no “blogger types,” as we recall a famous celebrity stylist refer to outrageous and similarly attired young people who go to fashion shows. For one curious afternoon this week, fashion wasn’t—what’s that again?— superficial.

It was the build-up to the staging of the Vreeland one-woman play, “Full Gallop,” to star Cherie Gil under Bart Guingona’s direction, for MyOwn Mann Productions Inc. and Actor’s Actors Inc. It will premiere on March 14 with a gala night at the Carlos P. Romulo Auditorium at RCBC Plaza, Makati. (There will only be six performances. Call tel. 2150788 or 0917-5378313, or Ticketworld at 8919999 for tickets.)

As it would turn out, the forum was eye-opening not only to the audience but to Gil herself, who, made up in Vreeland’s trademark coif, said she learned new things that afternoon about

the woman she was about to play. The actress performed an excerpt.

San Juan said in her opening that Vreeland could’ve been the inspiration behind “The Devil Wears Prada” more than Wintour herself—her dictates but not her viciousness, for she was never known as a mean person. She introduced Vreeland as the woman to whom magazine publishing owes what it is today, and therefore, a subject that’s not esoteric but which continues to be relevant, especially to students of fashion.

It was Vreeland who turned magazines into a visual medium, who pushed for creating iconic images in fashion, and who discovered and nurtured photographers like Richard Avedon, Cecil Beaton and Irving Penn; who started celebrity coverage in fashion; who transformed Vogue from a purely society magazine to one that encompassed culture, fashion, arts; who styled Jackie Kennedy.

“I met the old broad in New York when I was 10 years old,” said Gonzalez. His uncle’s friend, Maning Obregon, a famous New York fashion illustrator whose parents were Filipinos, brought the young boy with him to the Costume Institute at the Metropolitan Museum where Vreeland was working. This was several years post-Vogue—she worked for Harper’s Bazaar from 1936 to ’62, then Vogue until 1971, where she was fired and replaced by her former assistant, Grace Mirabella. “Full Gallop” is set in the months following her firing from Vogue.

“She wasn’t very tall, but I remember she was in black and red and she wore these enormous bangles,” Gonzalez continued, relating bits of Obregon’s conversation with Vreeland.

Then, he recalled her turning to him and asking, “How do you do?” mimicking Vreeland’s husky drawl.

“He looked at me and I must have looked terrible, I was 10 years old,” Gonzalez said with a laugh. “But then she said, ‘If you’re in any way connected to Maning, you must be artistic.’”

He took a dramatic pause, then added, “She was right, as I turned out to be a bakla!” with emphasis on the first syllable. “If you’re a Filipino and a bakla, Vreeland should be on the top of your list because she was the most bakla of all! Style for her was a personal expression. She wasn’t very attractive, at age 20 she found herself to be penniless… So, go for it!” he said to the audience.

“Diana Vreeland wasn’t a product of a single age,” Quintos noted. “She wasn’t stuck in her time. She traveled, and it was amazing her ability to reference as many cultures, countries and

times. In short, aral ang lola nyo, and yet she wasn’t an academic, she didn’t finish school.”

“She saw beauty in what many didn’t consider to be beautiful. She had sheer genius… She staged fascinating exhibits at the Met. They were not academically correct, which may seem odd for an educational institution like a museum, but she just had that imagination.”

“She created fashion as a fantasy, a visual storytelling,” Aranaz-Alunan said.

The panelists also tried to define what a style icon is, a term that is so wantonly used today.

From a retailer’s point of view, it’s one who’s an influencer, said Dizon.

Alarcon pointed to the manufactured and sensationalized images of pop stars as an example, who do it “for an audience.” Vreeland, she said, stood out in an era where women were fighting “to look like everyone,” but she didn’t wear outré stuff for sensationalism.

There was a lively Q&A, as the panelists were asked things like why, in the call for individuality, the monthly glossies all have the same covers and cover lines throughout the year; how imports are killing local brands. As opposed to a style icon, they were also asked to define what’s baduy.

“It’s an artificial construct,” was Guingona’s succinct reply, and used the tsinelas analogy to explain his point. “Dati pag naka-tsinelas, baduy. But when all these celebrities began wearing them, hindi na baduy.”

Surely there were also moments of disconnect with the audience as the panelists made references to socialites like Chona Kasten and Elvira Manahan, style icons of their time but names that likely this selfie generation will have never heard of. Well, until that afternoon, just like Vreeland.