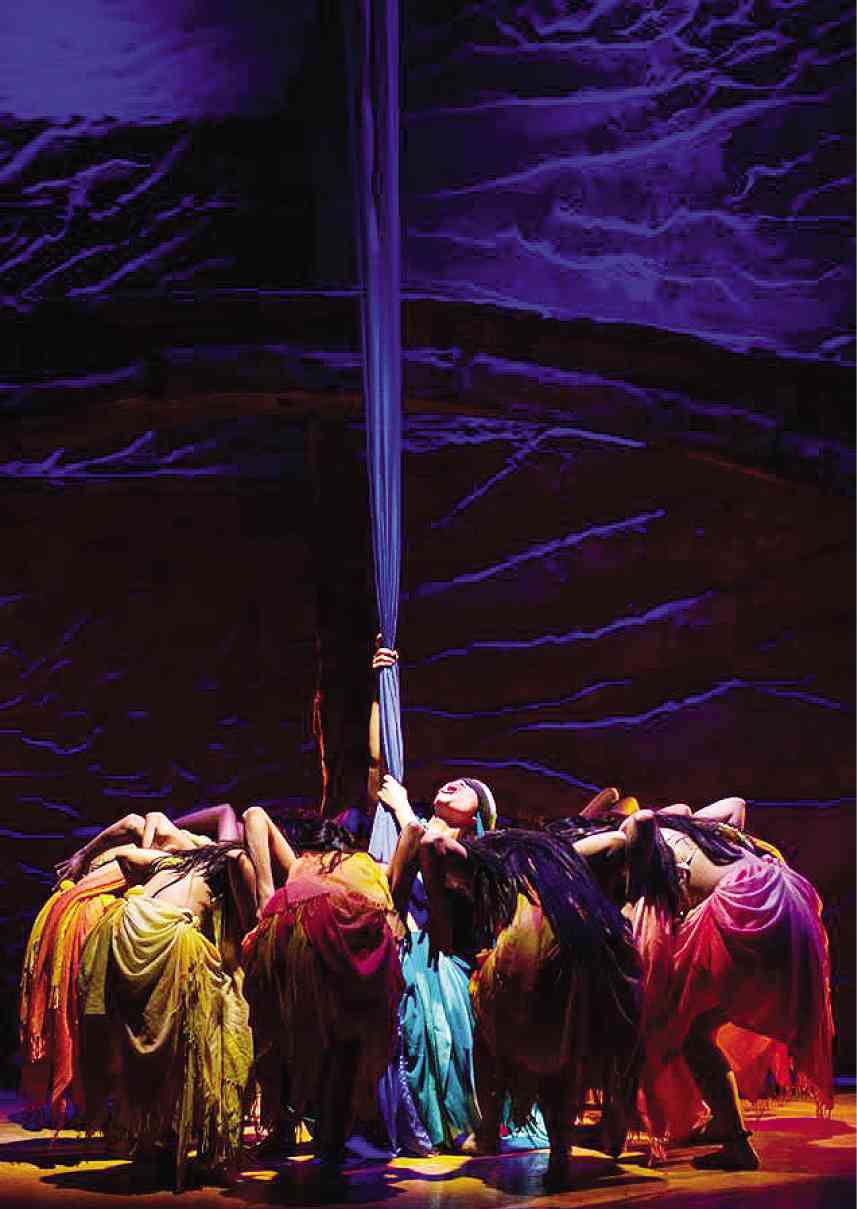 SCENE from “Ang Nawalang Kapatid”—book by Floy Quintos, music by Ceejay Javier and direction by Dexter Santos VLADIMEIR B. GONZALES

It is a sad but accepted reality for teachers and theater reviewers that they must spend their lives pointing out the flaws in the works of others. It is a rare indulgence for a reviewer to gush about a beloved work without reservation.

Today, I am grateful to Dulaang UP for giving me that chance, for its performance of “Ang Nawalang Kapatid” is as close to perfection as I have ever seen.

In order to have a strong play, you must have strong source material, and a man can hardly do better than the ancient “Mahabharata,” unless he looks to Homer himself. This timeless epic covers many aspects of human life, and the great challenge of the theatrical adaptor is to pare down its 1.8 million words into something that will fit on the stage.

The version that inspired playwright Floy Quintos took two whole nights to perform. But, fortunately, this version, at just over two hours, demands considerably less commitment from its viewers.

What it requires is a willingness to be amazed. From the moment Jules dela Paz turns to the audience to reveal that he is wearing a live snake around his neck, “Ang Nawalang Kapatid” awes its audience with its production values.

The play is designed with a “tribal” or “proto-historic” aesthetic, a contrast with the classical Indian look that permeates other productions. The effect is to make the entire play primal and mystical, a clash of primordial forces rather than of civilizations.

From the heavily stylized war sequences to the controlled chaos of Hanuman and his monkeys, the choreography is stunningly complex while maintaining a consistency of effect. Other theatrical companies are content to have a soloist or three to impress the audience, while backup dancers made of junior performers maintain the illusion of movement in the background.

Not so in this play, where everyone pull his or her weight. There are no illusions here. Every single actor and actress moves and dances and back-flips as much as the leads, and the choreography maintains its focus through sleight of hand and force of personality rather than contrivance or convention.

The costumes, while beautiful, are robust enough to withstand both dance and battle scenes, and the stage itself is built for climbing and discreet exits without losing its ability to be either a jungle or a palace or a battlefield.

The most enduring impression, however, is of just how hard everyone works. The dances are complex, and the props, notably the divine weapons and the live snake, are all functional art.

The play offers few openings to the critic determined to find fault, but they are there. The sound is good but not perfect. The costume designs of the Pandava brothers make them hard to tell apart. Those in the front rows get a bit of mud on them during the climactic battle scene.

But the real difficulty of “Ang Nawalang Kapatid” is that it requires the audacity to engage a very complex and archaic source material. The “Mahabharata” is a wide-ranging epic with many characters and much reference to Hindu religious concepts, and, like Homer, its tone is highly didactic.

Theatergoers who do not like preaching will need to be patient whenever Vyasa or Vishnu speak up about “dharma” and other such things. And the esoteric, blood-soaked climax will be a turnoff to those who like their endings simple and happy.

But these are central themes, and the triumph of the “Mahabharata” has always been the connection of the divine mysteries with the movements of human life. In particular, the choice to focus on the character of Karna does much to humanize the great epic.

Dulaang UP’s claim to be “the country’s premier academic theater organization” has always smacked of hubris, but with this play in mind, I can hardly argue. Full marks!