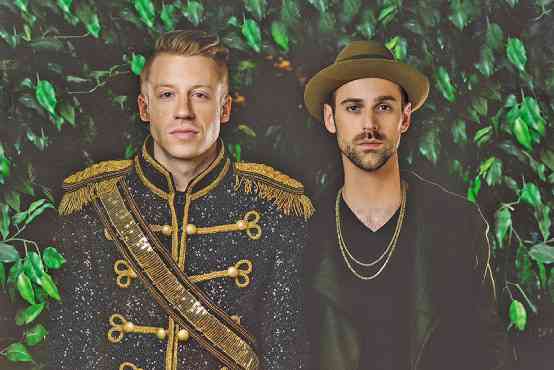 You know somebody has become a star when he can barely find time to sit down and chat. In the case of record producer and DJ Ryan Lewis, there seems to be no rest after his wickedly awesome collaboration with rapper Macklemore resulted in two chart-topping singles from a hot debut album, not to mention four Grammy awards.

In their creatively explosive partnership, Macklemore (born Ben Haggerty) wrote the verses and Lewis crafted the beats that got us dancing to “Thrift Shop” and “Can’t Hold Us,” and then floored us with “Same Love” whose powerful lyrics championed gay rights and same-sex marriage.

The duo is scheduled to perform on March 16 at SM Mall of Asia Arena.

What’s a day like for Ben and you? How do you bounce ideas off each other?

A day for Ben and me could be a lot of different things—we could be on tour, playing shows, shooting a music video, or it could be at the studio, which is where we’re at right now.

Are you working on any personal projects?

I’m currently working on a variety of beats, one of which hopefully goes toward the next album. I got home off the road around last Christmas and I’ve just been slowly opening the can of worms to what the next project might sound like. I started an idea while on the tour bus, got home in a week to record it with an orchestra, a choir and a vocalist from Rhode Island, getting into a creative frame of mind. There’s no pressure, just be creative and think of new ideas. For Ben, it’s the same—he just writes on a daily basis.

“Same Love” found a home in the hearts of the LGBT (lesbian, gay, bisexual and transsexual) community with its message resonating across the globe. How does it feel to have a song that’s created such positive waves?

“Same Love” is a big song with bold statements—a variety of cultures and perspectives on equality and gay rights, marriage equality. I think Ben came with his own perspective; he wrote honestly about his experience growing up with unique circumstances—growing up in a heavily gay neighborhood in Seattle, growing up in the hip-hop community, growing up with personal relationships with gay people having gay uncles. He wrote from his own perspective with his own opinion. Some people don’t agree with it but I think for a massive amount of people, it was a special song. It was a song of change and celebration that speaks heavily to a new generation of thinkers.

You mention that not everyone agrees with the message behind “Same Love.” How do you perform the song in a place where you know it is not accepted?

That, for me, is what has made “Same Love” such an incredible song. You gotta imagine, we wrote that song over a year and a half ago and did the music video at the end of 2012. It started at the most regional level, leaving our hometown of Seattle, which is a very liberal place, up in the Northwest and going to other states, places that are classically more traditional or more conservative, that you would expect would not support a song like “Same Love,” and being surprised to hear a new generation of people singing as loud as they could to the chorus.

I would say there’s been a variety of cities in the United States as well as worldwide that you have no idea what  to think going into it and be really excited as you see the change in perspective.

You just won several awards at the Grammys and with it came controversy from Ben’s having Instagrammed a message to Kendrick Lamar. What was the intent behind the Instagram post?

For one, I don’t want to put words in people’s mouths. I’m not a lyricist. Speaking about the Grammy situation, I think, very plain and simple, that we made an album that we’re super proud of, that resonated with hundreds and thousands of people, and we’re super proud of them—they’re the reason we got to the Grammys in the first place.

Second, we’re huge fans of Kendrick Lamar and super impressed with and love the album he made as well. I think the tricky part of the Grammys is how to speak about that when you kind of sweep all the hip-hop awards. How do you just acknowledge that you love somebody else’s work as well? I think it was tricky and the media really ran in a certain direction with it. I think, at the end of the day, that was just the kind of sentiment Ben was trying to put forward.

How would you describe the dynamics between you and Ben when recording or working, and when you’re not recording?

He’s my best friend and we’re working probably in one of the best environments when we’re together. I think a hip-hop duo in 2014 is unique to begin with—it barely exists anymore. There are so many benefits to working consistently with a single producer. I have five years of experience hearing Ben’s song ideas, supporting him, mixing his vocals.

On the flip side, I think Ben has five years of doing the beats that I’ve made and knows what I’m capable of doing.

You develop a dynamic that would be extremely hard to replace over time that comes from trial and error, from having the most massive successes you could dream of. When you experience all of that with somebody, it’s just a bond that’s irreplaceable.

Outside of the creative environment, that bond exists as well, and I think that we’re more than just musical collaborators, we’re also good friends. I think having somebody who has been there for years and known you way back when you were in your parents’ basement, it’s pretty vital to have that around you.