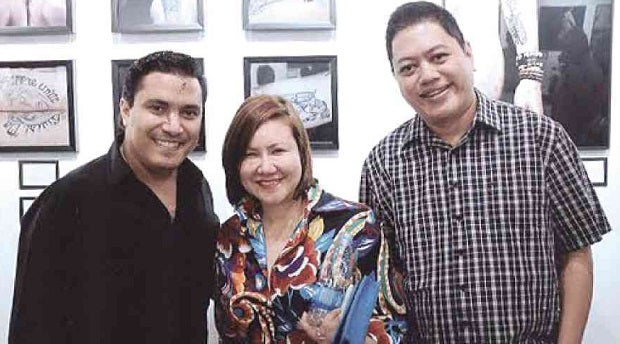 The Imperial Palace Waterpark Resort and Spa had a grand celebration of the Chinese New Year in the open air at its Familia Garden. The eyes of the lion were dotted, the dragon dance wound its way to constant clanging, and the Yee Sang salad was tossed as high as the starry sky.

The observance was capped by a magnificent display from Dragon Fireworks. Justin Uy thanked everyone, and in his speech praised God for having spared Cebu from the wrath of Supertyphoon “Yolanda,” which from all indications was supposed to have hit Lapu-Lapu, Mandaue and Cebu cities.

The United States Potato Board brought to Cebu the US Potato Safari, a multi-event undertaking to promote US Frozen Potatoes.

The “safari” hopped from Maribago Bluewater resort in Mactan to Café Laguna in Ayala Center Cebu City, Ansani’s restaurant in Nivel Hills and further up to Marco Polo Plaza Hotel.

Our turn to savor a six-course menu that involved US Frozen Potatoes came over lunch at the Manila Room of Marco Polo. Preparations were done by celebrity chef Sau del Rosario, also a consultant with the US Potato Board.

It all started with salmon on a potato brioche, and Eggs en Cocotte which was simply delicious, and as energizing as almost raw eggs can be. That’s something we learned from “The Perfumed Garden,” or ask any chef from Araby.

The creamy onion-garlic soup had a potato crouton on the edge. It was followed by sea bass smothered in potato mash. The canard was tough, redeemed by its garnish of potato gratin.

For dessert there was potato butter pudding with a scoop of potato orange ice cream. Of that, we could have had a second ration.

Making all the arrangements to ensure the success of the “safari” was Dessa Virtusio, vice president for account management of Virtusio PR International, owned by her parents Romeo and Lulu Virtusio.

With Dessa had come Joy Bordador, the firm’s media relations officer, who, weeks before the event, had efficiently e-mailed, called and followed up with reminders to the guests about their attendance to the various potato celebrations.

The US Potato Safari did not end there. It is now on until May 31 at Café Marco, for lunch or dinner, in Marco Polo Plaza Hotel. Executive chef Stefano Verrillo will show what one can do with US Frozen Potatoes aside from French fries.

The Cebu Bonsai Society and the Cebu Suiseki Society held a joint exhibit at Atrium C of SM City Cebu, with a record attendance of enthusiasts as well as the general public.

Bonsai is the Japanese art of dwarfing trees in urns or receptacles. It is amazing how they can bloom and even bear fruit in such constrained conditions. It is all in the caring, we are told.

Suiseki, which also originated in Japan, is the collection and display of stones as found in nature. They can be smooth or rocky, big or small, and shaped any which way. Look around you and pick up some. You will be surprised at what you can gather.

Body heat was at fever pitch in Qube Gallery at Henry Hotel the night Jon Gotiong and Maris Holopainen opened “Tales from Our Skin.”

There are also photos of body parts but the best one is “Unity” depicting a male/female couple whose bodies are laced with tattoos.

This exhibit made a sensation in Seoul, Korea, last November. As Nigro says, he explores the human figure, aiming to integrate simplicity, strength and emotion.