Who are the Sansons of Cebu? | Lifestyle.INQ ❮ ❯ 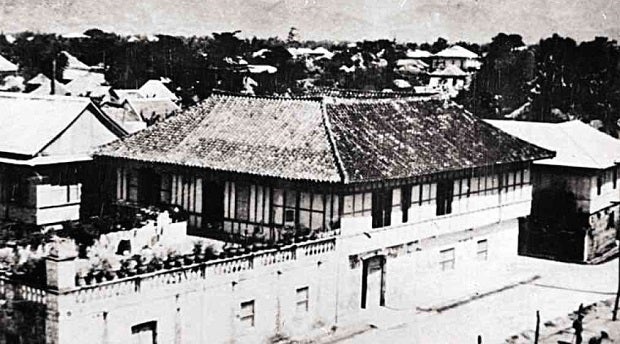 Who are the Sansons of Cebu?

The Sanson clan is one of Cebu City’s historical families, whose roots in this oldest of Philippine towns could be inferred from documents dating to the late 18th century. Copious data, primarily from the National Archives, attests to their prominence.

No, the Sansons never became as wealthy as the Velosos in the second half of the 19th century, but they were as powerful as the Osmeñas throughout the 20th century. What they had was something more ineffable. What they enjoyed was prestige.

The classic colonial setup, especially when the conquerors were outnumbered by the conquered, was the institutionalization of the elites. Former chieftains and their families became the principalia or “a social and political aristocracy on the village level” of the Spanish period.

In the case of the Chinese who settled in the Philippines to take advantage of the galleon trade, the formation of ghettos (where the infidels could be proselytized to Roman Catholicism), known as the parian, also became a reality.

The Spanish Crown later recognized the leaders of the Chinese Christians as also part of the principalia, and like their native equivalent, could carry the Hidalgo titles of don or doña, were permanently exempted from tribute and labor services, and exercised the right to hold public office and participate in elections. In office, they were granted such emblems of authority as canes, hats and a retinue of deputies.

In return for hereditary privileges under the Laws of the Indies, the principalia served the Spanish Crown as collectors, enforcers and judges.

Legend has it that the Sansons of Cebu, or even those of Iloilo, where a parian called “Molo” exists to this day, originally came from Binondo, Manila. The legend appears to be supported by fact, for a document from the Archivo General de Indias recorded in 1653 described one Juan Sansón as “mestizo de sangley, intérprete del guardia mayor de los champanes de China.”

Chinese mestizo like Sanson rose in numbers and in influence with the repeated Chinese pogroms in the first half of Spanish rule. These half-breeds fanned throughout the Philippines in an entrepreneurial drive no different from that of their fathers. Thus, in the 18th century, they could be seen as far south as the province of Caraga Antigua, today’s Agusan, Surigao and East Davao.

At the dawn of the 19th century, the hub of the island’s renewed economic activity was the former Chinese ghetto of the parian, where Don Jose Hilario de Sanson rose to public esteem as the escribano publico or provincial century.

In the 19th century, Cebu had awakened from slumber as a commercial backwater and Don Jose had become a notary public, one of the highest positions then available to non-Spaniards. The Parian of Cebu in those days was already populated by Chinese mestizo who wielded power not just as traders and moneylenders, but also as holders of cynosural offices, almost like Sanson’s.

As the notary public, Don Jose Hilario registered the sale of property such as houses, boats and urban or rural estate, as well as the drawing of final wills and testaments, inventories of estates, mortgage contracts, and charters founding businesses. He also determined if the parties involved were vecinos (mere citizens) or principales (elites).

Perhaps because of his high position, the Cebu Sansons, until their slow decline after 1860, used the ennobling “de” before their surname, a name they used way before the Claveria Decree of 1849 that required Filipinos to use a family name.

Don Jose Hilario is the oldest traceable paterfamilias of the entire Sanson clan of Cebu. With his union in marriage to Doña Lucinda Feliciana (as yet no surname), the sister of one Cebu’s earliest secular priests, Padre Don Pedro de San Rafael y Vasquez (most probably of the latter identified Valle family), would come the Sanson possession by 1839 of terrenos (land) in Cebu City’s adjacent towns of Mandaue and Talamban.

Talamban was also known as Mabolo, its sole barrio possessing a shoreline, and at that time also included the barrio of Lajug (Lahug), the very terminus of this town before reaching the Cebu City hinterlands.

His son, practically his junior, named Don Hilario Jose, who also became the escribano and the interino del Gobierno Intendencia de Visayas, then appeared to have added to this inheritance with his own marriage to Doña Margarita Rodis; she kept her surname, in the Spanish custom.

The doña had her own lands in Lajug that she willed to her son Valeriano, who would serve the city as gobernadorcillo (mayor) of the mestizo gremio, the ethnicity-based tax guild of the era.

On June 8, 1860, Don Valeriano would purchase a usufruct on lands in addition to what he already inherited in Lajug.

Valeriano’s agricultural lands in Lajug would come to the hands of his minor children, Miguel and Quintiliana, after his death in 1889, as announced in an edict published in Cebu’s first newspaper, El Boletin de Cebu, that named Don Victoriano Osmeña the legal guardian of the orphans.

Miguel, in adulthood, became a lawyer and served Cebu city as a fiscal and a councilor, and became one of the founders of what has become the University of Southern Philippines Foundation. But his marriage to Soledad Duterte from the old Spanish mestizo family of Cebu did not produce a biological heir.

Miguel’s properties were much diminished, but shortly before his death in 1949, began to develop what remained of the Old Sanson finca rustica into a modest subdivision that carries the Sanson name to the present day.

Of the Sansons, little, too, has remained of the old stature, except for a wealth of memories. Cebu City decided after deliberation—with the help of scholars—to honor the clan as one of Cebu’s 75 Families of Distinction on the occasion of the city’s 75th anniversary in 2012.

“Wherever these families were 75 years ago and even beyond, they have done their share in making Cebu City what it is now,” Mayor Michael Rama was quoted in a news report. It was a year of honor for the Sansons.