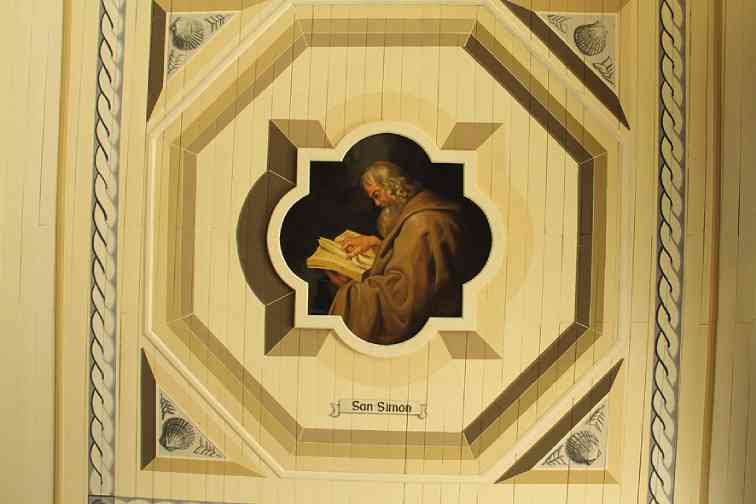 Important details of the St. James the Apostle Parish, one of the oldest Hispanic churches in Plaridel, Bulacan, can now be seen again after the church administration and a group of heritage conservators and artists successfully restored parts of the centuries-old structure last November.

Artist, architect and heritage conservator Andrew Alto de Guzman, who served as project director, said the task aimed for the promotion of appreciation of the legacies of “Quingua,” the old name of Plaridel before the 1930s.

“Some structural details of the Church have been hidden for three generations and it’s about time that the people know what heritage they have,” De Guzman said.

The two-year-long project reestablished the ceiling of the massive structure in three stages. Its first phase after intensive research was to uncover the church trusses, the tirantes or decorative beams, and the zapata or corbel, which support the original ceiling. In the ’70s, the ceiling was lowered to about a meter after tin sheets and wood were used to cover the top of the church interior.

The second step was to paint the mural works in the Trompe l’oeil tradition, based on archival photos. Among the images illustrated were those of the Christ, Mary and the 12 apostles. The look of the apostles were inspired by the paintings of Peter Paul Reubens, who was famous in the Western world during the same period of Quingua Church’s foundation.

Pope Clemet VIII’s coat-of-arms was also included since he was the pontiff when the church was founded in 1605.

The last part of the restoration was the application of the palitada. Lime plastering, provided by Escuela Taller, was used in the upper portion of the capitals. Also, at this stage, the group had the old-rose windows exposed again after being covered with adobe for a number of decades.

The rose windows are round windows located at the two sides of the church and at the choir loft. Its significance, especially during the early Hispanic era, was that it allowed light to enter the church when there was still no electricity.

The proponent of the project was St. James the Apostles Parish Church, under Fr. Dennis Espejo, then parish priest, in cooperation with the AADG Restoration Group.

According to De Guzman, based on their experience, one must be decided and dedicated to get things done in heritage conservation.

“We had limited budget,” De Guzman said. “It was also a challenge to figure out how to finish the work on time since we cannot work during mass and other church activities. We even worked during night.”

The family of Amado Buhain made the completion of the project possible through financial help.

History has it that the Augustinians—whose order’s presence has been in the country for 450 years now—founded the Encomienda Binto in the vast forest later called as Quingua in 1595. They built a mission chapel in this place, which came under the administration of the Parish of the Immaculate Conception in Malolos.

In 1602, Quingua became a separate town from that of Malolos, and the mission chapel was elevated into a parish by the name Parroquia de Santiago Apostol.

Relatively small compared to other Augustinian churches, St. James the Apostle Parish has a façade, which can be mistaken to have Moorish influence due to its minaret resemblance. It also has reliefs, featuring cherubs and images of St. Augustine and the pierced heart, the symbol of Order of Saint Augustine.

On one side of the church is an octagonal bell tower of four levels. On the other side is the convent, which is typical of churches during the colonial era.