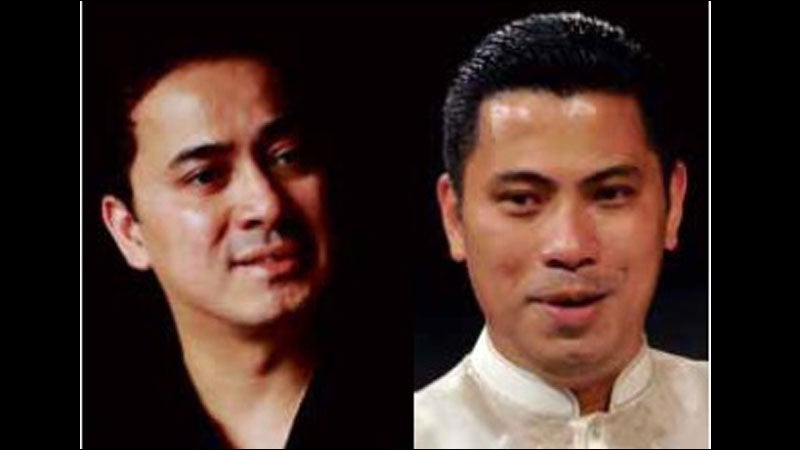 On April 12, 16 and 21, the  opera world will be watching when Filipino tenor Arthur Espiritu sings Edmondo  in Puccini’s “Manon Lescaut” at the Festspielhaus Baden-Baden, the  biggest opera house in Germany.

Espiritu will share the stage with soprano Eva-Maria Westbroeke as Manon. The Berlin Philharmonic will play under the baton of the eminent Sir Simon Rattle.

“Yes I am quite excited working with Sir Simon Rattle,” the tenor told the Inquirer. “Actually the production is a chance to get on the mainstream crowd with the opportunity to get heard and be on a DVD and television live broadcast with a major international TV station.”

It was in that opera house in Frankfurt that Romanian diva  Nelly Miricioiu sang “La Boheme” with the Rodolfo of Gonzaga. (He had sung his first “Otello” in the national theater in Prague.)

Another milestone is Filipino baritone Jonathan Zaens singing Dulcamara from Donizetti’s “L’Elisir d’amore” and Alidoro from Hasse’s “La Sorella Amante” at the Neukoeliner Opera Berlin; then the Abbot from Britten’s “Curfew River” at the New Opera Stage Berlin and King Xerxes from J.C. Bach’s “Temistocle” at the Berlin Chamber Opera.

Zaens also sang the baritone part in the world premiere of Stockhausen’s “Duefte-Zeichen” at the 2003 Salzburg Festival.

Other Filipino classical singers who have performed in Germany: Soprano Evelyn Mandac sang Susanna opposite Kiri Te Kanawa’s Countess in “The Marriage of Figaro” at the Salzburg Festival. Mezzo soprano Conchita Gaston was the definitive Carmen in Holland and Germany.

Many decades earlier, eminent  composer Richard Strauss coached and conducted our  very own Jovita Fuentes in the German production of “Salome.”

In his most recent German engagement,  Espiritu  sang the role of the lovesick Ernesto in a well-received production of Donizetti’s “Don Pasquale” at the Oper Leipzig, the third oldest opera house in Germany. This was on the first week of February.

The tenor said the Don Pasquale of baritone Jose Fardilha from Lisbon was fantastic, and so were the Malatesta of Mathias Haussman and the Norina of Anna Virovlansky.

“It was a solid cast and no one acted diva or divo, which I loved so much,” said Espiritu. “It was just a lot of fun and, on the whole, it was just an amazing experience.”

The tenor was all praises for the opera house which traces its founding in  1693 and has  been the historic setting of many important events in  German musical history, from the time of Bach and Telemann to remarkable Wagner productions and to the world premiere of Brecht and Weill’s  “Rise and Fall of the City of Mahagonny.”

“The theater is just beautiful and the acoustics are amazing!  The walls are solid wood all over and the stage has depth.  The conductor was very singer-friendly and he was aware of what was  going on with the story.”

Espiritu has sung the Donizetti role three times and enjoyed its challenges.

“Ernesto in ‘Don Pasquale’ is one of those roles especially made for tenors who can sing with not just agility but with the capacity to sing beautiful legato lines.  Palpable coloration and a good handle on his higher tessitura without pushing is a must.  What I like about it is that it involves all the elements of bel canto.  Character-wise, it is quite simple and uncomplicated.”