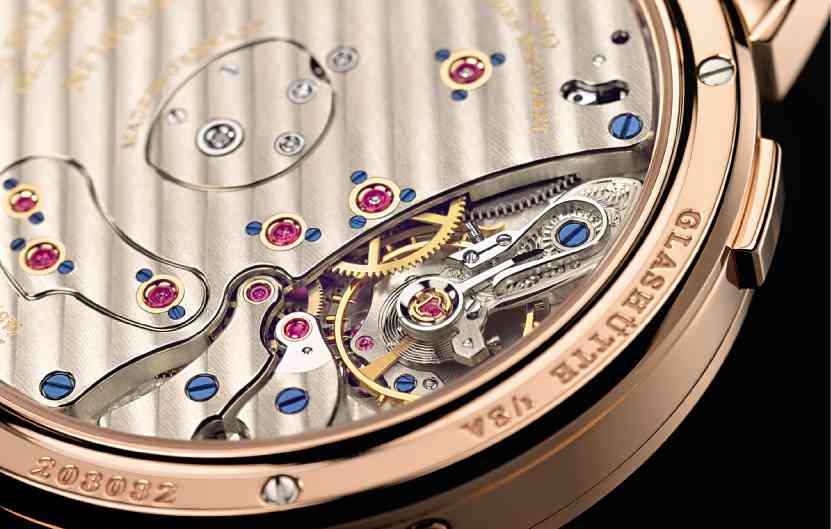 THE WATCH that’s beautiful inside out

In a world dominated by Swiss luxury timepieces, the presence of a high-end German-made watch brand seems like an oddity.

But if you look closely at the rich heritage, superior workmanship and painstaking attention to detail involved in making each A. Lange & Söhne watch, you’d realize that Germans are as adept in watchmaking as they are in making luxury cars.

The brand, which was established by famed German horologist Ferdinand Lange in 1847 in the town of Glashütte, is exclusively distributed in the Philippines by Lucerne.

It remained a family business, making the finest pocket watches that appealed to leading businessmen, members of royalty and explorers, until shortly before World War II.

“For almost 50 years, the company stopped producing watches until it reopened for business in 1994 with the launching of the Lange 1,” said Joanna Lange.

From producing purely pocket watches before the war, the company shifted to the design and production of wristwatches that incorporate the look and feel of its rich heritage, with an eye out on cutting-edge innovations such as the three-quarter plate and see-through backside made of sapphire crystal.

This transparent feature, which is both a marvel of technology and a joy to see, gives the viewer a 3D image of the watch’s polished and colored moving parts made of German silver. It’s a defining feature present in every A. Lange & Söhne timepiece, regardless of style.

Apart from winning numerous awards, which effectively reestablished the German brand as a major industry player, Lange 1 has since spawned numerous variants.

During the past 20 years, A. Lange & Söhne has also introduced four other product families, including smaller, more dressed-up variants with mother-of-pearl dial and diamond-encrusted bezel designed to appeal to women.

Following in the footsteps of the Lange 1 were Grand Lange 1, which distinguished itself from its predecessor with an enlarged case diameter; as well as Lange 1 Daymatic, Lange 1 Moon Phase, Lange 1 Time Zone, Lange 1 Tourbillon and Lange Zeitwerk, the last the brand’s first foray into digital display watches.

Events immediately after the war forced Ferdinand Lange’s descendants to shut down the company’s factory in Glashütte. By then, the town was effectively under the control of communists after Germany was divided into East and West.

“Walter Lange (Ferdinand’s great grandson) waited for the wall to come down in 1989 before restarting the company,” said Joanna Lange. “He didn’t want to do it in West Germany. He felt that there was a strong link between Lange (the brand) and the three generations of watchmakers that came before him.”

In short, it was Glashütte or nothing. His decision added more to the brand’s legend. Despite being under communist rule for more than 40 years, the town managed to retain its tradition as Germany’s watchmaking capital.

Although they had stopped producing luxury watches, Glashütte’s watchmakers still did good mechanical watches. In 1990, Walter Lange, who was then already in his late 60s, looked for

the best people to retrain based on A. Lange & Söhne’s exacting standards and brand philosophy.

After four years of training and product development, the house launched the Lange 1 in 1994. Soon after, the line won numerous awards in Europe, putting it on par with the best watches in the region, including those made in Switzerland.

Based on Weber’s brief presentation, each A. Lange & Söhne watch is assembled twice.

First, watchmakers assemble a timepiece to check its accuracy. Once they’re assured of its accuracy, they disassemble the watch before polishing each part. They reassemble it back again only after each part has been polished to perfection.

It doesn’t matter whether the moving parts are seen or hidden from view (close to 90 percent of parts are seen in certain models). No shortcuts are taken since every component is polished.

“You can also see the contrast and the different decorations and techniques that went into the making of a watch,” said Joanna Lange. “After all, we don’t limit ourselves to one type of polishing technique.”

Watchmaker specialists like Weber are trained to master at least 14 types of polishing techniques. Most of the parts are produced by machine, but the polishing and assembly are all done by hand.

“Each watch is different even though, say, they both have the same movement,” said Weber. “The difference is in the details. What you can be assured of is when a watchmaker disassembles a Lange watch for you, every part from the upside to the downside is polished by hand.”

Apart from using the best materials, it’s this attention to detail that has made people behind the brand confident that no matter how hard counterfeiters try, they won’t be able to come close to replicating the look and feel of an original A. Lange & Söhne timepiece.

“Up to now, we haven’t had any problems because they can’t copy us,” said Joanna Lange, referring to counterfeiters, especially in the booming but challenging Asian region. “Our attention to detail can never be achieved in mass-produced counterfeit watches.”

Because of this exclusivity and attention to detail, the company is unable to produce enough watches to meet demand. Customers would usually have to wait for at least one year to get their hands on their orders.

“The Lange 1 is still the most iconic and most salable,” said Joanna Lange. “Production time usually takes from seven months to one year.”

Weber believes copying is “technically impossible.” Unlike in not a few watch companies, learning at A. Lange & Söhne isn’t limited to two short years.

“Our apprenticeships take three years,” he said. “And even after you’re finished, it takes another three years to work on your own before you can even become an expert in Lange watches.”