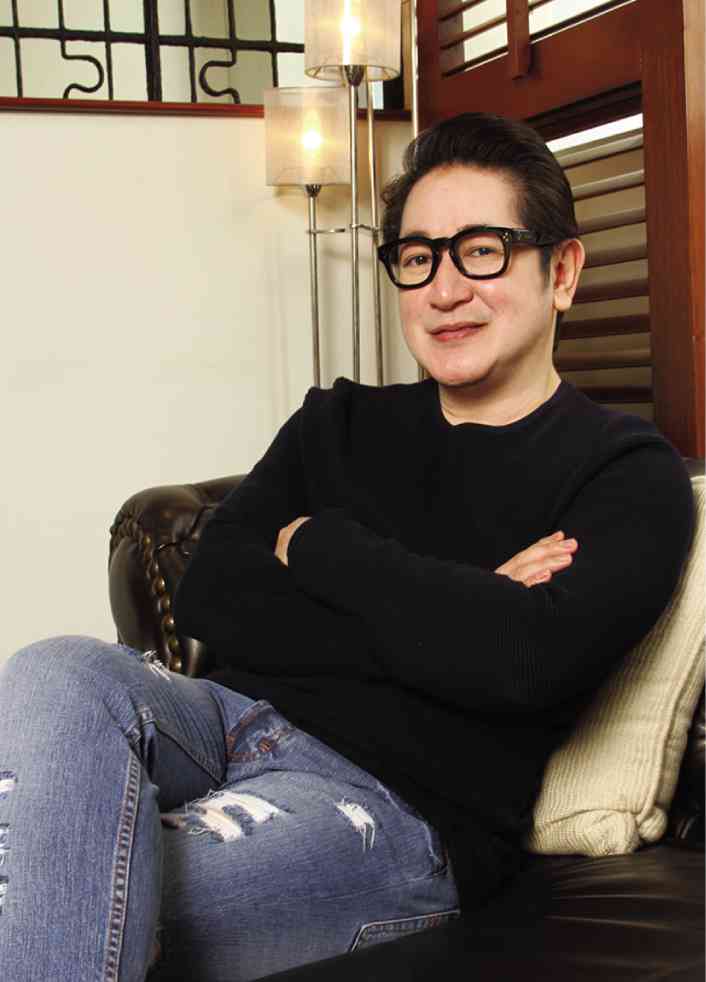 Days before the State of the Nation Address last year, TV reporters had been camping out of designer Paul Cabral’s workshop, hoping to get sound bites about how he was going to dress up President Benigno Aquino and his sisters.

But with his innate sense of propriety, he sought permission from the sisters if he could reveal details of their attire. As for the President’s attire, “It’s more important that people pay attention to what the President says than to what he wears,” he said.

Intensely private, Cabral rarely grants interviews or even joins fashion shows. In his entire career, his only major outing was the eco-fashion show at the American ambassador’s residence, upon the invitation of then Ambassador Harry Thomas, who was more of a friend than a client.

Actors and actresses he has designed for have been picked as the best dressed in entertainment awards night.

In 2008, actress Lorna Tolentino, who wore Cabral’s long-sleeved black gown with a scroll trim around the neckline and a ruffled skirt, was named Star of the Night. She was photographed with Sen. Jinggoy Estrada, who wore a black suit by Cabral.

On the televised wedding of Judy Ann Santos, Cabral, the designer, kept a low-profile. When he designed Carmina Villaroel’s wedding gown, she only fitted the lining, thinking it was for a commercial. She came out picture-perfect for her surprise wedding, dressed in a strapless gown with floral appliqués.

Cabral rarely leaves his workplace in Quezon City. On one rare occasion, he went to Makati City for this interview, which also coincided with a consultation with Judy Ann Santos, who was at a recording studio in Salcedo Village.

Over a soft roll and a Caesar’s salad at the Long Bar at Raffles, Cabral requested to keep our meeting as a conversation instead of an interview. He told stories about his friendships with Ambassador Thomas, President Cory, Joe Salazar, and new buddy Vice Ganda, and the typical challenges of running an atelier.

Looking younger than 49, Cabral wore a long-sleeved sweater and cut-off Dolce & Gabbana jeans, and was shod in Loubotin loafers.

The seventh of 10 children, Cabral studied at Manila Science High School and majored in accounting at the University of the East. When he flunked the board exams, he joined his brother’s accounting firm.

“I ended up with headaches. I realized it wasn’t for me,” he said in Tagalog.

One day in the ’80s, Cabral came across Fanny Serrano in a department store. Serrano was a household word when it came to prettifying celebrities (“I’d like to thank Tita Fanny for my hair and makeup” was the standard tagline of celebrities on TV). Cabral bravely asked if he could work for Serrano, who took him as his personal assistant.

When Serrano opened a dress shop on Gilmore Street, Cabral would go to Divisoria to source the fabrics. He would watch Serrano work and when the designer went overboard, Cabral would rein in on his employer.

“If Fanny wanted to impress, he tended to go over-the-top,” he said. “You’d have to tell him to tone down the design.”

When Cabral started on his own, he used his sister’s townhouse in Quezon City. He would observe designers Aureo Alonzo and Joe Salazar. He credits Salazar as his mentor.

According to Salazar’s workers, Cabral was the only designer whom Salazar gave full permission to study his clothes.

“Joe’s clothes looked as if they didn’t pass through any hands. They were so clean,” recalled Cabral on Salazar’s fastidious workmanship.

Salazar commended Cabral’s painstaking attention to detail and refined aesthetics. When the late designer was pressured with too many deadlines for a wedding, he would let Cabral design the bridal entourage so that he could focus on the bridal gown.

For his fashion show retrospective, Salazar handpicked Cabral for the finale.

Through Serrano, he struck a friendship with Lorna Tolentino. Likewise, he met Kris Aquino through Leonie Diaz, Serrano’s former assistant, Kris’ makeup artist at the start of her career.

In 2000, Kris introduced Cabral to her mother, who not only became a client but also like family. Cabral has an extensive collection of Cory’s paintings. He recalled that when he went on a vegetarian diet, Cory had vegetable dishes prepared when he visited Hacienda Luisita.

Although Cory had been urging her son to wear Cabral during his Senate days, Mr. Aquino took notice of the designer when Cabral campaigned for him. Cabral said that Mr. Aquino was undemanding like his mother.

“When I would ask if the attire needed adjusting, he would say ‘Do what is the least inconvenience for you.’ Tita Cory was also like that,” said Cabral.

In 2009, Cory’s spokesperson Deedee Sytangco asked Cabral to design some gowns for then US Ambassador Kristie Kenney.

At the start of his posting in Manila, Ambassador Thomas had a barong and jeans made by Cabral. They became close friends.

Thomas, according to Cabral, was discreet about Mithi Aquino, a training director whom he met during the launch of a cruise ship. It was love at first sight for the diplomat. He made it official that he was dating her when they went to the US Marine Corps Ball.

“Harry likes to dress up. When he wears a suit, likes to wear patterned socks—dots, argyle, stripes. Most men just keep their socks simple. His choice of shirts and neckties is striking,” said Cabral.

Lately, Cabral has been buddies with Vice Ganda whom he describes as a fashion independent. “His style is unpredictable. He can be edgy one day then restrained the next. He knows what he wants.”

But no, he hasn’t made clothes for the TV-host/comedian.

Aside from Cabral’s rapport with his clients, the secret of his success is his perfectionism.

“I’m fussy about fitting and wrinkles. I would rather have problems in my love life rather than problems over clothes. I get a headache when I see a crooked seam or lumps and bumps. (I tell the seamstresses,) ‘What can I see that you can’t?’”

Then there are the usual headaches of dealing with the attitudes of his workers.

Despite the challenges, Cabral is thinking of relaunching himself next year.

“I want the next five years to be the best in my life,” he said. “I want to prove that this is the real me. I am not limited to a certain look or a certain age group.