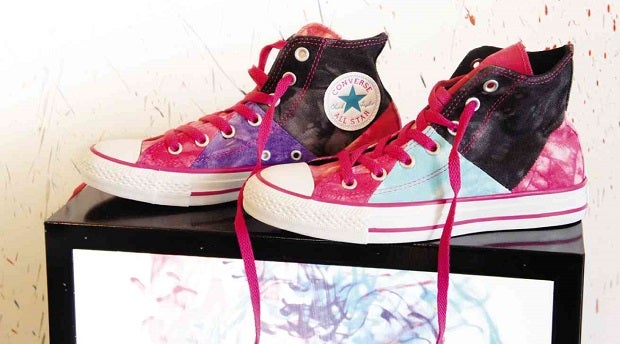 Many shoe brands claim to be cool, but only a few truly live up to it. In the case of Converse, looking cool is an aspiration that has been fulfilled by many of its avid consumers dating back to as early as 1917, when the Converse All-Star basketball shoe was launched—a shoe incidentally made popular by the brand’s first ambassador, Charles H. Taylor, the legendary “Chuck Taylor.”

Today, the name Chuck Taylor is inextricably linked to Converse’s world of cool. More than an ambassador, Chuck Taylor’s legacy lives in the form of sneakers in a style so distinct that they are instantly recognizable anywhere. Chucks have long been the footwear of choice of every angsty rock star, teenager, hipster, and urban folk. Even fictional characters in TV, movies and books are made to wear Chuck Taylors by their creators to help define their personalities.

At the preview of Converse’s spring-summer collection in Bangkok, a gallery tucked in one of the city’s back alleys housed the brand’s latest sneaker iterations. The art gallery, simply called “The Space Bangkok,” had its white walls transformed with splatters of paint, a reflection of the brand’s colorful spring ahead.

This season’s hues focused on amplified color for the Chuck Taylor All-Stars, with the intent of allowing sneaker fans to express their love for color on their feet. Having deep design archives (the brand is over a century old, after all), Converse saw fit to do its own throwback season by re-releasing colors and designs introduced in the 1970s.

For women, a new wedge sneaker was launched, allowing them to enjoy a heightened perspective (as much as two inches) without having to resort to heels and eschewing the comfort of sneakers.

Converse also wants to firmly cement its presence in street culture, having been longtime supporters of the movement. This year, it plans to expand its scope to include street culture music, art and design apart from skate and graffiti.

For the young creative types, the sleek, stylish and minimalist Jack Purcell features premium materials like tortoiseshell eyelets as a symbol of hand craftsmanship and solid design themes.

Long-term styles and collaborations from Marimekko and Maison Margiela are also in the works.