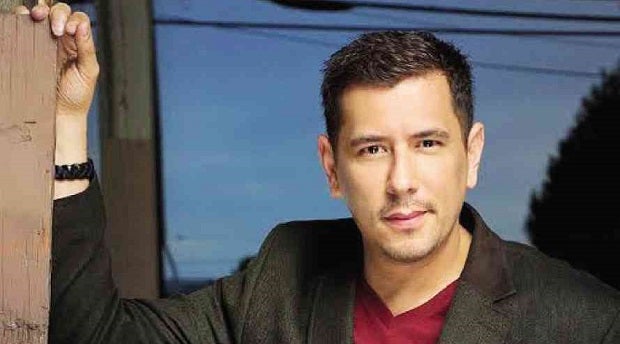 GARCIA: “Accept that throughout your career, you will be praised and criticized, neither of which is ameasurement of your success or failure. Only you can be the best judge of that.”

30-plus productions in 21 years–Bobby Garcia is stoked

“It is hard to believe how fast time has flown,” he says. “It has been a truly incredible journey that I continue to be so thankful for. The opportunity to tell stories and collaborate with great storytellers is really a gift not many are bestowed with. That truth doesn’t escape me for a second. I am blessed to be doing this.”

Garcia’s theater company Atlantis Productions attempted a partnership with Viva Entertainment a couple of years ago, but it was short-lived, producing only two shows. “Ghost The Musical” is Atlantis’ first co-production with a new partner, Ten Bridges Media Corp. of Bobby Barreiro and Tony Tuviera.

“With ‘Ghost The Musical,’ the producers have asked us to tell the story in a more intimate fashion and forego much of the hi-tech wizardry that went into productions that preceded ours,” says Garcia. “Using the same score and script, we are going back to the basics and finding a theatrical language to tell this beautiful love story about fate, destiny and what may lay in store for us in the afterlife.”

This year also marks the 15th anniversary of Atlantis, which has enriched Asia’s theater scene with such productions as “Hairspray,” Rodgers and Hammerstein’s “Cinderella” (Asia tour), “Dogeaters,” “Avenue Q” (Manila, Singapore), “The King and I” (Asia tour), “Disney’s Beauty and The Beast,” “Baby,” “Urinetown,” “Dreamgirls,” “The Rocky Horror Show,” “Jesus Christ Superstar,” “How I Learned To Drive” and “Rent” (Manila, Singapore), among others.

“In 15 years, we have journeyed from a spare room in my parents’ house to a full-force working office, and have produced over 30 plays and musicals,” says Garcia.

“I have nothing but respect and admiration for anyone who takes on this endeavor,” he adds. “I wish more people would take that leap of faith and produce theater. The moments of exhilarating fulfillment along with the moments of numbing hardship are life-changing.”

We remind him that Manila is not exactly a sponsor-friendly territory for theater and the arts. But Garcia would rather think positive.

“I’ve thought about this a lot and I don’t want to wave a finger at private companies and say, ‘You aren’t supporting theater enough!’ While that might be the case, I also think theater companies need to look inward and discover what it is about their specific productions that will appeal to the consumer base of the companies that they are approaching for sponsorship. I think we need to find a way to show corporations how beneficial it is for them to be visible partners in theatrical productions. They have a consumer base and a bottom line to fulfill as well.

“We have a long way to go in this, but I think we get closer every year,” he adds. “I think theater in the Philippines gets more vibrant and exciting every year.”

What has kept him going through all the bumps? “Passion. That’s all it takes. If I didn’t have the passion for this, I would have packed my bags a long time ago, given the hardships that come your way. Oh, and a thick skin helps, too. You need to make a lot of unpopular decisions and be okay with yourself for having made them. As long as those decisions are always made for the betterment of the show and not for the sake of pleasing your own ego.”

Garcia comes from a family who loves theater and the arts. He lived in Manila until he was 17, but frequent family trips found him watching shows in London and New York. It was while watching Yul Brynner in “The King and I” that he had a revelation—theater was something that excited him.

After earning an undergraduate degree from Fordham University in New York, he got a Masters of Fine Arts in Directing for Theater from the University of British Columbia in Vancouver. Garcia’s first directorial job in Manila was a 1994 production of David Mamet’s drama “Oleanna,” for Monique Wilson’s New Voice Company. The two would collaborate on a few more groundbreaking shows—“Angels in America” and “Rent” among them—before Garcia decided to put up his own company.

What does it take to succeed as a director?

“Know the story you are telling and know it well. Have a unique perspective on how you want to tell it, and then attempt to use the space you are telling that story as thrillingly as possible,” says Garcia.

“You also need to embrace the fact that theater is one of the most collaborative art forms. Unlike a painter who can sit by himself in his room and create a different world on canvas, we need other artists to join us in the creation of our art. So, a sense of collaboration is essential in any theatrical endeavor.”

For reference, he recommends a copy of Tadeusz Kantor’s “A Journey Through Other Spaces.”

“Make it your Bible. It has been mine. And also accept that throughout your career, you will be praised and criticized, neither of which is a measurement of your success or failure. Only you can be the best judge of that.”