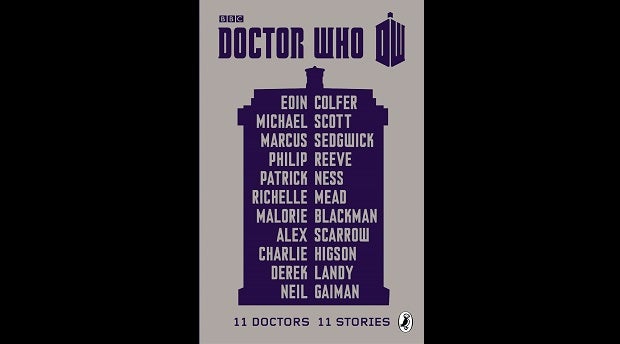 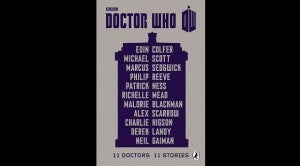 OF course, it’s a tricky question: “Who is Doctor Who?”

The simple answer: “Doctor Who” is the longest running science-fiction television show in the world, though the series and its benevolent, alien, time-traveling protagonist, simply called “the Doctor,” are very much a proud British creation.

Since it started airing on the BBC in 1963, “Doctor Who” has gained a cult audience in England.

After a hiatus in the 1990s, the show was revived successfully in 2005. Later, with the Tenth and Eleventh Doctors (played by David Tennant and Matt Smith, respectively) under showrunner Steven Moffat (who also happened to revive another British property called “Sherlock” for the BBC), “Doctor Who” took over the world’s pop culture much like the alien invasions of Earth that The Doctor tries so hard to prevent.

The Philippines has a passionate population of Whovians (that’s what avid followers of “Doctor Who” are called).

In 2013, “Doctor Who” celebrated its 50th anniversary and the show celebrated in style, with a special episode that essentially features the 11 (or 12, or 13, depending on your count) Doctors (near death, the Doctor regenerates into a new human-like form, allowing the series to keep changing the actors playing The Doctor). It also commemorated the anniversary with a special book.

That book is “Doctor Who 50th Anniversary Collection: 11 Doctors, 11 Stories,” (Puffin Books, London, 2013, 516 pages) with a great premise: Each of the 11 authors tackles the adventures of a specific incarnation of the Doctor. The new, Twelfth Doctor, played by Peter Capaldi, will make his full TV debut later this year.

The order meant that Colfer (“Artemis Fowl”) would handle the story of the First Doctor and the Eleventh Doctor’s adventure chronicled by Gaiman. Each story occurs as sort of an extra episode of the respective Doctor’s series, considered in canon, and proudly bearing the quirks and the flavor of the said Doctor.

The stories are, in a word that the Ninth Doctor (Christopher Eccleston) loved—fantastic. Each one has a combination of darkness and whimsy (varying to each extreme, depending on the tale) and impeccably written. It’s a great opportunity for those who have little or no experience of the pre-2005 Doctors to imagine what those beloved shows were like.

At the same time, the experience of reading “11 Doctors” is maximized by those with a thorough knowledge of all things “timey wimey,” with characters and references from the shows scattered throughout the stories.

The Doctor’s companions are represented by Susan, Leela, Peri, Martha Jones and Amy Pond. The Daleks are here (though they are a bit different), as are renegade Time Lords the Master and the Rani.

More than that, “11 Doctors” features a wonderfully diverse set of sci-fi concepts, including vengeful trees, space pirates, Vikings and monsters in ancient Babylon. Colfer’s swashbuckling tale of the First Doctor and Gaiman’s defense of Earth against an unusual invader are both excellent pieces, feeling like the best “Doctor Who” episodes.

The best story in “11 Doctors,” however, is Landy’s metafictional story of a villain who uses imagination as a weapon. It’s exuberant and funny, creative and cunning, all the things we’ve come to expect from this lovable and endlessly interesting British import—proof that “Doctor Who” really is one of the best TV shows of all, well, time.

Available in paperback from Fully Booked and Bibliarch.