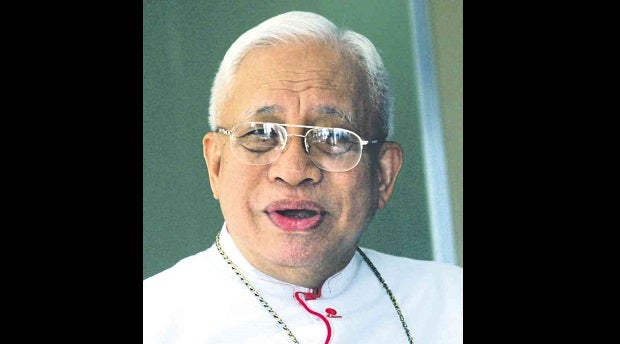 Cebu City recently celebrated the 77th anniversary of its charter, promulgated in 1937 through the efforts of the late Sen. Vicente Rama. He is the grandfather of current Cebu City Mayor Michael Rama who makes this yearly observance a truly grand event.

For one whole week there was a series of activities, culminating with a testimonial dinner at the ballroom of the Marco Polo Plaza Hotel. This was an occasion for the mayor to give special awards as well as cite the year’s most outstanding institutions and individuals.

Mayor Rama, dapper as ever in a dark suit, stood at the reception line greeting everyone with Vice Mayor Edgardo Labella, and the city’s protocol officer, Leslee Ann Reyes. Somewhere near was Angel Espiritu Sr., the city’s consultant for international affairs.

Hosting the well-planned program were Mia Ali Faridoon and Jonathan Cimafranca. They announced the entrance of the mayor and vice mayor, followed by a song of thanksgiving from the Fidelis Choir of the Redemptorist Parish.

The first highlight had the mayor bestowing the Centenarian award on Dionisia Atega who recently had her 101st birthday, still looking very youthful. Her daughter, Tata Atega, came from London for the occasion.

As dinner was served, the University of the Visayas (UV) Chorale regaled the guests with a repertory of Cebuano songs, among them “Pa Haloka ko, Day,” that can be translated as “Inday, let me kiss you.”

From the city’s Cultural and Historical Affairs Commission were Osman Jumalon, Ethel Matugas, Trifon Sode and Sharon Jakosalem. At the Rama family’s table were the mayor’s son Mikel Rama and his aunt Corazon Rama del Prado.  Dr. Wyben Briones and Edgar Chiongbian were with the anti-dengue group.

The awards program opened with the bouncy number “I Love Cebu” by the University of Cebu dance company. There was a number by the Dance Sport Team Cebu which has won many international awards. Much applause was generated by the Knapsack Dancers, led by star performer Monica Orellano.

There was a well-documented audiovisual presentation to the credit of the City’s Public Information office team headed by Elmer Labella. It gave everyone an idea of Cebu City’s achievements in the past 77 years, and its goals for the future.

The mayor then gave his special awards, assisted by Miss Cebu finalists Crystal Star Aberasturi and Grace Yap. Among them were Jose “Dodong” Gullas for his Halad music museum and David Odilao for having instituted the Sinulog festival which has become Cebu’s greatest tourist draw as well as a tribute to Sto. Niño.

Collecting awards for the outstanding institutions were Dodong and Nena Gullas and director Ann Piquero of the UV Chorale; Jumaida Jumalon for the Jumalon Butterfly sanctuary, a piece of paradise in the city where 139 species breed and flit; and Sonny Carpio for the Aboitiz Foundation in the field of community service.

Assisting the mayor with the outstanding individuals awards was Miss Cebu City Diane Muego. Called forth were Capt. Vicente Cejoco for military bravery; Francis Monera for business and industry; Augusto Go for education and philanthropy; Resil Mojares for journalism and literature; and Virginia Vamenta for media, focused on radio and column writing.

There were two posthumous awardees: Col. Manuel Segura, World War II hero who died at the age of 95 in November; and lawyer Esperanza Valenzona who died at 96 in January. She championed underprivileged and powerless youth through the Share-a-Child Movement.

To cap the evening, the Life Achievement Award was given to Ricardo Cardinal Vidal, who at 83, and for three decades, continues to be Cebu’s preeminent pastor.

He was greatly instrumental in the beatification and canonization of the first Visayan saint, San Pedro Calungsod. He has also recently begun the cause for beatification of what could be the next Cebuano saint—Msgr. Teofilo Camomot.

The response on behalf of the awardees was by Ginny Vamenta, sharp and spry in her 90s. She recounted her life story, starting right after the war as Cebu’s first radio announcer, up to the present as a columnist for the past 15 years of the Cebu Daily News, the Inquirer’s sister publication in the south.